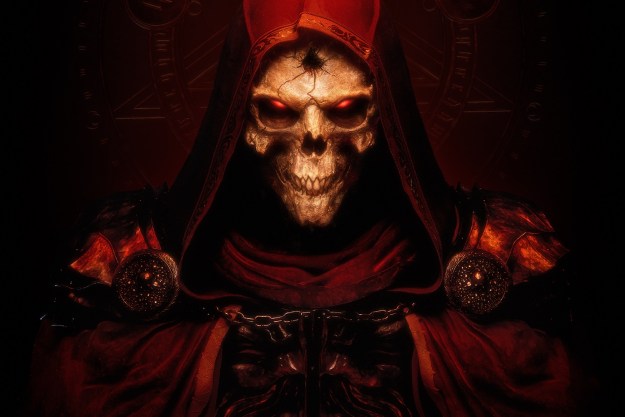 “Diablo II: Resurrected preserves the original game while still showing just why it was considered a legendary game in the first place.”

When we talk about game remasters, Diablo II: Resurrected should be regarded as a gold standard. It accomplishes what many other remasters fail to do; it truly captures what it felt like playing the original game all those years ago. While the game certainly shows its age, it has the fundamental skeleton that so many action RPGs have resurrected for their own needs.

With Diablo II: Resurrected being as strong as it is, reviewing it somewhat challenging. To cut straight to the point, this is pretty much just the original Diablo II with a new coat of paint. There are really only a few major — and I use that term loosely — changes that affect gameplay. In the remastered version of Diablo II, the stash size has increased and it is now easier to share loot with your other characters. Also, characters can now auto pick up gold when they run across it. The improved audio, graphics, and Battle.net implementation all do enhance the game, but they do not radically alter it in any way. If you played the original, you know exactly what to expect with the remaster. And that’s a very good thing.

For those who never played Diablo II back in the early 2000s, Diablo II: Resurrected is the remaster of the ARPG that every subsequent ARPG, like Torchlight and Path of Exile, has used as a basis for their gameplay. Picking a character, jumping into dungeons, collecting a plethora of loot, and a unleashing a flood of spells and viscera all started here. Well, it probably started with the original game, but Diablo crawled so Diablo II could run. This remastered version focuses on small quality of life changes and keeps the majority of the original game intact.

Diablo II: Resurrected exists simultaneously as a relic of old-school gaming while still having everything a modern game needs to be inviting and addicting.

Diablo II already mastered merging casual and hardcore gameplay years before these games were even conceived. A player can easily create a character and just go with the flow and still see everything the game has to offer. I was doing Baal runs and diving into the Secret Cow Level back in the original game when I was 10 years old. Or you can really buckle down to min/max your character and routinely knock out the last boss of the game in under three minutes.

Fans of ARPG games should absolutely check out this game, for no other reason than being able to see where this genre really took off. While the game is technically 20 years old, it still has an incredible loop for players to sink their teeth into. Delving deep into dungeons and collecting tons of loot is still incredibly fun, especially if you want to play with other players. Up to eight players can jump in together to experience the entirety of this game, which is two more than Torchlight 2 and Paths of Exile multiplayer modes. Diablo II: Resurrected exists simultaneously as a relic of old-school gaming while still having everything a modern game needs to be inviting and addicting.

Welcome back (to Hell)

I’ll turn my attention to players returning to Tristram after being gone for so long. Hello, hope you’re well. This game? This game right here? It is exactly how you remembered it. Many players are cautious when they hear that their favorite game is getting a modern update. Sometimes this will gut the game and turn it into something unrecognizable. Other times it fails to deliver on its promises and you wind up with a half-baked game filled with stiff animations and broken dreams, like Blizzard’s own Warcraft III: Reforged.

In my head, I thought the original Diablo II looked like the remastered version.

Diablo II: Resurrected is one of those remasters that manages to catch lightning in a bottle simply by following a straightforward mantra: If it ain’t broke don’t fix it. Besides the graphic and audio revamps, the game is largely untouched from the original. It plays exactly how you remember it, and it looks exactly how you thought it did all those years ago. During the game, you can tap a button and have it revert back to the graphics from the original game. The original graphics are definitely outdated and incredibly pixelated on a 4K monitor. It feels like almost a mind game. In my head, I thought the original Diablo II looked like the remastered version. It is just more proof of how nostalgia can mess with your head.

If you are still pining for those days of frantically opening town portals to recover your body from a particularly tough fight or challenging your friends in player-versus-player combat for nothing but bragging rights and dismembered ears, then this remaster is meant for you. It’s as if no time has passed.

For a game that is over 20 years old, it is still shocking how seamless the gameplay can be. All those years ago, Blizzard figured out what makes ARPGs so much fun: Violence and treasure. There are plenty of times where Diablo II can go punch for punch with many modern games, and the remaster only adds a shiny coat of paint on it to make it look more up to date.

However, video games didn’t just sit in a dark room doing nothing for the past 20 years. Many developers used the original Diablo II to learn from its mistakes. Oftentimes, Diablo II can feel monotonous with just room after room of enemies to fight and nothing else. Loot management can also be a sore point, as the inexperienced will often find themselves completely overburdened with loot and uncertain what to do with it all. There is no way to offshoot gear out of your inventory without taking a break from the dungeon and heading back into town. This can be tiresome and breaks the momentum that players are building.

It sometimes can feel like taking a tour of old-school gaming, seeing what irked players decades ago.

Enemies can also be rather, well, dumb. The army of Hell is technically terrifying, but you will see these horrific creatures standing there waiting to be hit without retaliating, or not understanding how to walk around a pile of urns. The remastered version doesn’t address these issues. All these pains of the past are still here.

These issues are certainly not game-breaking. After some time with the game, you will manage to work around them. It sometimes can feel like taking a tour of old-school gaming, seeing what irked players decades ago.

With the perspective of where Blizzard is now — the publisher is currently embroiled in a companywide scandal that prompted an investigation from the Securities and Exchange Commission — and what Diablo means to the world of gaming, I can’t help but think of the persistent theme of this series: Failure.

These games are about failing despite the best efforts of the characters. The events of the story of Diablo II are the aftermath of the failings of the player characters of the first game, Diablo. Throughout Diablo II’s campaign, you will see the world and people residing in it fail to accomplish what they set out to do. Even Diablo III is filled with the failures of the past and of characters trying their best. All this leaves you, the player, failing time and time again throughout your march through Sanctuary. Failing at killing the Prime Evils, forcing you to do countless corpse runs to reclaim what is yours. Failing at getting the exact gear you need to make your class build worthwhile. Failing to gather all your friends up for a full night of Baal runs.

To be absolutely crystal clear, I am not saying Diablo II: Resurrected is a failure. It is by all accounts a massive success for a remaster. But the modern context that the game is releasing can’t be overlooked. Blizzard and its workplace culture failed its creation, leaving a black mark on it legacy.

Many things have changed since the original game came out all those years ago. Blizzard was just a small, scrappy developer with a lot of ideas and ambition. Now Blizzard is part of Activision, one of the biggest game development companies in the world, and is almost unrecognizable. With the recent lawsuits against Activision Blizzard, one can’t help but wonder what this means for Diablo and its community. What place does it have in our world, now that we know more about the allegations of harassment and workplace mistreatment?

Celebrating the original game, along with its remaster, can make some feel understandably uneasy. How can we praise a game when it is embedded into a system that perpetuates abuse to its workers? Will condemning the game help us progress to a world where game developers are fairly treated? There are no easy answers. I want to support the developers who had nothing to do with the pain that circles this company. I want the passion of those people, which is on full display in this loving remaster, to shine through this thick cloud and have them pave the way for a better future.

Diablo II: Resurrected is a huge accomplishment for a remastered game. It preserves the original game in amber while still showing just why it was considered a legendary game in the first place. It is perfect for veterans to jump back in and play as if you have been playing it for the last 20 years. It is also still approachable to new players who can finally see what all the hype is about.

Games like the Torchlight series and Path of Exile learned a lot from the original Diablo II and have made efforts to modernize the ARPG genre, but Diablo II: Resurrected is still the king.

From beginning to end, the story will take about 10 to 12 hours to beat, though the game doesn’t end when the credits roll. You can spend countless hours rushing bosses and perfecting your character builds until you are blue in the face.

Yes. It’s a must-buy for fans of the genre and those interested in gaming’s history. Though we recommend reading up on Activision Blizzard’s workplace scandal first, as it may inform your buying decision here.