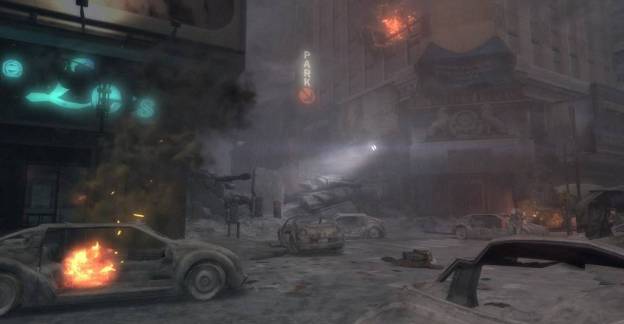 “Our intention is to make sure id Software will continue to do what they do best – make AAA games,” ZeniMax Media CEO Robert Altman said in 2009 following his company’s acquisition of id. “Our role will be to provide publisher support through Bethesda Softworks and give id Software the resources it needs to grow and expand.” At the time, the purchase was hailed as a huge coup for ZeniMax. Not only did it bring one of the most renowned gaming developers in the business into the family, it brought with it John Carmacks’s new id Tech 5 engines, as well as two planned titles: Rage and Doom 4. Four years later one of those games released to modest sales, and the other hasn’t been seen or heard from since screenshots of a beta version leaked in February 2012, prompting speculation that it is dead.

The official line from Bethesda is that, ten years after the release of Doom 3 and six years after its initial announcement at Quakecon 2007, id Softworks is still making Doom 4 using the id Tech 5 engine, and planning for it on PlayStation 4, Next Xbox, and high-end PCs.

Following an exhaustive report from Kotaku’s Jason Schreier that you can (and should ) read, as well as comments from Bethesda Softworks’ marketing director Pete Hines, things are clearer: Doom 4 still exists, but it’s being remade for what may be the third time.

“An earlier version of Doom 4 did not exhibit the quality and excitement that id and Bethesda intend to deliver and that Doom fans worldwide expect,” Hines told Kotaku, “As a result, id refocused its efforts on a new version of Doom 4 that promises to meet the very high expectations everyone has for this game and this franchise. When we’re ready to talk about the Doom 4 id is making, we will let folks know.”

According to four anonymous sources from within id that spoke with Kotaku, however, the game is far from release even after the studio scrapped that earlier version confirmed by Hines, as well as another version developed between 2007 and 2011. Following the lukewarm reception of Rage, a proposed sequel to that game was cancelled and staff from that title was reassigned to work on Doom 4. Merging the staffs proved problematic though, and many of id’s best were either fired or left.

If Schreier’s sources are correct in that id is no longer working on other projects besides Doom 4, then it’s clear the studio is still far away from delivering a finished game. Id is actively searching for new employees to fill key positions with the studio, including senior gameplay and AI designers as well as level designers.

How to cancel PlayStation Plus
Everything you need to know about the new PlayStation Plus
With Bungie purchase, Sony is playing on Microsoft’s level
4 takeaways from Microsoft’s Activision Blizzard bombshell
Don’t miss this (Oculus) Meta Quest 2 bundle deal – save $50
Best Gaming PC Deals: Save on Alienware and HP
Xbox Game Pass adds Lego Star Wars and a former Switch console exclusive
Summer Game Fest returns just before E3 2023 next June
How to exfil in Call of Duty: Warzone 2.0 DMZ
Blaseball makes its absurd return in January with a dedicated mobile app
Amnesia: The Bunker takes survival horror into a ‘semi-open-world’ sandbox
Pokémon Scarlet and Violet Titans guide: locations, weaknesses, and more
All cross-platform games (PS5, Xbox Series X, PS4, Xbox One, Switch, PC)