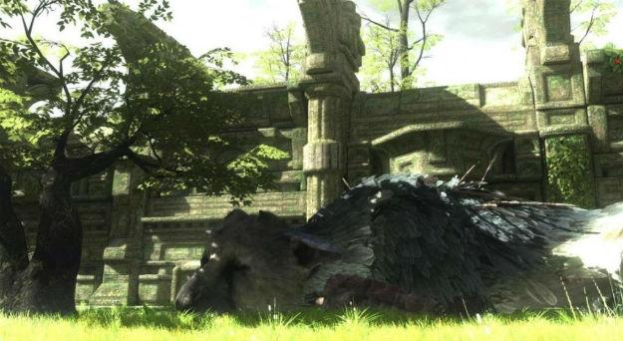 With the PlayStation 4 rumored to be making its first public appearance on February 20th, some of the more than 70 million PlayStation 3 owners may be wondering what will happen to the games announced for Sony’s HD console but still haven’t seen release. God of War: Ascension will be out in March, The Last of Us is due out in June, and Beyond: Two Souls will follow later this year, and that’s in addition to promising PlayStation Network games like Sony Japan’s Rain and Puppeteer. For a console in its seventh year and with a successor on the way, that’s an impressive slate of exclusive originals. Where, though, is The Last Guardian? Fumito Ueda’s follow up to Shadow of the Colossus remains invisible four years after it was first announced.

As has become routine over the past two years, Ueda offered up a vague but heartening update on the project via his own webs

“Because there have been so many inquiries,” begins Ueda, hoping to quell some of the skepticism about his project as it enters its alleged seventh year in production, “As some of you may have heard, I left Sony Computer Entertainment Japan Stuido some time ago to pursue my creative passions. Nevertheless, I continue working on The Last Guardian as a freelance contributor. While it’s been a long time coming, The Last Guardian remains under my creative supervision and is still in development by an incredibly talented team.”

“I should also mention that details regarding The Last Guardian’s release is solely decided by Sony Computer Entertainment, not myself. Please keep an eye out for an official announcement.”

While Ueda’s fans thirsty for a game similar to Shadow of the Colossus and Ico may not find much to get excited about in Ueda’s statements, it is at least promising hear that Ueda retains creative control of the game. Since his resignation from Sony in 2011, Ueda’s been unable to provide much clarity about his role in the project. In June 2012, Ueda said that development has been “business as usual” but that he couldn’t “really comment on the details.”

Sony Studios boss Shuhei Yoshida indicated in August that a significant amount of work on The Last Guardian had to be completely redone. “We had the game playable,” said Yoshida, “At one point we felt that it would be produced for a certain time period. That was the time we prematurely talked about the launch window. But it turned out the technical issues are much harder to solve. So the engineering team had to go back and re-do some of the work they had done.”

“The team is still working very hard on it.”

“Team “being the operative word. Yoshida never mentioned Ueda by name. Now, though, it’s clear that the iconic director is still hard at work on what may be the last great PlayStation 3 game.

Diablo IV will have a season pass and cosmetic-only microtransaction