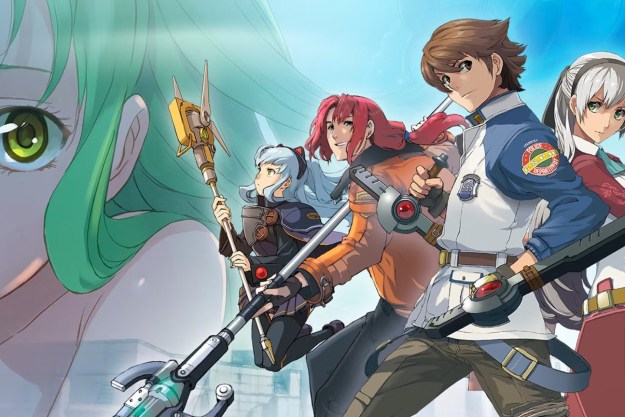 “The Legend of Heroes: Trails from Zero puts together a politically engaging story, fun gameplay, and likable heroes into one epic RPG.”

About a decade ago, a global simultaneous launch was unheard of for Japanese games outside of the biggest publishers such as Nintendo or Square Enix. That’s slowly changing as more publishers embrace worldwide launches for a style of game that was sometimes exclusive to one part of the world. Japanese developer Falcom has been slow in picking up this trend and you can see that reflected in The Legend of Heroes: Trails from Zero. The RPG was first released in 2010 for the PlayStation Portable in Japan, but was never released for the West — until now. NIS handling publishing duties.

With the duology officially being localized, players outside of Japan will now be able to understand and contextualize all of the events in the city-state of Crossbell that interconnect with those of Sky and Cold Steel. This is important going forward because future games in the franchise will contain characters from all three of these past titles, including the upcoming The Legend of Heroes: Trails into Reverie, which is also slated to come out next year for the West.

Despite being over a decade old, The Legend of Heroes: Trails from Zero‘s fantastic story still holds up thanks to phenomenal world-building fraught with the political subterfuge and likable characters that the franchise is known for.

The State of Crossbell

Trails from Zero follows the Special Support Section (SSS), an offshoot group of the Crossbell Police Department that’s meant to tackle odd assignments. This includes jobs such as exterminating powerful monsters out in the field or simply just collecting overdue library books for a front desk clerk. This makes the game’s various main quests and sidequests very entertaining and varied, as you get serious moments about a family almost losing their son to a monster attack, and then another moment where a daughter is berating her father for reading boring books about trains.

There are four main characters in the SSS: Lloyd Bannings, Elie McDowell, Randy Orlando, and Tio Plato. The SSS is assigned to investigate the dark underbelly of Crossbell, a city-state that lies between the Erebonian Empire and the Calvard Republic. What makes Crossbell such an engrossing political setting is that it is a designated neutral zone and both nations claim sovereignty over it. As a result of the fight for control over Crossbell, the city-state is filled with political corruption and organized crime that institutions, including the police, turn a blind eye to.

The story has fantastic pacing as each chapter builds on the conflict and tension in the prior one. For example, the first chapter involves the SSS trying to stop two rival gang factions from starting a bloodbath with each other downtown. As it goes on, the connections between each story event start to unwind, giving a clearer picture of how deep the rot goes within Crossbell. Each chapter is filled with wild twists and turns that keep piling up, keeping me engaged with the story until the end.

Despite Trails from Zero’s age, the minute-to-minute gameplay has aged incredibly well, both in and outside of battles. In each chapter, the SSS is given multiple assignments, which include the overall main quest and a bunch of sidequests, the latter of which mostly expire at the end of the chapter. While you can just follow the game’s critical path, Trails is one of the very few series in which every single sidequest is thoughtful, entertaining, and helpful.

Exploring these sidequests often provides valuable items such as accessories to equip your party with. They also offer substantial world-building. For example, there’s one sidequest that involves the SSS gathering flowers for a funeral home, but it turns out that the person in charge wants to pay respects to Lloyd’s older brother, Guy Bannings, who died in the line of duty. What follows is an effective conversation about Guy’s selflessness and dedication to helping others.

The battle system is turn-based, where characters can move around the battlefield and select from a variety of physical and magical attacks. It starts off a bit limited, but as characters level up, they learn new Crafts to fight with. Crafts are special skills that have different uses and properties. Lloyd’s Axle Rush only covers a small circular area. but is able to push enemies backward and spread them out, while his Encourage ability increases the morale of his teammates within a certain vicinity around him. Each character has both unique attacking and supporting crafts that keep battles fun as the game progresses, continually making heroes feel stronger.

There is a vast diversity of different builds to make sure the combat doesn’t feel stale.

While each character only learns about five Crafts, the game’s real customization comes through in the Quartz system. Quartz are gems with various effects that can be slotted into each character and can be earned through item creation or sometimes as rewards for completing certain sidequests. Want to build Elie as a counterattack machine? Equip her with some evasion stat-boosting Quartz gems and watch enemies miss their attacks, activating a counterattack to have her deal damage when it’s not even her turn to act. There is a vast diversity of different builds to make sure the combat doesn’t feel stale.

As the international version of Trails from Zero is a port and remaster of the PSP game, tech isn’t its strong suit. Environmental textures are blurry and the character models look like they’ve been pulled out of a PS1 game. For some added context, the PS4 version doesn’t include any of the graphical enhancements and quality of life changes that the Nintendo Switch and PC ports will have. This is most likely because the PS4 remaster version already exists in Japan, and the Switch and PC versions are brand new ports commissioned by NIS.

It’s a shame that the presentation isn’t as consistent and up to par as the game and series overall deserve.

Another disappointment is the lack of an English voice track. The game has extensive voice acting and it would’ve been nice to include an English dub for those who prefer it over the Japanese one. It’s puzzling because the SSS and many other characters from the Crossbell arc make substantial appearances in both Trails of Cold Steel III and IV, which received full English dubs when they were localized in 2019 and 2020, respectively. As such, Lloyd and his comrades already have been cast with English voice actors.

These choices are understandable given that Trails from Zero is a much older game with a more limited audience and requires quite a lot of localization work considering how enormous the script is. However, it’s a shame that the presentation isn’t as consistent and up to par as the game and series overall deserve. Even so, I’m still very much looking forward to Trails to Azure coming to the West next year.

One thing to also note is that players may need to play the Trails in the Sky trilogy first before jumping into Crossbell in order to fully understand the context of events in Trails from Zero. The main protagonists of that series, Estelle Bright and Joshua Bright, have pretty substantial roles here.

The Legend of Heroes: Trails from Zero still gracefully ages where it matters in its story and gameplay. The interconnectedness of the franchise allows you to feel the political consequences and fallout of all of the big events happening in the game’s world. With its likable cast of characters, fun gameplay, and intriguing story, JRPG fans will have a great time with Zero.

The Legend of Heroes: Trails from Zero was reviewed on PS4.

Topics
The best Fire Emblem games, ranked from best to worst
Redfall’s May 2 release date revealed during Developer_Direct
Xbox and Bethesda’s Developer_Direct: how to watch and what to expect
The best RPGs for the Nintendo Switch
Best Gaming PC Deals: Save on RTX 3070, 3080, 3090 PCs
The best video game remakes reinvent the classics, they don’t just revisit them
Best Buy will give you a $10 to pre-order Hogwarts Legacy today
Save $620 on this Lenovo gaming laptop with an RTX 3070
AMD vs. Intel: which wins in 2023?
Forspoken settings: change these settings for a better experience
Add 2TB of storage to your PS5 with an SSD and save $70 with this deal
Fall Out Boy concert in Fortnite: start time, island code, and more
Marvel Snap is dangerously close to becoming a pay-to-win game