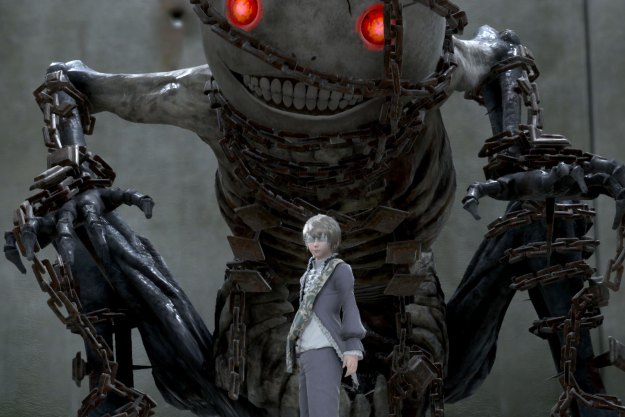 “NieR Replicant is still the same flawed game that it was in 2010, but a much-needed touch-up allows its fantastic story to shine.”

NieR Replicant ver.1.22474487139… looks to rewrite history. The action RPG is an upgraded version of NieR, a cult PlayStation 3 game that received a tepid reception when it launched in 2010. With 2017’s acclaimed NieR Automata salvaging the franchise, the redo might just be the cure that can turn the public opinion on a game that was doomed to obscurity.

That is, if players can get past the problems they had with it in the first place. That’s the tricky thing about remakes of this nature; they’re bound by fate on some level. The new version brings updated visuals and gameplay tweaks, but it’s still very much the same PS3 game with all its strengths and flaws faithfully preserved.

While the refresh can’t pave over fundamental design problems, NieR Replicant’s much-needed tweaks finally allow the original game’s fantastic story to shine. Players may find themselves rushing through a demanding experience to get there, but few games are as narratively bold and mystifying as this.

NieR Replicant’s opening sequence is about as arresting as they come. Players are immediately introduced to an apocalyptic setting filled with shambling Shades, creepy beings that look like they’ve been half-torn out of reality. We meet a panicked boy trying to protect his sick little sister as the two hole up in a run-down building. There’s a massive battle where the hero quickly shoots up to level 30, followed by a deeply unsettling time jump over 1,300 years into the future.

That’s just the beginning of a haunting story that never ceases to fascinate. Over a century later, that same brother and sister are somehow alive and surviving in a modest village established long after humanity’s collapse. The game begins as a quest for the boy to track down magical spells called Sealed Verses that can cure his sister’s mysterious illness, but that barely scratches the surface. It’s an entirely unpredictable story that’s a video game page-turner. The less you know about it going in, the better.

One notable change here is that NieR Replicant uses the protagonist from the Japanese version of the game. When NieR originally launched stateside, the optimistic brother was turned into a gruff old man looking to save his daughter. The change makes a big difference. The hero feels more vulnerable and the journey is more personal as a result.

Perhaps NieR was just barely ahead of its time, but like its hero, the story hasn’t aged a day all these years later.

The story is striking, but it’s the characters that give it soul. Along the way, players meet companions like Grimoire Weiss, a pretentious, sentient book, and Kainé, a warrior with a mouth as fierce as her blade. Every character gets a fully realized arc on the road to the game’s true ending. Like NieR Automata, the game features several endings that require players to replay chunks of the game multiple times. It’s a needlessly demanding barrier that’s sure to scare some off, but I found myself more than willing to press on to get closure that really pays off.

There’s an alternate timeline out there where NieR is the early 2010s PS3 release that raises the bar for video game narratives instead of 2013’s The Last of Us. Both titles feature strong character work and employ similar tricks to obscure information from players. Perhaps NieR was just barely ahead of its time, but like its hero, the story hasn’t aged a day all these years later.

If it seems like I’ve spent a lot of time praising the story, that’s because the gameplay is where it struggles. The most important thing to know going into this is that it wasn’t developed by PlatinumGames, who handled NieR Automata. Those hoping for the same slick action that the studio is known for will be disappointed by the downgrade.

The combat systems are similar on their surface. It’s an action RPG where players hack through Shades with oversized weapons. The difference is that NieR Replicant’s swordplay is a one-button affair. Slashing is a matter of hammering the attack button over and over as the same combo plays out. It’s a repetitive system that makes some of the game’s later fights feel like they’re running on auto-pilot.

The combat has been revised for the game to make it feel a little closer to NieR Automata, but there’s only so far it can go. While it does feel more fluid, small tweaks can’t fully hide undercooked action that barely changes over the course of 30 hours.

A magic system helps alleviate some of that slog. Players can assign four different spells to their controller’s triggers adding a little more versatility and range to battles. Basic actions like evade and block need to be mapped to buttons as well, so players are encouraged to customize their toolset to fit their playstyle. The game’s “word” system is a nice touch too. Defeated enemies can randomly drop a magical word that can be applied to any weapon or ability. Those can buff attack power, add effects to weapons, and more. Adjusting a loadout takes more brainpower than actually using it.

The combat has been revised for the game to make it feel a little closer to NieR Automata, but there’s only so far it can go.

This is where mileage is going to vary. The story is fantastic, but is it worth struggling through tiresome battles to get there? That’ll depend on how much the narrative and characters get their hooks in players. I found myself invested enough to push through, but I’d be lying if I said I wasn’t rushing through battles to get to the cutscenes.

As far as remakes (or “version upgrades,” as director Yoko Taro calls it) go, NieR Replicant brings a lot to the table. The most important thing it accomplishes is reconnecting the 2010 game to its superior sequel. NieR and Automata have long felt entirely separate from one another, but the new pass unifies them. The visual boost, fantastic re-recorded music, and combat tweaks make these games finally feel like they’re part of the same universe.

At least NieR Replicant makes it easier to stomach the flaws with a more modern paint job that’s easier on the eyes and ears.

Replicant brings a bit of new content to the game as well, which is all a welcome addition. There’s a new quest that’s seamlessly weaved into the story that adds more depth to an underdeveloped area of the original (though also adds more length to required replays). There’s another new piece of content too, that’s nothing short of spectacular. I won’t spoil the fun, but it’s sure to be the main selling point for NieR fans that are hungry for deeper lore.

All of the new aspects are great, but there’s a lot that can’t be fixed. Side-quests are largely lifeless fetch missions, the story tirelessly takes players to the same handful of areas, and the game’s main female lead is still dressed in impossibly revealing lingerie that hardly qualifies as clothing.

Few of the problems that people had with the original game are actually fixed here because they’re too far embedded into the core design. Anything short of a Final Fantasy VII style remake couldn’t have totally rewritten history. Perhaps NieR is fated to be a phenomenal work of storytelling trapped in a middling action RPG. Even so, at least NieR Replicant makes it easier to stomach the flaws with a more modern paint job that’s easier on the eyes and ears.

NieR Replicant ver.1.22474487139… confirms that the original NieR was both way ahead of its time and far behind it. The story is tremendously captivating and it’s only gotten better with newly added content. On the other side of the coin, the repetitive gameplay feels outdated even by 2010 standards. Those who press through the 30-hour adventure will be rewarded with a bold narrative odyssey. It may even outdo NieR Automata in retrospect, but it’s hard to blame anyone who’d rather watch it all on YouTube instead of playing it for themselves.

NieR Automata remains the more polished, fun game of the two. Those who haven’t played it should start there and come back to this if they’re itching for more.

Getting to the true ending will take 30-35 hours in total. Beating the game once takes closer to 20, but believe me when I say that you’ve only played half the game if you stop there.

Yes. Those who believe gameplay is king might want to steer clear, but the story here is unlike anything out there.

Topics
Skull and Bones: release date, trailers, gameplay, and more
Haunted Chocolatier: release date, trailer, rumors, and more
The best PS5 games for 2023
The Legend of Zelda: Tears of the Kingdom: release date, trailers, rating, and more
Marvel Snap Battle Mode: How to play Marvel Snap with friends
Best Gaming PC Deals: Save on RTX 3070, 3080, 3090 PCs
The best video game remakes reinvent the classics, they don’t just revisit them
Best Buy will give you a $10 to pre-order Hogwarts Legacy today
Save $620 on this Lenovo gaming laptop with an RTX 3070
AMD vs. Intel: which wins in 2023?
Forspoken settings: change these settings for a better experience
Add 2TB of storage to your PS5 with an SSD and save $70 with this deal
Fall Out Boy concert in Fortnite: start time, island code, and more