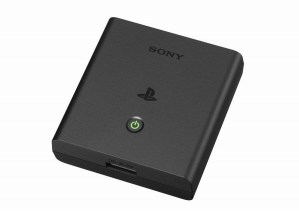 Some new information has emerged about Sony‘s PlayStation Vita that could reassure those who have been worried about the device’s reported 3-5 hour battery life. Sony has revealed (via I Am Portable that the external battery accessory releasing for the Vita will have a capacity of 5,000mAh, more than doubling the 2,200mAh of the handheld’s built-in power source.

It’s simple math from here: 3-5 hours doubled is 6-10 hours. Which presumably means we’re looking at a minimum runtime of nine hours if you’re rocking the extended battery. The Vita add-on weighs roughly a third of a pound and it appears to feature its own dedicated on/off button. A release is planned for spring 2012, though Sony is reportedly still “undecided” on the price.