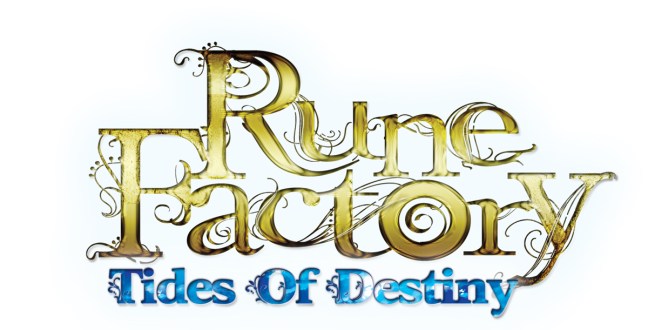 Wii content is extremely scarce at this year’s E3, but one key game that was sort of on display was the latest entry in one of my favorite series,  Rune Factory. I say sort of because they were only really showing the PS3 version, which runs in 720p for those of you who care greatly about such things—but I was assured the Wii version is for all intents and purposes the same game.

It turns out that Natsume’s Rune Factory: Tides of Destiny shakes up the formula quite a bit from past Rune Factories. While there’s still action RPGin’ to be had, with similarly-themed combat improvements such as speed, feel, and acrobaticism that we saw in last year’s DS title Rune Factory 3, developer Neverland is showing a willingness to really shake up the formula with Tides even more.

The most obvious changes are to setting and theme. Instead of living on a farm attached to a town, you’re now making your home on a gigantic golem named Ymir that you can command to walk through the oceans. You don’t even have a farm proper anymore; crop handling is instead primarily done through management of the monsters living on Ymir with you. Each monster has an affinity for producing certain kinds of crops, and some even produce ores for you to harvest for use in crafting (which, I might add, has seen similar improvements to Rune Factory 3’s system—it should prove much less tedious to assemble the ingredients for recipes this time around.) Some of these are planted on Ymir himself, others on seasonal islands you can warp to.

Ymir is a pretty great way to travel the seas. You can command him to walk to a point on a huge ocean map; he’ll find rocks on the way, some of which you can use some mysterious spirits you’ve collected to make them grow into full-fledged islands. To bring up dungeons to go into, you can command him to smash his palms down into the ocean surface, raising up an entrance for your character to waltz into and start kicking butt.

Of course, not everything has changed drastically; some things are only a little different, like the townsfolk you can interact with. You still have an entertaining-looking cast of characters, many of whom are marriage material, though this time you’ll start the game with both male and female characters inhabiting the same body through a strange cosmic event that I have to confess I still don’t totally understand—just know at some point in the game you’ll be able to choose which one you’ll want to use and end up with the significant other of your choice.

I like that Neverland is not afraid to mess around with the formula; it keeps the series interesting, justifying going through the 40-60 hours of gameplay Natsume claims. It’s slated for later this year; Wii owners should be pleased with this, one of the last titles they’ll get for the system, and it might prove interesting to PS3 owners as well. It certainly has my interest, no matter what platform it’s on.

Topics
Nintendo’s eShop closures are a necessary, but messy move
Grab these Nintendo 3DS games before the eShop closes
Nintendo is ending Wii U and 3DS eShop service
Rune Factory 5 is an imperfect, but charming farming RPG
The best upcoming PS5 games: 2023 and beyond
The best upcoming PC games: 2023 and beyond
The best PS5 controllers for 2023
Warzone 2.0 Season 2: release date, Ashika Island map, and Resurgence mode
Here’s what E3 2023 could look like without Sony, Nintendo, and Microsoft
Marvel Snap’s Friendly Battles set a new bar for its post-launch support
WWE 2K23 improves the wrestling sim with subtle tweaks and a bit of chaos
Meta Quest Pro VR headset is $400 off (and save on Meta Quest 2)
How to change classes in Fire Emblem Engage