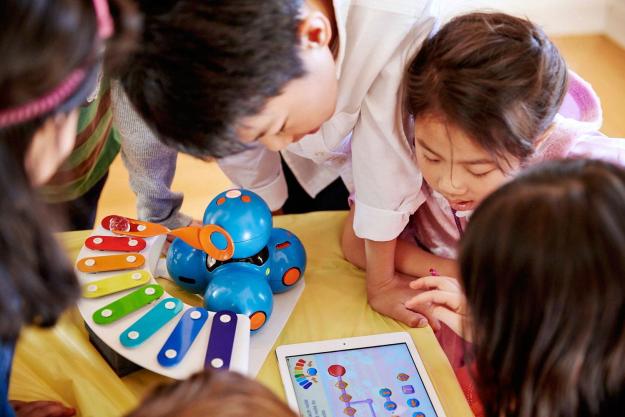 “Even if Dash doesn’t turn your kid into the next Woz, it will spark creativity, and it’s a heck of a lot of fun.”

My son whooped with delight when I told him that the latest mysterious box to arrive at the door contained something that was actually for him. I opened it up to reveal a Dash robot from Wonder Workshop, which he eyed suspiciously. As his excitement began to wane I found the power button on the side of Dash. It blinked into life with a shake of its head, as my son jumped up and down screaming “It’s alive! It’s alive!” like a miniature Dr. Frankenstein.

For the next ten days we would be putting Dash to the test as a wonderful toy, an educational robot, and a healthy collaborative activity. Would it spark an interest in programming? Could it compete with the PlayStation? Does it do enough to justify the $170 price tag? We were about to find out.

Bringing a robot to life

Dash is a little under 7 inches tall and looks like three balls stuck to a body with a head on top. It’s made of blue plastic with orange highlights. There’s little about its stationary appearance to indicate that it’s a fairly complicated robot; that only becomes clear when it’s turned on and the 12 white LEDs that make up the solitary eye light up.

If you flip Dash over you’ll see two large wheels at the front and a small one at the back, which gives it a pretty versatile range of movement. It also contains three microphones, a speaker, four infrared transmitters, three distance sensors, and two robot receivers. Its ears and the spotlight in its chest are RGB LEDs that can change color, and it has red taillights.

The trick to making Dash seem alive is in the way it moves and talks. It has a limited vocabulary of cutesy speech, and it can make a variety of sounds. It can also hear and react to obstacles and other objects around it. My five year-old son was instantly sold on the idea that this was a sentient being — but he’s gotten gradually less conversational as he’s learned about Dash’s limitations.

In order to interact with Dash you need one of the supported Android or iOS devices; you can find a full list on the Wonder Workshop website. You’re ideally going to want to use a tablet, however. We used a Nexus 7 (2013) running Android 5.0 Lollipop and the whole experience was really smooth.

Your device links up to Dash via Bluetooth. There’s a nice mechanism for this that my son loved, where you place your finger on the screen and the segments round the button fill up as the link is established. To begin you’ll need to fully charge it. This is handled via the standard microUSB port on its side. You’ll probably also need to update the software and it can take a little while, so you may prefer to do this before you unveil it to an excited child.

There are four apps available, but you’ll start with Go. It’s basically a remote control app. You can use it to move Dash’s head, make it drive around, play a set of comical animations, and choose from various sound effects, including a car horn and an elephant’s trumpet. You can also change the color of its lights, change the way they pulse, and light up or turn off the individual LEDs that make up its eye. So far, so fun, but this is essentially just a remote control app.

Ages five and up

Dash is sold as a robot for ages five and up. My two year-old daughter was also very interested in this newcomer, but when she wasn’t running away, she was trying to mash the interface or twist the head around to look at her. To its credit Dash seemed to take the rough handling without complaint, but the Android app did occasionally crash.

My son is five and had the patience to work out how to command Dash. To that end there’s another simple app called Path. As you may have guessed, it enables the child to draw a path on the tablet screen and then tap on Dash to follow it. There’s a little bit of a game element to it, because kids are challenged with dropping events onto the path in the order displayed to unlock new ones.

Some events are simple noises, like a car horn; others are animations or behaviors that make Dash do a spin or something before returning to its course. As each set of events is completed a new event is unlocked and there are four different maps to work through, each with its own theme.

The challenge here for my son was drawing a path on the screen and relating it to the real world, so he could create a path that wouldn’t see Dash crashing into the armchair or the sofa. This was a bit of trial and error, but you can afford to let your kids work it out for themselves because Dash has sensors to detect obstacles — it just backtracks and finds a new path if something big or heavy lies in the way. Dash works best on hard floors, but it coped with a deep pile carpet without any major problems (it just moved a bit more slowly).

We put Dash to the test as a wonderful toy, an educational robot, and a healthy collaborative activity.

Because my son’s already an avid gamer, the event ordering part of the challenge in the Path app was a breeze and he worked through the whole thing in less than an hour. This was slightly disappointing because his interest in controlling Dash declined without the game element.

There’s another app called Xylo, which is also marked for age five and up, but it requires the Xylophone attachment, which we didn’t have. It costs an extra $40.

The final app is called Blockly and it’s marked as being for ages eight and up. We decided to give it a go anyway and I’m glad we did; this is where Dash soars above the other toys.

Blockly offers a simple interface where you can drag and drop different blocks from six categories on the left hand side. It lets you slot together chains of events: When the top button on Dash’s head is pressed, make him say hi, change your lights to a specific color, look left or right, move forward a certain distance, and so on. You can also use voices and claps to trigger things, or tell Dash how to react when it comes into contact with an obstacle. You can even add a time element, or tell Dash to repeat something until another trigger event, such as a voice, obstacle, or button press is encountered.

By layering these options up you can create some pretty sophisticated routines. At five years old, my son was definitely too young to grasp this on his own, but with a little help he got quite excited about it and had no trouble dictating his commands to me.

There’s one final layer to Dash for kids aged 12 and above and that’s the option to build your own applications on iOS and Android using Objective C and Java. Wonder Workshop offers an open API and hopes it will lead to a whole host of new apps being shared within a lively community in future. You can already find some ideas and videos on the website showing how different kids around the world, at home and in the classroom, have come up with creative ways to use the robots.

Does it go the distance?

For the first few days after unboxing it, Dash was easily the most exciting thing in the house. Both my kids wanted to play with it and check to see if it had spontaneously decided to do something interesting when they weren’t looking.

An accessories pack which includes a tow hook, bulldozer bar, and bunny ears.

You can get the whole lot together.

Day four or five and my son was back to Minecraft and Lego Batman on the PlayStation, though his interest was revived when he had a friend round for dinner after school and spent a while showing him how the robot works. His friend’s enthusiasm got him excited all over again, and the next day he asked to play with Dash again.

Playing with Dash with my son has been an enormous amount of fun. It made him think about basic problem solving, and when it’s gone wrong, he learned how to do things better the next time. We’ve laughed quite a bit, and a week and a half later Dash is still commanding his interest.

The apps and content feel a little light right now, but it’s early days. It’s also a toy that requires some imagination and input from you. If Wonder Workshop and an enthused community keeps adding to the available content, and you’re willing to put some effort in, then Dash could definitely be a long term activity.

We first saw Wonder Workshop’s robots at CES and they’re part of a growing movement to blend robotics and education. CEO Vikas Gupta was inspired to create them because of a dearth of good toys on the market. His first aim was to make something that wouldn’t lose its luster and be consigned to the back of the cupboard within the week. But he’s also passionate about inspiring kids.

It’s not always easy to get kids interested in programming, math, and sciences, but maybe that’s because we go about it the wrong way. Kids love hands-on practical experiences over abstract concepts, they love spending collaborative time with parents, they love learning in fun ways. Most of all, they love robots. Who doesn’t?

We’ve laughed quite a bit, and a week and a half later Dash is still commanding his interest.

I can see Dash working beautifully in the classroom environment. The most fun is to be had when you’re thinking collaboratively and coming up with new ideas on what to do with it and how to achieve your goals. This isn’t a toy for your child to play with in isolation, it’s an activity to engage in with them.

Dash is an expensive toy, at $180, but there are certainly plenty of others that offer less for your child in the long term. If they are inspired and the community takes off, it could prove a great return on your investment in terms of hours of learning and entertainment.

The real proof — whether it can spark an interest in programming or math — is tough to assess. But I can say with certainty that it’s a really fun robot, with personality, and a great way to spend time with your child that encourages them to think creatively. And that’s enough for me to recommend it. 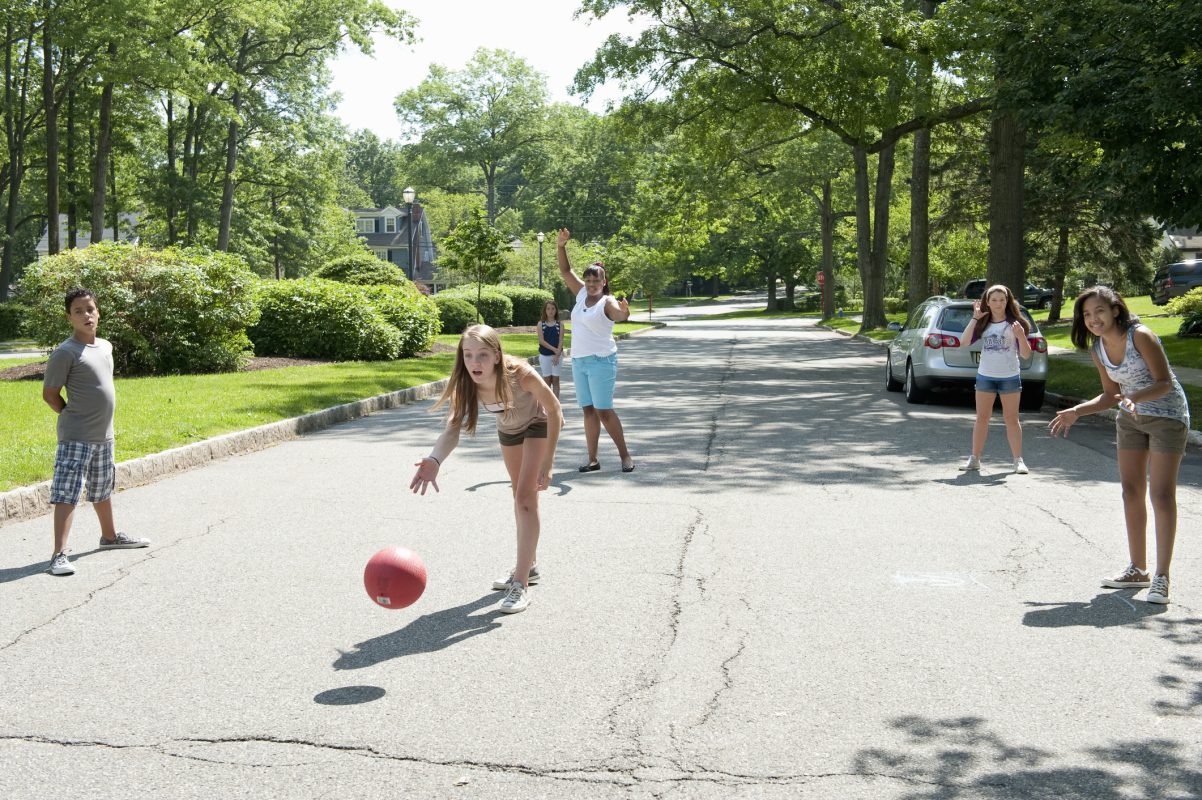 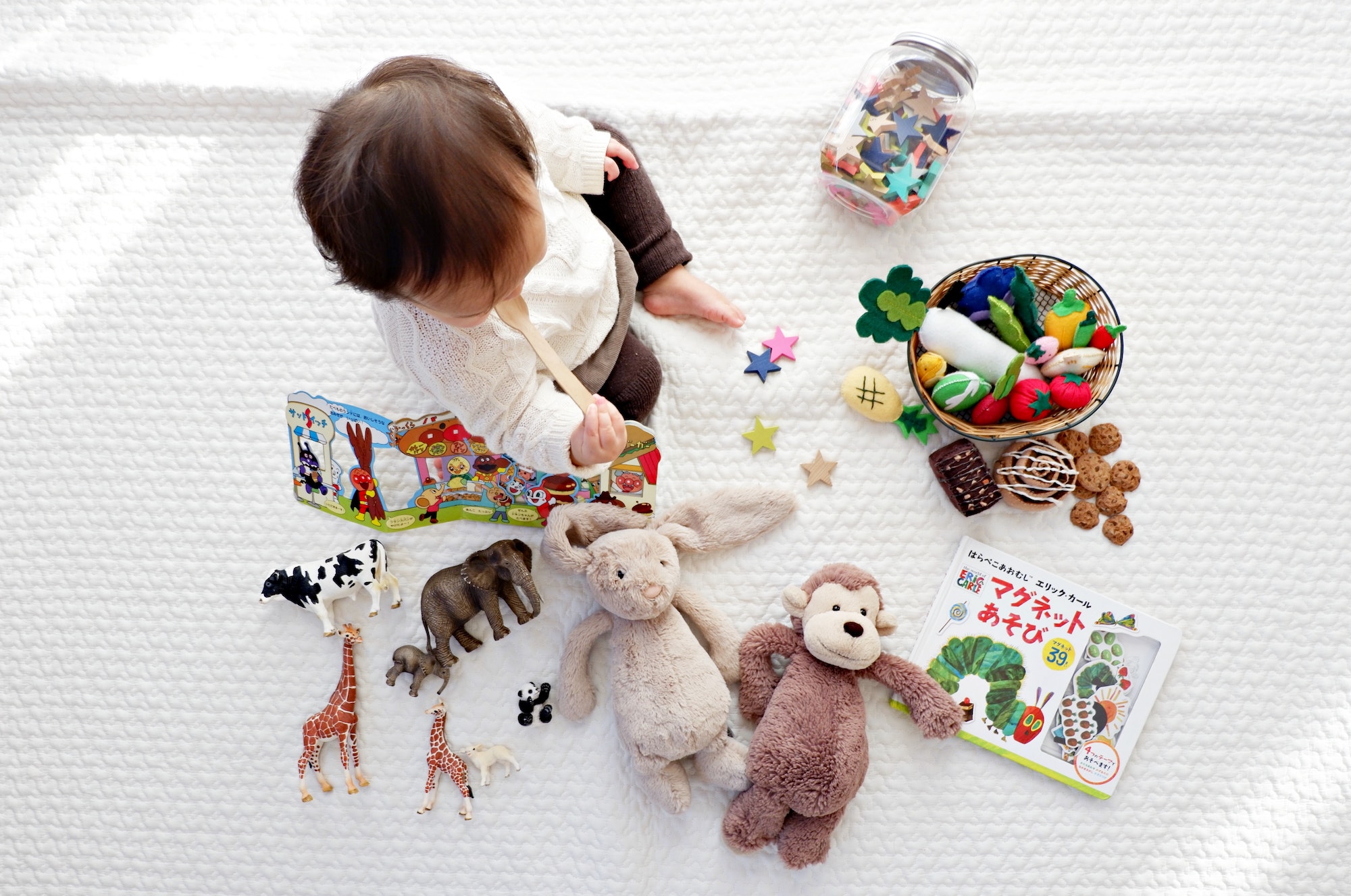 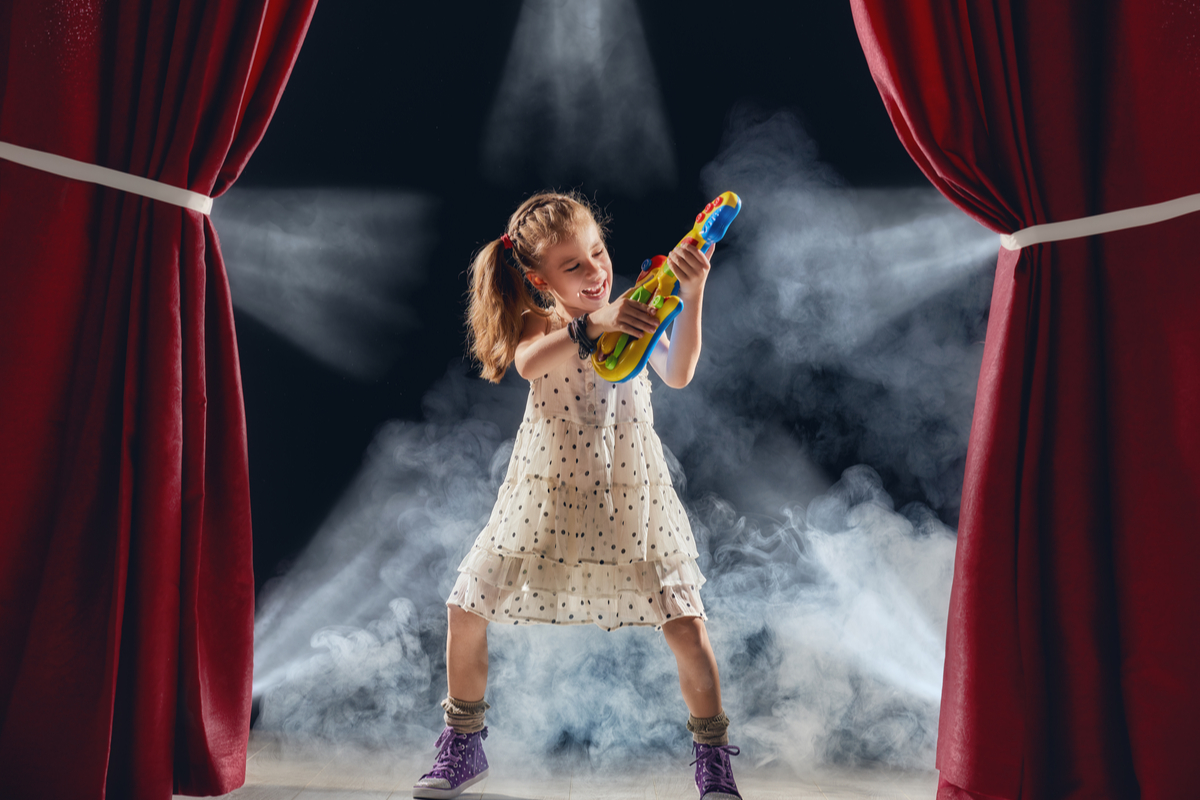 Best gaming PC deals: Get a high-end rig from $599 today