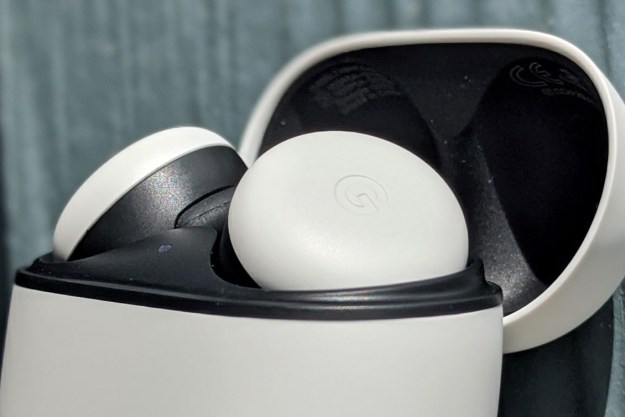 It was only a matter of time before Google brought its first real contender into the arena of true wireless earbuds. Honestly, I’m surprised it took this long.

Google has released its second-generation Pixel Buds, a $179 pair of earbuds that scraps the wire that tethered together the originals, and adds new design elements and tons of features. They might not completely sway the Apple loyalists of the world, but the new Pixel Buds are impressive, and should be the buds of choice for Android users for the forseeable future.

The packaging for the Pixel Buds — which are technically the Pixel Buds 2, but I’ll use Google’s official name for them throughout this review — is tiny, white, and adorned with different images of the buds themselves. Inside are the buds, resting inside a wireless charging case, as well as extra eartips, a USB-C charging cable, and the appropriate documentation.

Normally, I unpack everything, check out the product briefly, then take a glance at the quick start guide to see if there are any set-up quirks to adhere to. But with the Pixel Buds, I never opened the booklet.

As I was pulling the first bud out of the case, a notification appeared on my Pixel 2 smartphone prompting me to pair with the buds. A second prompt followed, instructing me to download the accompanying app, and the rest of the set-up process was set in motion from there.

That’s all thanks to Google’s Fast Pair on Android feature, allowing you to immediately pair your Pixel or Android 6.0+ device with the earbuds. I’ll be the first to admit that most earbud setups are relatively easy, but this was as simple and streamlined as it gets, and more in line with how Apple’s AirPods work.

The original buds, which were $20 cheaper at their initial release, had their fair share of connectivity issues. In my time with them, I have not experienced any such snags using the new Pixel Buds, which are outfitted with Bluetooth 5 technology.

The Pixel Buds are not the smallest earbuds in the game (at 5.3 grams, they outweigh the Apple AirPods by over a gram each), but they aren’t the heaviest, either — both the Samsung Galaxy Buds+ and Amazon Echo Buds weigh more. They’re right in the wheelhouse, which is all we can ask of most earbuds these days.

It’s the Pixel Buds’ actual design, however, that has me the most intrigued. The original Pixel Buds, from our perspective, were loose-fitting and though they never fell out, they did not create the seal in your ear canal that’s important for noise isolation. Google listened, and created a pair that sits nearly flush with your ears, providing a much more secure feel. I fit in a few runs with the buds, and had no problems with them shifting in transit.

The Pixel Buds will only be available in their cutely named Clearly White color at launch, but will follow that with Almost Black, Quite Mint, and Oh So Orange options. The charging case more closely resembles an egg than the pill-shaped carriers Samsung and others have adopted. It’s also heavier than every case except the Echo Buds, but still pocket friendly.

At first look, the Pixel Buds’ set of features remind me of a classic power hitter in baseball. They’re going to hit some doubles and homers if you can tolerate a whiff here and there.

Double: An IPX4 weatherproof rating, giving them protection against splashes and sweat. You will not want to submerge them, but the Pixel Buds should be plenty workout proof.

Homerun: The Pixel Buds are the first Google Assistant hotword-enabled earbuds, meaning all you have to do is say “Hey Google,” or “OK Google” to have your own voice assistant at your service. This is not new in the industry, of course, with Amazon and Apple ahead of the curve in that regard. But Google has made it effortless to use, to the point where I preferred asking Google to change a track or turn the volume up over the built-in gesture commands on the bud. Those are simple enough to use, but there is something more appealing about controlling the buds hands-free.

Swing, and a miss: The Pixel Buds have five hours of battery life in a single charge. Which, to be fair, is on par with the Apple AirPods and Amazon Echo Buds. But five hours just isn’t much anymore, not when the Samsung Galaxy Buds+ set the benchmark with 11 hours of playback time. Additionally – and to be fair, this has been a common occurrence with other buds I’ve tried – the left and right buds lost charge disproportionately, which was a bit of an annoyance. That said, with the included charging case, which is QI-certified and can wirelessly charge on any compatible charger, the Pixel Buds have a respectable 24 hours of total battery life.

Double: The return of Google Translate, through either Conversation Mode with Google Assistant or the Google Translate app. The feature was a highlight of the first-generation Pixel Buds, and it remains a fun tool to translate the words you or others speak into different languages. It’s a perk that not everyone will utilize, but remains nice to call upon if needed. The same goes for the ability to ask Google directly how to get somewhere or get notifications read to you from essentially any app on your device. Not totally needed, but neat.

Struck out looking: Google opted against adding noise-cancellation technology into their second-generation buds, and I think that’s a missed opportunity. Sure, the fit is much better this time around, making passive noise reduction possible. And yes, Apple’s second-gen AirPods don’t carry that feature either, at $20 more. But the Amazon Echo Buds did it, and they retail for $50 less than the Pixel Buds. It’s not detrimental that the Pixel Buds don’t have noise cancellation, but if they really wanted to make a power move in the true wireless earbuds category, that would have been the way to do it.

The caveat for this lineup of features is, you’ll need to have an Android device to enjoy the more exciting skills like Google Assistant or Google Translate. They aren’t necessarily deprived without those features, but iOS owners and others just won’t get the full experience of the Pixel Buds.

As I began listening to the Pixel Buds, I wanted to be sure of what I was hearing. So, I passed them to my partner, replayed the Brothers Osborne track I had just auditioned (Love the Lonely Out of You), and asked her for a description of the sound.

She took the exact word I was thinking of — crisp. The Pixel Buds have custom 12mm dynamic speaker drivers and what Google describes as a “hybrid acoustic design” where the eartips aim to seal outside noise, but spatial vents reduce the “plugged-ear feeling.” The result is, ahem, music to your ears.

The Pixel Buds are definitely not on par with something like the more expensive Sennheiser Momentum Wireless 2, but then again, who is? However, they do match up well against their closer competitors from Apple, Amazon, and Samsung. Trying to determine the best sounding of the bunch is subjective, as this tier of earbuds tends to produce similar, above-average-but-not-incredible audio.

All that aside, I can definitely say that the Pixel Buds have improved leaps and bounds from the sound of the first version, which was “just fine,” as we put it. The low end is present but not overbearing, the vocals are clear as day, and the mid-range is well-balanced.

There’s no equalizer in the Pixel Buds app, but I likely wouldn’t use it even if there was. Songs like The Wood Brothers’ Luckiest Man were a treat, giving me the sense that I could hear the strings behind each individual note. Google also suggested listening to some 8D content on YouTube, where existing songs are re-produced to sound like they’re moving around the listener. It’s not music specific to the Pixel Buds, but it helps to have solid sounding buds recreate Freddie Mercury’s legendary vocals dancing back and forth across your head.

The calls I’ve made were clear, with those on the other end of the conversation remarking that I sounded better than I had when trying out other buds. The Pixel Buds have a pair of beamforming microphones designed to focus on your voice, in order to be heard in louder conditions or when you’re on the move. After a week of calls, those mics have yet to let me down.

I’d be remiss if I didn’t mention the Adaptive Sound feature in the Pixel Buds. The same way you can let your phone automatically adjust the brightness depending on the environment, Google gives you the option of letting the Pixel Buds adjust the volume based on where you are. It’s subtle, but it’s supposed to be, and I found it to work well when moving outside the house and on to a busier roadway.

The Pixel Buds are filled to the brim with features, though to access the best of them, you’ll need to be at least partially invested in the Google/Android ecosystem. They greatly improved the design and audio quality from the originals but equipped the newest version with just average battery life, and left out noise-canceling abilities.

Google’s Pixel Buds made some major adjustments, and because of that established themselves as the best Android-centric earbuds you can get right now. But they’ve left room to grow. In today’s fast-moving true wireless world, maybe too much room.