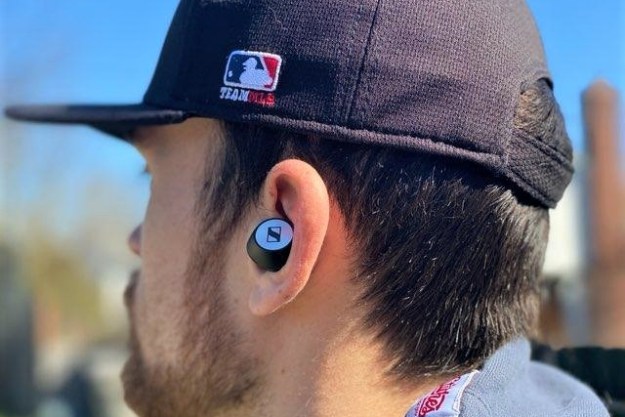 “Sennheiser managed to make the best sounding earbuds even better.”

In our humble opinion, the original Sennheiser Momentum True Wireless were the best-sounding true wireless earbuds you could buy. But the superb audio quality came at a cost, and not just the hefty price tag that accompanied them. Sennheiser’s first crack at true wireless just didn’t have the feature set to justify its price, with lackluster battery life being its biggest flaw.

Fortunately, two years proved to be plenty of time to address a few shortcomings. Sennheiser’s recently announced Momentum True Wireless 2, priced at $300 and set to hit stores in April 2020, are the 5-star tools we wanted their predecessor to be. Thanks to vastly improved battery life and the addition of active noise cancellation, Sennheiser has wrapped its unrivaled sound quality into a total package. Or, at least, darn close to it.

Aside from a few tweaks, not much has changed from generation to generation in terms of design. Sennheiser did shrink the new buds by nearly 2mm in an effort to reduce weight and improve comfort. But they maintain the same sharp aesthetic as the originals, featuring Sennheiser’s silver logo on each end cap.  The same goes for the included charging case; it retains the pill shape of the first version and is wrapped in a familiar sleek fabric.

Other than the buds themselves and the case, the packaging includes a quick-start manual, three extra pairs of silicone eartips, and a charging cable that’s just as short as the previous iteration’s. I swapped the eartips that come standard with the buds for a slightly smaller option, then popped them in for a snug-but-secure fit. With a quick glance at the manual, I seamlessly moved through the setup process, which involved simultaneously touching both buds to put them in pairing mode, finding them in my phone’s Bluetooth settings, and connecting.

An important note here: while we did not experience any connectivity issues with the first generation Momentum True Wireless, it seems a significant number of people who bought those buds did. It was so rampant, in fact, that Sennheiser acknowledged the problem and released a workaround for those experiencing connection issues with Android 10 smartphones.

With the Momentum True Wireless 2, Sennheiser made the move to Bluetooth 5.1, compared to Bluetooth 5.0 with the originals. Using a Google Pixel 2 running Android 10 for the duration of my 30-plus hours of testing, I didn’t come across any snags in connectivity. Depending on what devices you’re pairing with these earbuds, it’s possible that your experience could be different. But from the time I spent with these, it’s evident that Sennheiser made it a point to address the connection complaints made by its fans over the original version.

Within the first few hours I logged with these buds, the size stuck out to me. Don’t get me wrong, they aren’t the bulkiest earbuds I’ve dealt with, but they certainly don’t disappear in your ear the way lighter options such as the Samsung Galaxy Buds+ do.

Sennheiser did succeed in making the Momentum 2 smaller than the originals, and I can confirm that doing so helps balance the load. Overall, they’re comfortable earbuds, and I didn’t come across any major concerns wearing them for longer listening sessions. If bigger buds tend to bother you, though, I’d take that into consideration when looking at the Sennheisers.

The highlight in the retooled bag of features for the Momentum True Wireless 2 is battery life. The originals offered a disappointing 4 hours of playback in a single charge and 12 hours total with the charging case, both of which failed to compete with significantly cheaper options like Apple’s AirPods or Jabra’s Elite Active 75T. It was a glaring blemish in an otherwise stellar pair of buds, and clearly something Sennheiser needed to rectify.

The second-generation Momentum boast 7 hours per charge, and 28 total hours when paired with the charging case. Using active noise cancellation and listening at louder volumes will typically impact these numbers, and with those factors applied, I got between 5.5 and 6 hours of playback. But for the most part, these juiced-up buds held up their end of the battery bargain.

As has become customary with wireless earbuds these days, the Momentum True Wireless 2 have customizable touch controls and recognition features that pause playback whenever you remove an earbud. This “Smart Pause” feature, as Sennheiser dubs it, was slightly different than others I’ve auditioned in that it had a more gradual halt in playback as opposed to a more abrupt stoppage in sound. It’s a small detail, sure, but it was something I grew to appreciate with time.

With the touch controls, I found the Momentum 2 to be effortless to operate. It takes a bit of trial and error to commit all of the commands to memory – things like volume controls are separated by bud, and more than once I cranked the volume instead of dampening it – but once I did, it was easy to control the experience without reaching for my phone.

Like their older relatives, the Momentum 2 have an IPX4 weatherproof rating. making them essentially splash-proof but not completely waterproof. They did just fine for the light workouts I was able to squeeze in while practicing social distancing as part of coronavirus measures, but I can’t speak for how they would hold up in repeated sweat-heavy sessions.

App optional, but not required

The Momentum True Wireless 2 have their own accompanying app, called Sennheiser Smart Control. With the earbuds not due to roll out to the masses until next month, I interacted with a beta version of the app, so your mileage may vary. But for my money, while the app itself was a decent compliment, it was not necessary to enjoy these buds.

It does offer the option to customize your touch controls, though after the time I committed to learning the default controls, I was reluctant to go back to the drawing board. There’s also a tab that lets you toggle the buds’ Transparent Hearing feature on an off, allowing you to pick up the sounds of the environment around you, if you so choose. But I could already do that with a couple of taps on my right bud.

From my perspective, the most helpful features in the app were the settings that allow you to turn off things like Smart Pause or the ability to auto-accept calls. The app’s featured equalizer is useful in pulling a little more low end or extra treble out of the buds, but I consistently found myself wanting to return the buds to their original tuning.

Audio quality steps up a notch with ANC

At the expense of being repetitive, the first-generation Sennheiser Momentum True Wireless were the best wireless earbuds we’ve heard. The company, widely known as a leader in audio quality, wouldn’t have had to add much to the next edition to maintain the status quo.

Instead, it added active noise cancellation to the Momentum 2. Which, by my estimation, is a pretty big deal.

Everything applauded about the original is still there. The clarity, the impressive low end, the stunning stereo imagery. I was impressed at how, when listening to selections like George Ezra’s Shotgun, the earbuds smoothly kept up with the song’s tight bass notes while refusing to overpower the singer’s tremendous vocals. I’ve heard some pretty stout earbuds, but this is just a different experience entirely. The sound pulls you into the music and engulfs you as you pick up notes and instruments that just aren’t present in competitors.

Now, take all of that, and add active noise cancellation. With properly fitting ear tips, the earbuds do a solid job of blocking out surrounding noise without the feature. My morning dog walk, which runs along a busy street for a stretch, has never been quieter.

By tapping my right bud three times to engage active noise canceling, the only sound I heard was Bill Burr’s chuckle during the Monday Morning Podcast. In fact, while working on the couch mere feet away from my significant other, I couldn’t pick up a single word when she tried to communicate something. That’s not exactly ideal from a relationship perspective, but great for silencing office noise, and likely very effective for travel.

Sennheiser managed to make the best-sounding earbuds even better by adding active noise cancellation and significantly improving battery life. The earbuds came at a premium price before, and make no mistake, they still do. But with everything they have to offer, the Momentum True Wireless 2 provide remarkable bang for the buck.

The Sony WH-1000XM3 do most of what the Sennheisers do for about $70 less. They don’t quite match up in terms of audio quality but would be a viable option for those not keen on ponying up for the Momentum True Wireless 2.

Another less-expensive model, the $149 Samsung Galaxy Buds+, have solid sound and an industry-leading 11 hours of playback time. They just lack active noise cancellation functionality and won’t be able to compete in terms of premium audio quality.

Sennheiser has a history of exceptional build quality with its products, and there’s no reason to believe the Momentum 2 will be an outlier. With how fast the true wireless audio world is moving, however, how long before the tech behind the buds becomes outdated remains to be seen.

Yes. They’re still a bit big and one of the more expensive pairs out there, but you won’t be able to find earbuds that sound this good, with this wealth of quality features, anywhere else.

Topics
The best wireless earbuds for 2023
McIntosh’s new $8,000 AVR: gigantic power, with a Dolby Atmos catch
Rode’s NTH-100M headphones are built for gamers
Sony’s 2023 AV receivers are Sonos-ready and work with wireless speakers
The best shows on Disney+ right now (February 2023)
The best outdoor TV antennas for 2023
This 75-inch Samsung 4K TV is $120 off, delivered by the Super Bowl
Netflix screwed up, but that doesn’t mean it’s wrong
Best 65-inch TV deals: Save on QLED and OLED for Super Bowl
A rare Disney Plus deal just started — get it while you can
LG brings Apple TV, Apple Music, and AirPlay to webOS Hub-based TVs
This Super Bowl deal knocks $2500 off Samsung’s QN800B 8K TV
The best family movies on Netflix right now