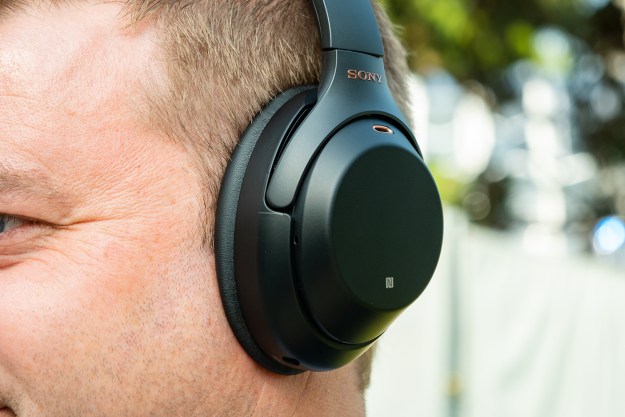 “Sony’s WH-1000XM3 absolutely knock it out of the park. You can’t buy a better pair of wireless, noise-canceling headphones.”

After more than 50 hours of evaluation, we’re convinced Sony’s WH-1000XM3 headphones are best in class. Excellent sound quality, top-notch noise-canceling, welcoming comfortability, and just the right blend of convenient features make these wunder-headphones the best choice for just about everybody.

Sony already hit two home runs in a row with its prior models, and now it has a third. The original model challenged then industry-leader Bose and the second model, the 1000xM2, would currently stand as our pick for the best wireless headphones you can buy had this new model not come along to dethrone them.

We’ve established we’re big fans of these headphones. But why? And are they really worth the premium price? Allow us to explain.

The 1000XM3 come in a canvas-covered, reinforced carry case with a little mesh pouch on one side that we find perfect for storing a passport. There’s no included carabiner (which is funny, because it seems like carabiners came with everything five years ago), but there is a ribbon loop on the case should you want to get your own and latch them to your bag.

Inside the case you’ll find the headphones in either black or silver finishes (we’re partial to the black). Along with the headphones are a USB-C charging cable, a 1/8-inch headphone cable, and an airline adapter.

To make storing and using the headphones easier, Sony provides a template card that shows how to orient the headphones for storage and gives tips on how to use the WH-1000XM3’s touch-control features.

The WH-1000XM3 were delivered just 4 minutes before a Lyft driver arrived to cart us off to the airport for a trip to Berlin. With just enough time to unbox them and stuff them into our backpack, we embarked on what would become a 17-hour voyage.

30-hour battery life with such quick-charging capability is clutch.

Since we didn’t have time to charge the 1000XM3, we had to trust Sony’s claim that the headphones could run wirelessly for five hours after just 10 minutes of charging. Good news: That claim is true. The headphones were running at about 10 percent on arrival, and after just 15 minutes of charging on the plane via a new USB-C charging port (cable included), we were able to use them for our entire 10-hour flight to Amsterdam, through a 1.5-hour layover, and for another hour and a half to Berlin. After all that, we still had 20 percent left over.

For frequent travelers, 30-hour battery life with such quick-charging capability is clutch. And that figure is with both noise-canceling and Bluetooth features turned on. Plug the headphone cable into the plane’s entertainment system, and you’ll squeeze even more life out of the 1000XM3.

The 1000x-series has always been a comfortable pair of headphones for long-term use, but with the 1000XM3 come a few notable improvements that we find elevate the overall experience. There’s a slimmer profile, yet the earcup’s interior is deeper this time around. The headband has an altered radius that better fits the arch of our head and reduces clamping force, and there’s more padding in the headband, too. These new cans are also lighter, despite improvements to several internal components. Compared to our Bose QC35 II, we might lean a little toward the Bose in the long-term comfort department on breathability alone, but not enough to sway any decision between the two.

Sony’s new QN1 processor brings a few enhancements to the 1000XM3. It’s really like having two chips in one. The noise-canceling circuit is more powerful and more efficient, and audio processing, held separately from the noise-canceling functions, is audibly improved as well.

On the noise-canceling front, Sony has added the ability for the headphones to not only cancel out static noises coming from planes, trains, and automobiles, but also noises commonly heard in an office environment, from voices to general clatter. For those times when one does want noises coming through, Sony has built in an algorithm that detects alert noises like horns and sirens and will selectively let those through, based on whether the user is in motion. Fine adjustments to these settings can be made with Sony’s Headphones app, available for iOS and Android.

What’s more, Sony has built pressure sensors into the 1000XM3 to adjust the level of noise-canceling to match surrounding air pressure. We’ve found this feature to work extremely well. While other noise-canceling cans can induce a mild feeling of vertigo for some listeners, we felt no undue pressure using the 1000XM3 at sea level, and no anomalies while in flight.

The noise-canceling circuit is more powerful and more efficient, and audio processing is audibly improved as well.

Audio performance is also meant to be improved, with 32-bit signal processing, a high signal-to-noise ratio, and low distortion. We’ve had the chance to compare this third generation to the second-gen version, and though the improvements to audio fidelity are subtle, they are audible.

Studio recordings sound intimate and impeccably produced, as they should, while live music recordings sound wide, expansive, and highly immersive. Bass is tight and tuneful, with just a bit of punch in the midbass, and midrange is lucid and transparent, while the treble reveals tons of detail without ever becoming strident. There’s a richness and silkiness to the sound that we find endearing. Sure, you can get more accurate headphones, and headphones with higher overall fidelity are certainly available (for a pretty price, in most cases), but the 1000XM3 stand out as the best combination of excellent audio quality and effective noise-canceling we’ve experienced thus far. This is the whole package.

Most of the features are the same this year, but we find they work better than before. Cup your hand over the right earcup and music will pause as sound from around you gets piped into the headphones so you can hear your travel partner, office mate, or airline attendant. Will you look a little dorky doing it? We felt like we did, but it’s pretty damn convenient.

Swipe and tap controls are also still here, with the ability to play/pause, advance/reverse tracks, and adjust volume up and down with gestures on the right earcup.

Sony’s Headphones Connect app (Android, iPhone) is one of the more useful headphone apps we’ve used. In addition to numerically expressing battery reserves as a percentage, the app offers an Adaptive Sound Control feature that optimizes noise-canceling for the listener’s environment. Whether seated in an airplane, train, or car, the headphones analyze the ambient noise and employ the right curve of noise-canceling.

The app also allows the listener to back the noise-canceling off manually for those times when it would be useful to hear some ambient sound, and a Focus on Voice feature allows voices specifically to break through otherwise total noise abatement.

There’s also an EQ available, as well as Sound Position Control, which allows the user to position audio in specific places, such as behind them, or forward and to the right. We’re not sure how useful this feature is, but it’s there to play with if so desired.

Sony offers a 1-year limited warranty on the 1000XM3. For more information, view this PDF.

Once again, Sony has made an impeccable product worthy of our gushing. Those in the market for wireless headphones need look no further.

No. You can get a pair of headphones that will sound different, but in this class of cans, the Sony WH-1000XM3 are the best blend of performance, features, and comfort.

Yes. Buy with confidence that the 1000XM3 are quite probably the perfect match for your needs. They’re also our top pick for the best wireless headphones you can buy.