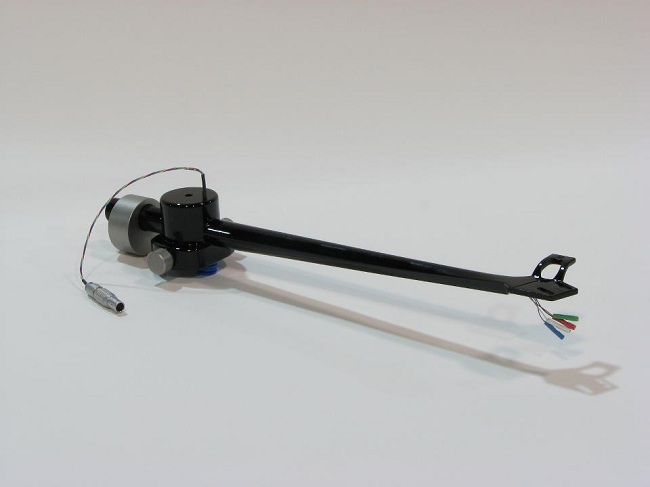 To paraphrase the great American inventor, Homer J. Simpson; “3D Printers…is there anything they can’t do?” The 3D printer may eventually become as common as the personal computer, but for now they remain relegated to those with deep pockets and/or plenty of venture capital.

The entrepreneurial few who have taken the leap and invested or borrowed hundreds of thousands of dollars for a 3D printer are certainly on the leading edge of manufacturing, and it’s encouraging to see that people are thinking outside the box in regard to what a 3D printer can make. Everything from toys to printed exoskeletons for children with arthrogryposis multiplex congenita have been printed so far, which will hopefully inspire others to develop even more exciting products to better the human experience.

But where we would really like to see some movement on the 3D printing front is in the consumer electronics category. We can’t wait to print our own loudspeaker cabinets. And imagine printing your own headphones one day – they could be customized to the exact measurements of your head and adorned with your own artwork.

Well, one CE manufacturer isn’t waiting for the future. VPI Industries, best known for its record cleaning machines and award-winning turntables, decided last year to start development of its first direct drive turntable, due to debut at the New York Audio Show on April 12. VPI already manufactures its own aluminum tonearms for its tables, but for its new statement piece, VPI turned to a design firm in Pennsylvania to develop the world’s first synthetic 10-inch tonearm, created by a 3D printer.

The tonearm is a one-piece structure, from its head shell to its counterweight stub. It’s manufactured from an epoxy-plastic that is incredibly lightweight and rigid. VPI hopes to make the tonearm available in 9-inch, 10-inch, and 12-inch lengths for its own tables and those of others.

We were invited for a private listening session at VPI where the 3D printed tonearm was installed on the company’s new Classic Direct turntable with a $220 Grado Gold phono cartridge. For comparison purposes, VPI CEO, Harry Weisfeld, played the same five records on a VPI Classic 3 turntable using one of its standard metal tonearms paired with an $8,000 cartridge from German manufacturer, Clearaudio. A monster three-channel amplifier from McIntosh and a pair of 40 year-old JBL loudspeakers large enough to house a small family rounded out the test system.

The 3D printed tonearm with the $220 cartridge punched out some of the German’s teeth before ultimately losing on points, but it made us think long and hard about spending more on a phono cartridge if that much performance can be dragged out of something as entry-level as the Grado Gold. The tonearm/table combination certainly made a huge impact on the overall sound quality; the new table/arm combination may cost close to $20,000 in the end, but the impact of the 3D printed tonearm was profound.

The $220 Grado, which we’ve heard on far more affordable tables such as the Pro-Ject RPM5.1, Rega RP3, and VPI Traveler, sounded quicker, more detailed, and the soundstage sounded like it grew by a few feet in each direction. The difference in vocal reproducton between the Grado and crazy-expensive Clearaudio cartridge narrowed by a considerable margin with the 3D printed arm factored in.

Cost and manufacturing time will certainly limit how many 3-D printed tonearms VPI can sell at this point. The first arm took more than 24 hours to print, but as 3D printing technology evolves and printing costs drop, it may become possible for VPI and other turntable manufacturers to offer state of the art products like this for a lot less money.

Syng’s transparent floating orbs promise immersive sound for $1,800
3D-printed eartips could mean way more comfortable and better-sounding earbuds
What is 8D audio, and how can you experience it?
Sony finally gets serious about 360 Reality Audio at CES 2021
BluOS will be updated to 4.0 with a fresh look, new features
Samsung accidentally reveals price of its 77-inch QD-OLED TV
The best QLED TVs for 2023: bring on the brightness
The best OLED TVs for 2023: from LG, Sony, and Samsung
The 50 best movies on Netflix right now (January 2023)
The best movies on Amazon Prime Video (January 2023)
The best new shows to stream on Netflix, Hulu, HBO, and more
The best TV shows on Amazon Prime right now
Best new movies to stream on Netflix, Hulu, Prime Video, HBO, and more