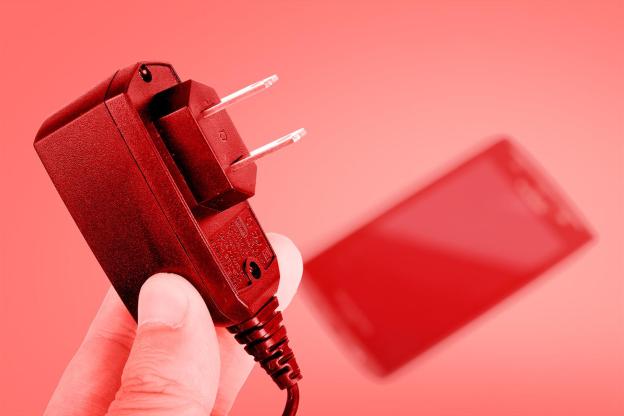 You may not realize it, but your home is infested with little vampires. No, we’re not talking about the Twilight box set you just bought, we’re talking about your mobile phone charger, your TV, your Blu-ray player, your subwoofer and God knows how many other devices that spend at least half of their lifetime plugged in, even when you aren’t using them. So what’s the big deal? Well, it turns out these “vampire” devices are responsible for a huge amount of wasted energy; and if your inner environmentalist isn’t moved, then consider the fact that they are slowly but surely sipping money right out of your wallet. But it doesn’t have to be this way. A few simple changes can save you money, take pressure of the grid and instantly end the threat of global warming. Ok, maybe we exaggerated a little on that last one; but cutting these little suckers off is a worthwhile endeavor, no matter how you slice it. Here’s what you need to know about vampire power and how you can stop it.

Take a look at your living room or man cave home entertainment system. It probably looks nice from the front, but think about how it all looks from the back where you’ve got a rat’s nest of power cords weaving in and around wall outlets and power strips. Tiny LEDs on your components tell you they aren’t “on,” but in reality, they’re not fully off, either. Your phone and tablet are both fully charged, but you only unplug them from their chargers, leaving the adapters in their respective sockets. Gadget after gadget takes up every available outlet you can find to make sure they’re all juiced up and ready to go when you need them. The thing is, while that charger sits in its socket and your Blu-ray or DVD player sits quietly with its cute little LED all aglow, your power meter is spinning unnecessarily fast; and you’re paying for it.

What you’re dealing with is standby power, or “phantom load,” as some call it, which is defined as a device that’s turned off, asleep or otherwise not in use, but still plugged into a wall outlet. For certain devices (appliances, clocks, timers, your modem and router), that might make sense, but consider how many gadgets you have plugged in at any given moment and, of those, how many are actually in use for more than a handful hours a day.

The average American household spends $100 per year powering devices that are turned off or in standby mode, according to Energy Star.

It’s easy to take these things for granted, especially when it’s hard to quantify what this all means to the bottom line of your electricity bill every month. So let us shed a little light on the topic: The average American household spends $100 per year powering devices that are turned off or in standby mode, according to Energy Star – and that’s probably a pretty conservative figure. On a grand scale, Energy Star reckons vampire power costs $10 billion nationwide every year – and counting. While electronics and appliances are certainly more energy-efficient now than they used to be, there are now far more of them in homes than ever before.

Think about it: Your home theater setup is in use for, what, maybe a few hours in a given day? The other 20-21 hours it’s just sitting there, sucking up juice for nothing. That might explain why Assistant Secretary Alexander Karsner went on CNN to talk about the issue. Demand for “instant-on” access and usability is a big reason why “off” really means “standby” with electronics nowadays.

A lot of this comes off as a waste. Sure, we can be impatient as consumers, but do we need to have that instant-on access for every single gadget within our grasp? Is an extra minute of boot up time on a set top box totally unacceptable? We hear about Energy Star certifications and energy-efficiency a whole lot, but those boasts rarely ever come with a proper dollar figure to spell out cost savings. Since 2011, the FTC has forced TV manufacturers to include an Energy Guide label that estimates what it might cost to run it over a full year. As the label states, the figure is based on five hours of daily usage at a rate of $0.11/kWh. The low and high estimate can be as high as $50-plus apart, but the key to the label is the part that says, “your cost depends on your utility rates and use”. You bet it does.

Residential rates vary considerably across different states, so where you live plays a big role on the bottom line. But if it’s true that a 55-inch LED TV only hits your power bill to the tune of $60 per year, it’s probably a big reason why some consumers look the other way when it’s sitting in standby. Usage also varies, too. Your long multiplayer gaming session can eat up more than five hours in a day. Do that a handful of times in a month while living in a more expensive state, and your monthly bill will see an extra buck or two.

But let’s give some credit to the manufacturers which have come a long way from the energy-guzzling days of cathode ray tube TVs (CRT). Compact flourescent bulbs suck up a lot less juice, and energy-sipping LED TVs have dimming features that help things in check. The components inside don’t need the same level of current as years past and they generally consume about a quarter to one-third the power a comparable plasma uses.

To put that in perspective, Sharp’s 80-inch LC-80LE632U LED TV consumes about $2.20 per month based on the numbers used in the Energy Guide. That’s pretty impressive for such a large product. By comparison, Panasonic’s 55-inch TC-P55ST60 plasma runs close to $5 per month using the same guidelines.

Those numbers aren’t bad, even when accounting for how much vampire power they draw. Sharp’s 80-inch is rated at less than a watt when off, while Panasonic’s 55-inch plasma is rated double that of Sharp’s larger model, unsurprisingly. Those are efficient rates for any gizmo and are reflected in consumption measurements we took that amounted to a few dollars per year in both cases. Hardly a number to get riled up about, right?

Except that your TV isn’t the only thing plugged in, and the two particular models mentioned are newer and more efficient than many older flat-panels sitting or mounted in homes across the country. Some of those have standby rates of over 5 watts, so in those cases, you’re definitely spending more than pennies per year to keep it on standby.

And then there’s all the other stuff that might be connected to the TV. An idling PlayStation 3 Slim uses 75 watts of power, which is a significant improvement over the 171 watts the original PS3 “Fat” uses. The PS3 Super Slim uses just 0.5 watts on standby, on average. The original Xbox 360 (like the “Fat” PS3) was an energy hog, but has since been reined in to a standby rate of less than 2 watts now with the 360 S. Nintendo’s Wii U uses only 32 watts during gameplay and a pittance when in standby.

The same is true of other devices. Roku streaming boxes barely use more than 2 or 3 watts when running, and even less when in standby. Ditto for the Apple TV. Blu-ray players have slimmed down and use less energy now, too. Their standby usage is comparable to anything else in a home theater setup.

A few dollars here, chump change there, and a few bigger ticket energy hoarders (we’re glaring at you, subwoofers) can easily add up to the $100 annual vampire power figure Energy Star states.

Cable and satellite boxes, especially if DVRs are running, veer off the trend a little. They clock about 30 watts when in use and could cost between $35-$45 per year for each one you have (bear in mind there are plenty of households with two). It’s hard to keep those off entirely if you rely on them to record your favorite shows, but it may be enough of an incentive to cut off just about everything around them.

A few dollars here, chump change there, and a few bigger ticket energy hoarders (we’re glaring at you, subwoofers) can easily add up to the $100 annual vampire power figure Energy Star states. But even if $100 is an amount you can part with, why should you? Saving that cash and helping the environment is also pretty easy. The tried-and-true method of manually unplugging or just hitting the Off switch on the power strips all those components are hooked into might be a good start.

Or you can opt to go with “smart” power strips and surge protectors that do that on their own. Belkin’s Conserve line of products has looked to tackle this on a few fronts. The Smart AV strip has eight total outlets, but one is meant for TVs. When the TV is turned off, the five components next to it turn off completely, too. No standby power runs through to those outlets at all. The extra two outlets operate normally, and are meant for DVRs, routers or anything that needs to have aconstant current.

The Conserve AV takes a similar approach, except it puts a one-click remote in your hands, and offers more space for different sizes of plugs or adapters. And if you want to know how much energy a gadget might consume over a year, the Conserve Insight can tell you point blank.

Others from the likes of Tripp Lite, GE and Monster’s GreenPower PowerCenter lineup offer varying degrees of control over how you cut the supply, but there are plenty of choices out there – you just have to look.

Solar chargers for portable devices like smartphones and music players are nice to have, but they don’t recharge fast enough off the grid to be useful on a daily basis. But since charging your phone doesn’t consume that much juice in the bigger picture, making sure you unplug the charger once it’s done is a step in the right direction.

Vampire power comes with the ultimate trade-off of convenience, where demand placed on consumer electronics to be up and running at a moment’s notice is the big payoff. Starting from being dead just doesn’t give that quickie satisfaction. This is especially evident on computers, where boot up times have been slashed to mere seconds with some machines. That lack of patience transcends almost every gadget or gizmo we use today, and might explain why it’s easier to just keep the Roku or Apple TV on and idling than to cut it off completely.

Except the real bigger picture is waste, pointlessly lost in the wallet, national grid and the environment. That $100 is an estimate — and a conservative one, at that. Even if it doesn’t seem like much, it wouldn’t make sense to just rip up a Benjamin and throw it away, would it?