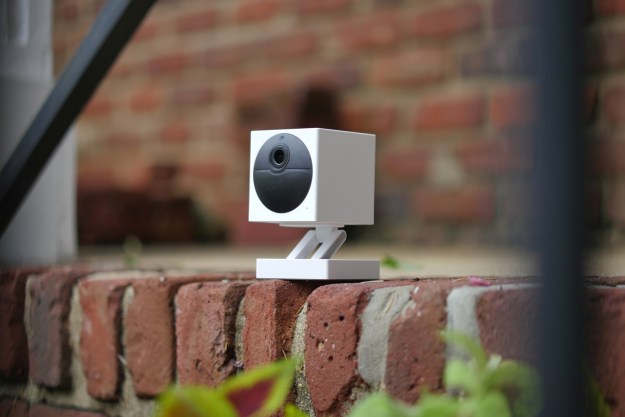 “No other outdoor camera can match the Wyze Cam Outdoor's versatility.”

Wyze has certainly been busy since releasing the Wyze Cam v2 in 2018, redefining the entry-level security camera segment in the process. It was an absolute home run, partly due to its incredibly low cost and rich features. After the company established itself, ambitious plans eventually yielded other fruitful smart home gadgets — such as the Wyze Lock and Wyze Scale most recently.

In yet another move to diversify its portfolio within the smart home, the Wyze Cam Outdoor is gunning to replicate the same successes outside of the home as an outdoor security camera. In fact, it shares many of the same traits with Wyze’s past cameras, so you can expect tons of features at a low cost. They say that with age comes wisdom. I’ll find out if that’s the case here.

What made the original Wyze Cam memorable was its cube-shaped design, something that the Wyze Cam Outdoor properly follows – albeit, it’s larger and accompanied with a lot more heft. That’s expected, given that it’s going to need to withstand the rigors of being in the great outdoors. Place it alongside its indoor sibling, and it’s apparent that the Wyze Cam Outdoor is beefier.

Though it’s constructed entirely out of plastic, it’s solidly built and sturdy. There is a bit of articulation thanks to the plastic base, which is actually fastened on via magnets to the camera. Luckily, it’s not something that can be easily taken apart, and while it can be perched along a ledge or window, it comes with the necessary mounting screws to attach it to walls or ceilings. Its IP65 rating means it can operate at a temperature range of minus-4 degrees F to 120 degrees F — plus, it’s water-resistant.

As a whole, it retains the same design identity that Wyze is known for, and as an , it’s a refreshing take. Quite frankly, it’s an uncommon design among outdoor cameras, but it’s worth mentioning that it’s not just an outdoor camera. It’s something you can use inside of the home, or even on your travels and vacations. This versatility will be handy if you change your mind about your camera’s location, or your needs change.

For this review, I had to use a beta version of the Wyze app for Android and iOS. That’s important to note, because I hope some of the kinks with the app experience gets subsequently ironed out with future software updates.

The setup process involves not only the camera but also the base station, which can only connect to a router through a wired Ethernet connection. Given that my Xfinity router had two additional Ethernet ports, it would’ve been useful if the Wyze Cam Outdoor could directly connect to my Wi-Fi network. Instead, the base station is required — mainly to alleviate congestion with my home’s Wi-Fi network.

On top of that, it’ll better manage connectivity if you intend on adding more cameras later on. There’s a microSD slot in the base station that allows for local storage, which is an incentive beyond the usual cloud storage option.

The app has a straightforward layout. However, it would frequently hang up when connecting to the live stream view – so I would simply restart the app to fix it. As a security camera, it’s quite basic, because there’s no distinction between what it detects, nor are there custom detection zones that can be set to reduce notifications. There are options to create time-lapse clips, along with scheduled recordings.

The more intriguing part of the Wyze Cam Outdoor is Travel Mode, which effectively lets you record videos offline. Therefore, it doesn’t need an internet connection to work but does require a microSD card inserted into the camera to save clips. The caveat, though, is that it didn’t actively detect motion and record clips automatically – so don’t expect to plop this down somewhere in the woods and pray it catches Sasquatch walking by. Rather, I’m able to record clips one of three ways: manually through the app, scheduling a recording, or scheduling a time-lapse.

Wyze advertises that it can record video when the PIR motion sensor triggers, but Wyze is still working on that feature at this time, promising to it available for the official app release. It’s an intriguing feature because it opens a world of possibilities, such as using it to keep tabs on your belongings on vacation, keeping it inside your brand new car to see who’s prowling around the neighborhood, or even for hunters who want to monitor their traps.

The Wyze Cam Outdoor records video at 1080p resolution with a frame rate of 20 frames per second, which drops down to 10 fps with nighttime video. That’s choppy, and the low framerate is clearly visible when watching clips. However, choppy performance isn’t the most distracting part about the Wyze Cam Outdoor’s performance – it’s the consistency of its quality.

With a 1/2.7-inch sensor and f/2.5 aperture lens, the specs of the camera aren’t cutting-edge by any means. What’s strange is that the quality can vary greatly. At times it looks sharp, but at other times artifacting elements and pixelation become glaring problems. The corners also tend to exhibit that distinguishable fish-eye look, causing things to appear more stretched out than what they actually appear. Night vision looks surprisingly well, covering a range of up to 25 feet. In my case, it was able to detect some deer that crossed the camera’s path during the night.

The other glaring part about the Wyze Cam Outdoor is that it’s handicapped largely by a narrow 110-degree field of view. That’s vastly narrower than some of its established contemporaries — like the 160-degree field of view with the Arlo Pro 3. For an outdoor camera, I’d prefer to have a wider field of view to cover as much of the space outside. And finally, the internal speaker allows for two-way communication, but it’s underpowered, crackly, and just tough to make out voices.

Packing dual 2,600 mAh batteries, I was impressed by how well it holds up. During the first five days of using it strictly as a security camera, the battery dropped down to 95%. That’s a comforting level considering that it’s rated for upward of three to six months with normal use, which Wyze classifies as 10 to 20 event videos per day.

I did, however, find the battery draining faster under Travel Mode. It could be due to it broadcasting its own Wi-Fi network for local access, but it just seemed to eat up the battery faster.

Very few outdoor security cameras fly under the $100 range, so for the Wyze Cam Outdoor to hit the mark at $50 for the Outdoor Starter Bundle, it’s a serious statement to its rivals. Expanding the system is easy, too, because additional cams cost $40 each.

It may not be perfect and it has some bugs to work out, but it’s hard to overlook due to its versatility — it goes beyond just an outdoor camera. It’s a security camera for inside/outside the home, as well as something you can take on your travels.

The all-plastic construction is surprisingly superb and sturdy, so I have confidence it’ll hold up outdoors. It does come with a one-year limited warranty to cover against defects.

Yes and no. Research some other cameras and you’ll find that no one else can touch its price point. Adding to that, it’s rare to find an outdoor camera that can operate independently offline.

When it comes to performance, the leaders still include the Arlo Pro 3 and Google Nest Cam IQ Outdoor, which both offer wider field of views, exceptional video footage quality, and advanced detection features. Then again, they don’t come cheap!

Yes. There are areas of improvement, but a low price and excellent versatility makes the Wyze Cam Outdoor a solid choice.