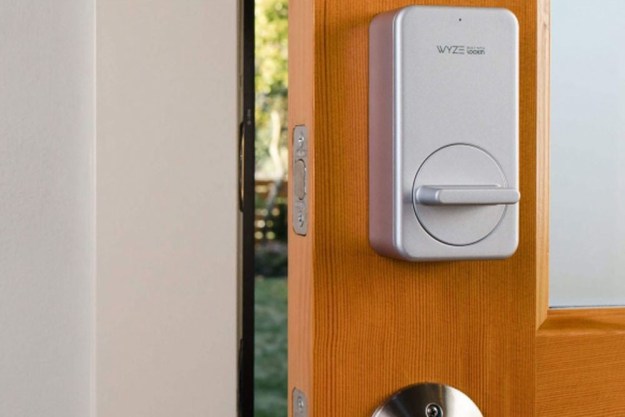 “If you want an affordable smart lock that just works, this is the one for you.”

With the Wyze Lock ($90) you get to keep your keys and your deadbolt, unlike with other smart locks. It essentially screws on to what you already have to give your deadbolt smart lock capabilities in just a few minutes. People who like the idea of a smart lock, but don’t like the idea of learning complicated apps will really enjoy this lock. It’s simple to install and use.

Installation is a snap

Setting up the Wyze Lock is a no-brainer. You’re walked through every tiny step with the Wyze app, so installation is super easy, even for me, and I have no skill with tools at all. Basically, you take off the backplate of your deadbolt, attach the Wyze installation plate by screwing in two screws, then pop on the Wyze Lock and tighten two more screws, much like the August Smart Lock (3rd gen).

It takes about 15 minutes, and all you need is a screwdriver.

From there, the lock just needs to calibrate (the app does most of the work) and you’re done. It takes about 15 minutes and all you need is a screwdriver.

The app is pretty fantastic, too

Sure it’s easy to install, but how easy is it to use? I was pleasantly surprised that using the app to lock and unlock your door is as easy as tapping an icon. The app records these commands and shows them just below the icon so you know who’s been doing what with your lock. It also tells you if your door has been left open, which is super helpful when you have kids that don’t seem to know what a door knob is for.

The lock itself doesn’t do all of this magic by itself, though. The Wyze Gateway comes with the lock to help it connect to your Wi-Fi. Don’t worry that you’ll need to install this piece of equipment. The gateway is just a small, round sensor that plugs into a wall outlet near your door. If the power goes out, you can use the Wyze Lock with a Bluetooth connection, though.

In the settings, you can share locking and unlocking abilities with family members, friends, or roommates by sending them an email. The email outlines how the person can set up access to their virtual key.

You can also set up a schedule that will automatically lock the door if it has been closed for a certain amount of minutes. Since I typically forget to lock my front door, I like that the Wyze Lock has my back. I also typically have my hands full with groceries, dog leashes, or packages when I get home, so the auto unlock feature is nice, too. The app uses your phone’s location to notify the lock that your home and it will unlock as you walk up to the door.

I like that the Wyze Lock has my back.

The only thing I really don’t like about the Wyze app is that every time you change a setting there’s a loading screen that pops up for around 30 seconds. This gets on my nerves quite a bit, especially when I’m in a hurry.

What the Wyze Lock doesn’t do

The Wyze Lock is for folks that want a simple lock. It shouldn’t be lumped in with more advanced locks. For example, it doesn’t have a keypad like the Nest X Yale (though you can add this capability by installing the Wyze Lock Keypad), it can’t unlock using your fingerprint like the Kwikset’s Halo Touch, and it doesn’t allow you to set limits on virtual keys. For example, with August, you can put usage limits on how long someone has access to your lock. So if you want to grant a friend access to your home to water your plants while you’re away on vacation, you can limit how long they can operate the lock to just a week, for instance.

Also, as of this writing, it isn’t compatible with Alexa or Google Assistant, though Wyze Labs says the feature is coming this year. This means there is no way to control the lock with voice commands, unlike almost all of its major competitors.

At the price of $90, the Wyze lock is the budget-friendly choice. It is also the best choice for those who want basic smart lock capabilities without any extra features. The app is a breeze to use, too, even if it’s a bit slow.

While I’m down for the simplicity of this lock, there was one major feature I felt the Wyze Lock needed, but was left out. You really need to be able to limit access to virtual keys. You can always go in and manually delete someone’s key, but if you forget you may end up with a problem that could have been easily prevented.

Yes. The August Smart Lock (3rd gen) is pretty much the same lock, but with a few more features. Though the original price of the August lock was $150, you can now get it for around $93. The only drawback to August is it needs a seperate Wi-Fi bridge for remote access and third-party integrations. If you buy the bridge the price increases by around $60. The Wyze Lock comes with everything it needs, making it much more affordable.

I have to admit, I wonder. The main body of the lock is only attached to the mounting plate with two tiny screws. One good whack or a toddler hanging off of it may strip the Wyze Lock right off the door. It has a one-year limited warranty, but only for defective parts.

If you’re on a budget and don’t want to buy a bridge for the August, I think you’ll be happy with the Wyze Lock.