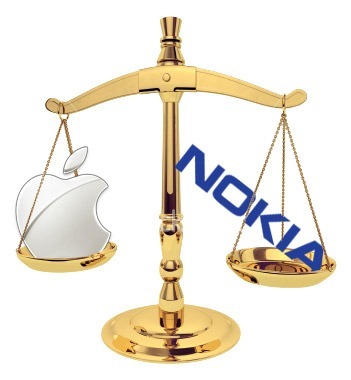 Nokia has long claimed iOS technology violates its patents – and it’s not backing down. Now, Apple is counter-suing Nokia over the company’s alleged patent on touchscreen scrolling.

The Finnish cellphone manufacturer has been fighting the iPhone and iPad for infringing on countless patents it has registered. Apple has accordingly fought back, and 37 lawsuits later, here we are. Nokia’s fight with Apple escalated over the fall and winter of 2010, and in this particular instance, Apple is trying to invalidate Nokia’s claims that iOS devices violate its touchscreen scrolling patent. The complaint was filed in the UK, and Apple believes Nokia’s hold over touching and scrolling technology in invalid.

Apple continues to assert that Nokia is suing because it doesn’t have its own legs to stand on. “Companies must compete with us by investing their own technologies, not just by stealing ours,” Apple’s general counsel Bruce Sewell said about the situation earlier this year. Nokia’s initial court proceedings centered on Apple’s use of 3G technology, since stretching to challenge other purportedly unlicensed features iOS devices have integrated.

Apple has yet to comment, but Nokia responded to the countersuit. “We are examining the filing and will take whatever actions are needed to protect our rights,” spokesman Mark Durrant told Bloomberg. And Nokia clearly has no problems going to court: earlier today, the company won a case invalidating a patent infringement filed by German company IPCom. According to Bloomberg, Nokia has countered 45 IPCom patents, and so far has been successful.