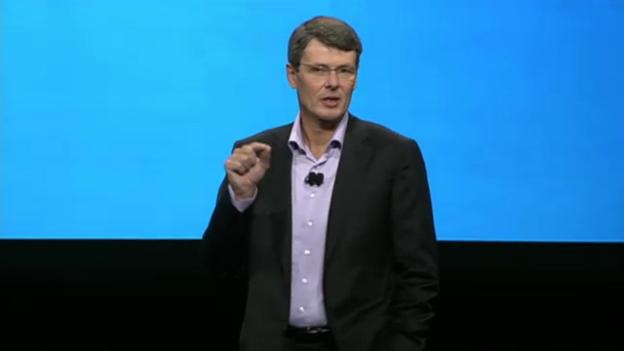 Just ahead of Friday’s launch of BlackBerry’s new Z10 handset in the all-important US market on Friday, company boss Thorsten Heins has spoken of his intention to have four BlackBerry 10 phones on the market in time for the holidays – the Z10, Q10 and two others.

In an interview with Cnet on Thursday, Heins said there was one upcoming BlackBerry device in particular that he was very excited about, claiming it takes the new platform “to another level in terms of the user experience.”

A midtier handset is set for launch later this year, though before then the keyboard-equipped Q10 should already be in stores. While the Q10 is expected to arrive in the US in May (or possibly a little later), other countries – including the UK – are expected to start selling it in April. Carrier approval seems to be the main factor behind the Q10’s slightly delayed US launch – the same reason why the Z10 has been a little slow coming out of the blocks in the US.

Heins told Cnet the Canadian mobile maker wants to build a portfolio of handsets across three tiers, with a mixture of touchscreen and QWERTY options. “We’re building that portfolio, we need to get into that depth and into those tiers,” Heins said in the interview.

Friday is a massively important day for BlackBerry, with US consumers at last given the chance to try out its new BB10-powered Z10 device. A positive response from the US market to its new BB10 platform and handsets is key to BlackBerry’s future success as it tries to persuade some of the millions of American users who in recent years switched to the iPhone or Android-powered handsets to take another look at its offerings.

While reviews of the mobile maker’s new platform and Z10 handset have been generally pretty favorable, the company is well aware that it still has its work cut out. It knows, for example, it has to encourage more developers to create apps for the platform, with BlackBerry World currently offering around 12 percent the number of apps available in the iOS or Google Play stores. News on Thursday showed it was heading in the right direction on this front, with the company announcing its online store had hit the 100,000-apps milestone, just 30,000 fewer than the number available to Windows Phone users via the Windows Store.

All eyes are certain to be on BlackBerry on March 28 when the company reports its Q4 financial results. This’ll include data collected up until the end of February, so should reveal some interesting sales figures for the Z10, which began selling in markets outside the US at the end of January.

Video-editing app LumaFusion to get a Galaxy Tab S8 launch
HMD Global shows its serious about U.S. expansion with 5 new Nokia phones
Common Samsung Galaxy S10, S10 Plus, and S10e problems and how to fix them
BlackBerry rises from the grave: New 5G phone with a keyboard coming in 2021
iPad 10.2, Microsoft Surface Go, Samsung Galaxy Tab S6 on sale for Memorial Day
iPhone 14 Pro vs. iPhone 14 camera battle shows why small details matter
How to hide photos on your iPhone with iOS 16
Does the iPhone 14 have an always-on display? Know this before buying
Reverse wireless charging on the iPhone gets one step closer to reality
The OG App, an ad-free Instagram client, is no longer on the App Store
The best phones for 2022: Which smartphone should you buy?
Best period-tracking apps for Android and iOS
Best Apple deals and sales for October 2022