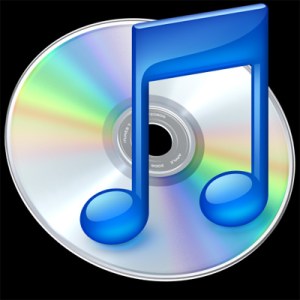 Few people were surprised yesterday when Apple pulled back the curtain on the iPad 2, an announcement that had been rumored and strongly hinted at in the weeks leading up to the press event. Company boss Steve Jobs also used the gathering as an opportunity to officially launch iOS 4.3, the latest update to Apple’s mobile operating system. With two key updates to the company’s catalog announced, an equally important third one couldn’t be far behind: a new version of iTunes.

Well it wasn’t. Apple released iTunes 10.2 late yesterday to prepare for the coming upgrades. There isn’t an awful lot that’s new in this update, though you’ll need it to manage your device’s media if you plan to jump on iOS 4.3. The 10.2 release notes list just two bullet points: “Sync with your iPhone, iPad or iPod Touch with iOS 4.3” and “Improved Home Sharing. Browse and play from your iTunes libraries with Home Sharing on any iPhone, iPad or iPod Touch with iOS 4.3.” Very straightforward stuff.

Home Sharing is one of the new features supported in iOS 4.3, which also adds Personal Hotspot support, AirPlay enhancements and improved Safari performance. The operating system upgrade arrives next week on Friday, March 11 alongside the iPad 2.

Video-editing app LumaFusion to get a Galaxy Tab S8 launch
How to turn on the haptic keyboard in iOS 16
How to use iOS 16 photo cutout to cut and paste images
How to add multiple wallpapers and change your home screen on iOS 16
Apple rolls out iOS 16 update to fix frustrating camera-shake, paste bugs
OnePlus wants your help to plant thousands of new trees
How to remove watch links from the strap on your new watch
Best cell phone plan deals for October 2022
When is the best time to post on Instagram?
Best Google Pixel Deals: $250 off the Pixel 6 Pro
The best Samsung Galaxy S20 deals for October 2022
Best Samsung Galaxy Note 20 deals for October 2022
How to manage all of your Apple Watch notifications