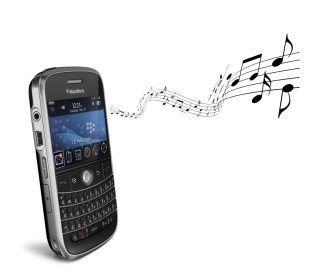 Following the release on Thursday of Research In Motions’s dismal results for its latest quarter, together with the news that the launch of its next operating system, BlackBerry 10, is to be delayed until the latter half of next year (yes, that’s the OS which is supposed to turn around the fortunes of the company), we can expect a number of offers and deals in the coming months from the troubled company as it tries desperately to stay in the mobile game.

It’s kicking off the please-don’t-jump-ship show with an offer of up to 120 days free membership of its BlackBerry music-sharing service, which received its official launch at the beginning of last month.

Users begin with BBM Music by building a profile comprising 50 of their favorite tracks. The idea is that they then build their own library by connecting with music libraries of friends also using the service. Of course, if your music tastes are entirely different to those of your buddies, your collection may remain frustratingly small. There’s a social element to BBM Music too, with users encouraged to create and share playlists, as well as comment on your friends’ music.

To take up the offer, BlackBerry users must install the BBM Music app between now and January 4. If you don’t cancel the deal once the free trial is over, you’ll be charged the regular subscription rate of $4.99 a month.

While the free offer is hardly going to save the company, RIM will be doing everything it can in the coming months to try to retain its smartphone user base following its announcement on Thursday regarding the delay of its much-anticipated BlackBerry 10 OS.

According to Reuters, Canadian brokerage National Bank Financial wrote in a note to clients on Friday, “RIM confirmed the BlackBerry 10 smartphones will be delayed until the latter part of calendar 2012. This could be game over for the BlackBerry franchise.” Harsh words indeed, but many in the industry will agree.

While RIM executives will be glad to see the back of 2011, next year hardly promises to be any better.

Best MP3 players: a great music streamer for everyone