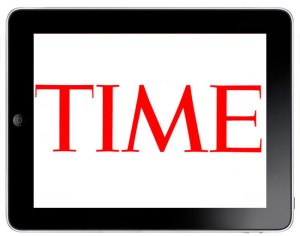 The publishing world’s migration to the iPad continued this week with Time Inc., the largest magazine publisher, reaching a deal with Apple to release free versions of its magazines to print subscribers, reports the Wall Street Journal. The agreement could signal that a compromise has been reached between Apple and disgruntled publishers, who have called the gadget company’s subscription policy unfair and overbearing.

The deal could have far-reaching implications for publishers looking to release their content through Apple’s popular tablet. By offering the iPad versions for free, Time has effectively surpassed Apple and its 30 percent charge on every subscription fee garnered through the App Store. Time has also denied Apple valuable customer data, which will now be collected exclusively by Time, rather than Apple.

Before now, Apple hasn’t allowed publishers to bundle their print and iPad version subscriptions. The tight restrictions imposed by Apple led the Federal Trade Commission to launch an anticompetitive investigation into its subscription policy in February.

Despite the complaints about Apple’s policy, the publishers of magazines like Maxim, Elle and Popular Science all signed on to the controversial plan soon after its unveiling.

Time’s decision to make its iPad magazines free comes at a time when the company is expected to report flat revenue for the first quarter of 2011. And Time isn’t the only one; the magazine industry as a whole is struggling, with already-deflated advertising revenue expected to fall another 1-2 percent further over each of the next two years. Whether or not free iPad access can help Time increase its reader base — and thus, its advertising revenue — remains a shot in the dark.