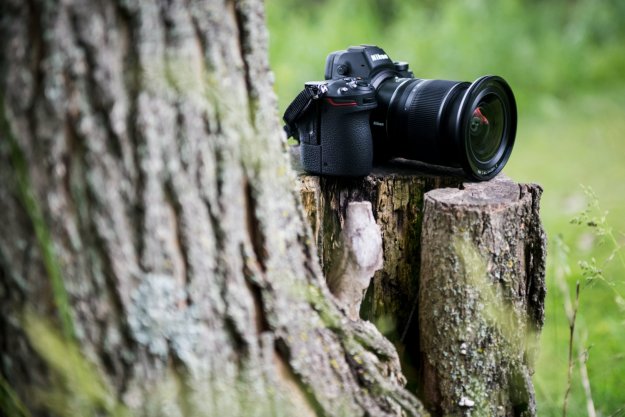 When Nikon unveiled its mirrorless Z series last year, the company said the shorter, wider lens mount would lead to numerous improvements in the optical performance of Z-mount lenses. Thanks in part to that design, the Nikkor Z 14-30mm f/4 S is the first full-frame 14mm lens that can accept screw-in filters, and that feature alone may make it a must-have lens for landscape photographers.

As a high-end, ultra-wide-angle lens, Nikon is promising a lot with the 14-30mm. The company claims the Z-mount leads to sharper images with less flare and aberration, along with a more compact design, compared to DSLR lenses

But how much of that is marketing speak, and how much is truly technology that will give Z shooters a noticeable edge? Fortunately, this lens delivers impressive optics and performance — the question is whether or not it’s the right fit for your shooting style.

Even though it offers an ultra-wide angle and more than 2X zoom power, the 14-30mm is very compact. Weighing a hair over 17 ounces, the lens retracts to only 3.5 inches when not in use, limiting the space it takes up in your bag. Extended in shooting position, it adds another inch or two.

The front element is nearly flat, a rarity in such wide-angle lenses, which allowed Nikon to claim the title for the widest full-frame lens that accommodates standard filters (at 82mm, a size we unfortunately didn’t have on hand to actually test). A rim around the front element puts the filter threads a few millimeters away from the glass, which could help with reduce the chance of vignetting, a common problem when using a filter on ultra-wide lenses. Keep in mind, stacking multiple filters, common with neutral density filters, could still lead to vignetting. Polarizing filters also don’t work as well on wide-angle lenses. The polarizing effect depends on the angle of the light, which leads to uneven results at wide angles.

Like other Z mount lenses, the 14-30mm is weather-sealed against dust and moisture and sports a sleek, minimalist black design that pairs well with the Z 6 and Z 7. Fluorine coating on the front helps repel fingerprints and spots.

The design doesn’t have as many bells and whistles as the Nikkor 24-70mm f/2.8 S, instead bearing closer resemblance to the budget-friendly 24-70mm f/4 S. There’s no mini LCD to display the focus distance scale, nor is such information printed anywhere on the lens itself. If you only plan on using autofocus, the manual focus ring can be set to control a custom setting, but the lens doesn’t pack in an extra control ring like the 24-70mm f/2.8, nor an extra function button.

This is the first full-frame 14mm lens that can accept screw-in filters, and that alone may make it a must-have lens for landscape photographers.

What you can’t see is that the small and sleek body houses 14 lens elements in 12 groups, including four aspherical elements. The lens uses an internal stepping motor for autofocus, capable of focusing as close as 11 inches from the front of the lens at any zoom position.

While the aperture is consistent throughout the zoom range, the f/4 maximum isn’t crazy bright, considering the lens’ price. Of course, most wide angle lenses are used in landscapes or other situations where narrower apertures are preferred to keep more of the image in focus, but this isn’t a lens that will give you great low light performance. Unlike higher-end Nikkors, it also uses a seven-blade aperture, rather than nine.

If you like to use the silent electronic shutter of Z-series cameras, you’ll be pleased with the very quiet performance of the 14-30mm. Autofocus noise from the internal stepping motor is difficult to hear at all, which is also nice for shooting video.

Mounted on a Nikon Z 6 and set to full-time autofocus for video, the 14-30mm smoothly transitioned between near and far focal points without any of the clunking or whirring some autofocus motors create. We only noticed some whirring noise when overriding the full-time autofocus by pressing the shutter button halfway for faster (and more abrupt) focusing. When opting for the continuous autofocus instead of full-time, which uses the shutter release to tell the camera when to refocus, there’s a quiet click when releasing the shutter button. Despite this, the lens is still one of the quieter ones available.

Zooming is harder to do quietly, but, because of the how the barrel distortion changes as you zoom, you’re better off picking a focal length before you start recording and sticking with it.

For still photos, the autofocus is just as smooth. While part of the focus performance relies on the body the lens is attached to, focus was both quick and quiet on the Z 6. The only times the lens seemed to struggle to focus was when working close to that 11-inch minimum focusing distance.

With a lens as wide as 14mm, barrel distortion is unavoidable, but it is actually well controlled here and less pronounced than expected. Still, if you want that exaggerated ultra-wide-angle look to emphasize the distance between objects, then you can find it. The 114-degree field of view at the widest angle nearly gives you the perspective of an action camera, while the 30mm position offers a medium wide angle with less exaggeration and distortion.

We did find some slight vignetting in the corners that’s noticeable with a bright or solid colored background. Any vignetting was easily corrected with a small adjustment to Lightroom’s vignette slider.

Nikon’s claims for near-zero chromatic aberration are more than just marketing speak. When viewing high-contrast areas of a real-world shot at 100%, we didn’t find any colored fringing. Shooting a test chart, the lens has some very minor tint between high-contrast lines towards the edge of the frame, but not anything that’s likely to be spotted in real-world use.

Flare is also nicely reduced, but of course not eliminated. At the smallest aperture of f/22, the lens creates a striking starburst.

Nikon isn’t hiding a bunch of fine print when it says that the lens is sharp, either. The lens has a slight improvement in the finest details when stepping up from an f/4 to f/5.6, but even wide open it offers exellent sharpness. The center may still be the sharpest part of the image, but the edges were only slightly softer.

Midway through the zoom range appeared to yield the sharpest results of our test chart, but you won’t see much variation in sharpness in the real world between the wide end and the narrow end. The Z 24-70mm f/2.8 S did have a slight edge in sharpness over the 14-30mm, but it’s also the pricier lens.

Like the small handful of Z lenses launched before it, the Nikkor Z 14-30mm f/4 S is sharp and compact with a weather-sealed design. It carries a slightly higher price point than F-mount lenses, but it’s also a unique focal length you can’t get elsewhere. We also liked the smooth and quiet autofocus that was great for both stills and video.

Retailing for about $1,300, this is not a budget lens by any stretch of the imagination, but it feels like a fair price for the quality.

While the lens is excellent overall, it’s not entirely perfect. The lack of a focus distance scale on may discourage some landscape photographers that frequently rely on the feature. The f/4 aperture also puts limits on low light work, but the trade-off is a relatively long zoom range.

With every Nikkor Z lens that we’ve tested — which is all five of the currently available options — we’ve been impressed by the image quality, but stuck on whether the lens is worth an upgrade from the F-mount equivalent. For Z-series photographers that don’t already have an ultra-wide F-mount zoom in their gear kit, the smaller size and image quality is likely worth the extra investment — about a $300 difference — over the larger Nikkor AF-S Nikkor 16-35mm f/4G ED VR that would require the FTZ adapter. Photographers that already own the 16-35mm may want to stick with the F-mount option rather than spend the $1,300 — unless size is a major concern or the F-mount just isn’t quiet or sharp enough.

For photographers pausing at the f/4 maximum aperture, the AF-S Nikkor 14-24mm f/2.8G ED is another $500 more. Third-party lens manufacturers haven’t yet launched an abundance of Z mount lenses, but for photographers willing to use the FTZ adapter, the Sigma 14-24mm f/2.8 DG HSM Art offers a faster aperture at the same price, albeit without filter compatibility, while the slightly narrower Tokina AT-X 16-28mm f/2.8 Pro FX costs just under $600.

Lenses tend to outlast camera bodies before new technology makes an upgrade significant — we expect this lens to follow the same pattern. It’s sealed against dust and moisture, so barring any major catastrophes, the lens should keep shooting through a few generations of Z mount cameras.

If you need an ultra wide, sharp, quiet lens to pair with a full-frame Nikon mirrorless camera, buy the Z 14-30mm f/4 S. It offers excellent build quality and performance, and pairs well with Nikon’s young mirrorless system. You can find equally wide lenses with a faster aperture if you don’t mind using an adapter, but you’ll sacrifice filters and compactness.