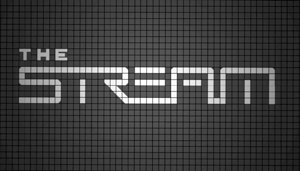 With the Middle East upended by protests that were organized with the help of services like Twitter and Facebook, Al Jazeera English has plans to launch a new talk show that centers around social networking, Wired reports.

Dubbed, “The Stream,” the new Al Jazeera English program has been in the works for the past year, making its soon-to-come debut simply lucky timing, as protests in the Arab world continue to percolate. (In places like Libya, the protests have turned into all-out civil war.)

Unlike regularly scripted shows, “The Stream” will be based on a script made up of incoming tweets, Facebook wall posts and YouTube videos from viewers and “the Web at large.” (Think “Tosh.0,” but without all the puke jokes.) The show’s producers are reportedly considering using Storify, a new service that allows users to easily turn a collection of tweets into a cohesive narrative, to help build-out the show’s content.

To make the show as social network-centric as possible, hosts of “The Stream” will be reading tweets and other updates as they come in. If technology cooperates, interviews with guests will sometimes be conducted using Skype.

“We’re very much going to be relying on what people are talking about,” Ahmed Shihab-Eldin co-host of “The Steam,” tells Wired.

Al Jazeera English has seen a massive surge in popularity in recent months, especially in the United States, due to its inexhaustible coverage of the social unrest in Egypt and elsewhere in the Middle East and Northern Africa. It hopes “The Stream” can help to further the advancement of social media as a legitimate form of publishing information.

“The democratization of the Arab world is directly related to the democratization of the media,” says Shihab-Eldin in a podcast about “The Stream.” “It’s not just about organizing protests … there are so many different ways in which social media is used to connect people across borders, but also to connect old media with new media, to fight the battle, to fight oppression.”

We’ll have to wait a few months for the show’s release to know whether “The Stream” can avoid the pitfalls of CNN and its over-exuberant use of touch-screens and holograms.

Topics
Elon Musk advises people to ditch Facebook and use Signal
What is Section 230? Inside the legislation protecting social media
What the biggest tech companies are doing to make the 2020 election more secure
Facebook is paying some users to suspend their accounts before the 2020 election
What is Twitter Blue and is it worth it?
Twitter closes offices as ‘work pledge’ deadline passes
What is Ambient Mode on YouTube?
What is BeReal?
How to delete a BeReal post
How to use TikTok’s voice changer
Twitter attempts to sort out verification system with new badges
Hive Social is my favorite Twitter alternative, but that’s not saying much
Elon Musk meets Apple’s Tim Cook to settle dispute