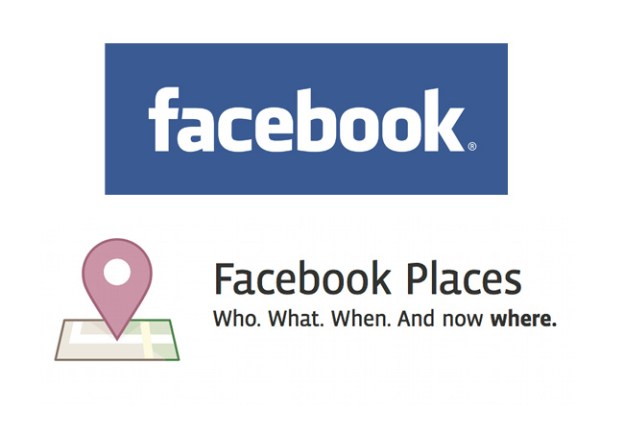 Facebook is once again in the spotlight for a rumored new product that will increase revenues while simultaneously decreasing the privacy of its users. The combination of a sliding stock price, reports of an increase in Facebook fatigue, and investors wanting to know how the social media giant will monetize on mobile has caused Facebook to start searching for ways to attract new users, re-captivate current ones, and generate new revenue streams. Recently, rumors suggest Facebook is planning on launching a new location-based app next month, allowing users to find friends nearby that they’re connected to via Facebook, and allow businesses to push offers to users based on their location. Will it finally be too much, or are we hankering for a social-mobile-locale solution from the network?

Since its IPO last May, Facebook’s stock has had a turbulent ride—opening at $42.05 in May of 2012 and closing out last week at $28.55—representing a 32 percent drop in the value of its stock to date. Globally, Facebook took in an average revenue of $5.32 per user last year—an increase of six percent from the year prior, according to Facebook’s own regulatory filing. But with the social media giant looking to grow in Asian markets—where ad-spend is traditionally lower than that of the U.S.’s, it’s not surprising that investors want to know how Facebook plans to generate new sources of revenue. Currently, the largest share of Facebook’s revenue comes from advertising, which makes up 85 percent of the social network’s income. In the fourth quarter of 2012, mobile contributed 23 percent of total ad revenue—up from 14 percent in Q3. But with the rise in the number of mobile devices worldwide, and a shift in the way people are accessing the Internet from traditional PCs to mobile devices, Facebook knows it must find new ways of revenue generation through mobile.

This shift towards mobile has already affected Facebook; last month, the number of active daily visitors accessing the social network on mobile devices for the first time surpassed the number of users logging in through the Web. On February 1, Facebook filed its annual 10-K report, which pointed out the rise in the number of active users on mobile as compared to users on personal computers. Facebook’s 10-K stated: “We had 680 million mobile [monthly active users] MAUs in December 2012. While most of our mobile users also access Facebook through personal computers, we anticipate that the rate of growth in mobile usage will exceed the growth in usage through personal computers for the foreseeable future and that the usage through personal computers may decline or continue to decline in certain markets, in part due to our focus on developing mobile products to encourage mobile usage of Facebook.” All this adds to the immediate need for a new mobile monetization strategy.

Adding fuel to the fire is what some are calling a loss in Facebook’s “cool factor.” A recent study by the Pew Internet and American Life Project, found that the majority of Facebook users (61 percent) have logged out of Facebook for prolonged stretches of time because they: were too busy (21 percent), lost interest (10 percent) or felt it was a waste of time (10 percent). Many have seen friends post comments during the holidays stating that their New Year’s resolutions were to take a break from Facebook or announcing they would be shutting down their Facebook page in the coming days.The study went on to find that 42 percent of Facebook users between the ages of 18 and 29, and 34 percent of those between the ages of 30 and 49, said that over the past year, the time they spent on Facebook during a typical day had decreased. Notably, 38 percent of users of the social media site between the ages of 18 and 29 reported that they planned on spending less time posting or checking status updates on Facebook this year.

CNET recently pointed that Facebook warned investors that its younger users were spending increasing amounts of time and attention on other applications—some of those considered by Facebook to be competitors. In a section of its 10-K report titled: “Competition presents an ongoing threat to the success of our business,” Facebook warned: “We believe some of our users, particularly our younger users, are aware of and actively engaging with other products and services similar to, or as a substitute for, Facebook.” Facebook went on to point to its own photo-sharing app Instagram, as an example of apps younger users are spending a greater amount of time on, but other apps, like Snapchat—a competitor to Facebook’s Poke—and Twitter, are examples of other likely competitors gaining more user attention.

It’s no surprise, then, that Facebook is turning to mobile to reignite its user-base, escalate its mobile presence, and increase its revenue stream—capitalizing on the ways in which social companies like Foursquare are already generating revenue. The location-based technology, combined with push notifications, would allow Facebook to know when and where its users and their friends are meeting up, and then be able to offer deals from businesses nearby to lure in new or returning customers—which is potentially a much more lucrative business than just selling basic mobile ads.

For stalkers, life’s about to get a whole lot easier

Facebook’s rumored solution to driving revenue via mobile with a location-based app makes  sense considering it bought the social media site Glancee—a location-tracking startup—in May of last year, and Gowalla, a location-based social network in December 2011.

The rumored app would essentially auto-broadcast the location of its users, allowing Facebookers to find “friends” nearby that they’re connected to online. The social network already records GPS coordinates, which allows users to check-into places or tag photos with corresponding locations, but some report that the app would take it a step further in that it would track user locations even when the phone isn’t in use.This clearly brings up a host of privacy issues; while some posit that this will be an opt-in feature that users would have to agree to, others point to Facebook’s current data-use policy, which seems to state that Facebook already reserves this right. “We receive data from the computer, mobile phone or other device you use to access Facebook…. This may include your IP address and other information about things like your Internet service, location, the type (including identifiers) of browser you use, or the pages you visit. For example, we may get your GPS or other location information so we can tell you if any of your friends are nearby,” the social network’s data-use policy states. It continues, “We also put together data from the information we already have about you and your friends…We may put together your current city with GPS and other location information we have about you to, for example, tell you and your friends about people or events nearby, or offer deals to you that you might be interested in.”If this rumored app is released next month, Facebook will continue its movement in the direction of a more open world at the expense of user privacy—which is in line with CEO Mark Zuckerberg’s view of how the world should be.

Bringing the meaning of “social” back into the real world

Many studies and thought leaders have expressed their fear that both technology and social media are turning us less human, and less social—at least when it comes to in-person encounters. MIT Professor Sherry Turkle famously wrote about this phenomenon in her book, “Alone Together: Why We Expect More from Technology and Less from Each Other.” Turkle pointed out that as a society we have left real, face-to-face relationships for discounted, online relationships that leave us “less human.”

There’s no doubt that we’ve shifted from a culture that began focused on personal, face-to-face relationships and interactions, to a culture in which we spend the vast majority of our active social time sitting in front of a screen chatting online, posting status updates or viewing profile pages of friends—whether or not those friends are actually friends in the real world. But maybe location-based apps, like the one Facebook is reportedly set to put out, can once again reconnect people and relationships from the online world back into the real, offline world. If you’re trying out a new café or hanging out with friends at a local lounge, for example, getting an alert that a friend is nearby has the power to connect the online with the offline and potentially foster and develop face-to-face relationships.On the other hand, once users realize that all of their so-called friends on Facebook would have unhindered access to their location—at all times—users would likely be more selective about who they accepted as friends on Facebook.

But all this would come at the expense of user privacy

Though there may be some upsides to such an app, it would have its share of downsides. Just as quickly as it could help build up offline relationships by alerting friends when they are nearby, it could also have the reverse effect. You could imagine a scenario when two friends want to spend time together and tell a third friend that they’re busy or can’t hang out, only to have the third friend be updated when the two friends have been checked-in together, nearby. And that is assuming that the auto-broadcast feature checks users in, in exactly the correct location.

If, as predicted, the app would auto-broadcast user locations at nearby stores or restaurants—not only would all privacy be lost along with the control of the user over what they’re sharing, but there is also the potential for embarrassment if a user is accidentally checked into a place they are walking past—a porn store, strip club or STD clinic, for example. And depending on how the app works, users might not even realize where they’ve been checked-into. Currently, plenty of users may not even realize their status updates are reading and entering their location – and it only stands to get more invasive.

It’s Zuckerberg’s world, we’re all just living in it

For now, we’ll have to wait to see how the rumored app will be released and what control it will afford users. As with many releases Facebook has made in the past, users are oftentimes outraged only to give in and accept the terms Facebook lays out in exchange for access to the free service. But users should realize the transformation in privacy that Facebook’s co-founder and CEO has long envisioned. “The days of you having a different image for your work friends or co-workers and for the other people you know are probably coming to an end pretty quickly,” Zuckerberg was quoted as telling David Kirkpatrick in a book titled: “The Facebook Effect.” Zuckerberg added, “The world moving towards more transparency could be the trend driving the most change over the next ten to twenty years…. To get people to this point where there’s more openness — that’s a big challenge. But I think we’ll do it. I just think it will take time.”

Topics
How to undo reposts on TikTok (and why you should)
Instagram’s new Notes feature rolls out with several others
Many Twitter accounts could soon lose blue checkmarks
Twitter confirms revamped Blue pricing and features
What is Mastodon? Here’s why everyone’s talking about this Twitter alternative
Elon Musk reveals date for Twitter Blue relaunch
What is Twitter Blue and is it worth it?
Twitter closes offices as ‘work pledge’ deadline passes
What is Ambient Mode on YouTube?
What is BeReal?
How to delete a BeReal post
How to use TikTok’s voice changer
Twitter attempts to sort out verification system with new badges