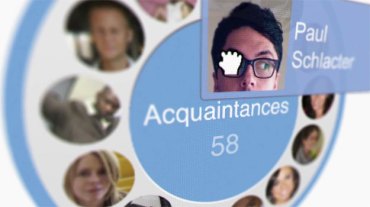 Google+ may still have some way to go to equal Facebook’s 700 million users and Twitter’s 200 million, but 20 million unique visitors to the new social networking site in the space of just three weeks isn’t a bad way to start. Of the 20 million, five million were inside the US. The Google+ iPhone app released on Tuesday is sure to boost numbers further.

The new service allows members to create a variety of groups, called “circles,” enabling them to share information and content with only the people they choose. One circle could be made up of co-workers, while another might consist entirely of family members.

The statistics, reported by the Wall Street Journal on Thursday, come from web analytics company comScore, who based its results on a “global measurement panel” of two million Internet users.

Speaking about the findings, vice president of industry analysis at comScore, Andrew Lipsman, commented: “I’ve never seen anything grow this quickly. The only other site that has accumulated as many new visitors in a short period of time is Twitter in 2009, but that happened over several months.”

What makes the figures all the more remarkable is that the new social networking service is currently open only to those who receive invites. “Right now, we’re testing with a small number of people,” the Google+ homepage says, “but it won’t be long before the Google+ project is ready for everyone.” We can safely assume that the line on the graph will go through the roof when the doors open to all.

The long-term plan for Google+ is to integrate it with other Google services such as YouTube and Gmail. When that happens, it’ll become a service to be reckoned with and will likely begin to make big gains on competitors such as Facebook and Twitter.

How to post on Pinterest. An Easy Beginner’s Guide
Instagram to start testing a repost feature
How to use Twitter Circle to limit who sees your tweets
Edited tweets may be coming to your Twitter timeline soon
Snapchat is down right now. Here’s what we know
The more Instagram copies TikTok, the more I hate using it
Elon Musk hints that he could start his own social media platform
Facebook Messenger finally starts testing end-to-end encryption for all chats
What does a check mark mean on Facebook Messenger?
Twitter’s latest features are all about curbing election misinformation
Snapchat Plus subscribers are getting these four new features today
You can (sort of) generate art like Dall-E with TikTok’s latest filter
You can now use the Add Yours sticker on Reels for Facebook and Instagram