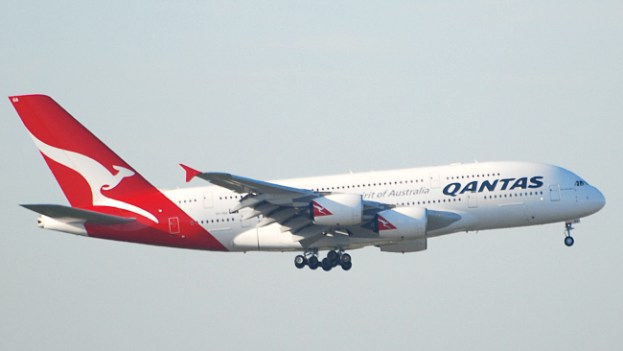 PR executives at Qantas really should’ve known better than to run a competition on Twitter in the middle of an industrial dispute – a dispute which a couple of weeks ago affected around 70,000 passengers across the world when the airline grounded its entire fleet for two days. But run a competition they did.

Twitter being Twitter, word got around fast, prompting a flood of sarcastic remarks and negative comments to the hashtag’s page about the airline, some from people that had been directly affected by last month’s grounding.

“#qantasluxury was being abandoned at Heathrow for 4 days in the snow with no customer support while trying to get home to 8mo pregnant wife!” tweeted one.

– “#QantasLuxury is dressing your staff in t-shirts that say ‘We’re Sorry’ and believing that makes up for missing a friends funeral” from 2FBS.

– “Not having to worry about the safety demonstration, because you can’t crash if your flight never leaves” from SoBohring.

– “#qantasluxury is sitting on the tarmac for 90mins staring at a full-page SMH [Sydney Morning Herald] ad claiming ‘We’re back on schedule!’ Then returning to gate” from davidheth.

– “Telling you it will take 12 weeks to get your flight refunded. Now that is #qantasluxury” from Montytweet.

The fleet was grounded last month without warning by Qantas chief executive Alan Joyce after unions said they planned to step up strike action, which is centred around pay and conditions for pilots and ground staff.

With both sides still at loggerheads, the dispute will now go to forced arbitration. With all this going on, the PR department somehow decided it was the perfect time to launch a competition via Twitter.

Karalee Evans, a senior director with public relations agency Text 100, told The Australian, “I think Qantas airways has greatly underestimated the ill will that is still out there. It is a genuine attempt at trying to garner some support and goodwill but they have greatly underestimated Twitter’s propensity to inflame rather than play along with a positive brand game.”

A Qantas spokesperson responded to the backlash by Twitter users, saying, “We launched the competition with good intentions but clearly didn’t expect the enormity of the response,” adding “We regularly use Twitter and other social media platforms to communicate….on a range of topics and we accept all feedback, good and bad.”

The incident highlights how even giant companies like Qantas, with all the resources they have to hand, still have some distance to go before they find their way with social media sites like Twitter.

Oh, and if you happen to be on the hunt for a new pair of PJs, the competition is still open. With only a few serious entries spotted among the #QantasLuxury tweets, you may well have a decent chance of winning.