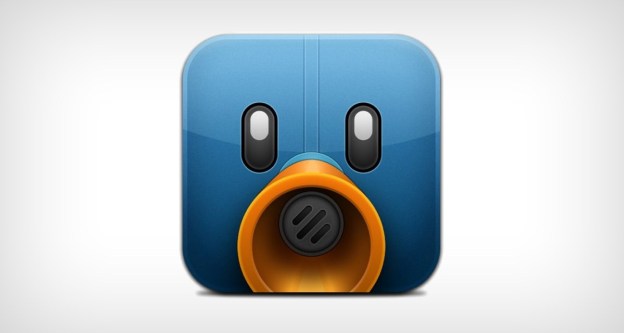 There’s a lot to love about Tweetbot. The third-party Twitter iPhone app has been raking in the raves since its 2011 release and a lot of people have caught wind.

Most of them are willing to pay the $2.99 it costs in the App Store but for those who decided their jailbroken iPhones deserved a free (read: pirated) version, designers Tapbots decided to show the tarter side of the self-anointed “Twitter Client with Personality.”

Many pirated Tweetbot users found (or didn’t find and delete, as might be more accurate) a nasty surprise on their timeline:

I’ve been demoing a pirated copy of @tweetbot and really like it so I’m going to buy a copy.

Here’s one user hit by the Tweetbot prank below:

I’ve been demoing a pirated copy of @tweetbot and really like it so I’m going to buy a copy!

The really confusing part of all this is probably why so many users got pranked. Tapbots didn’t even hit the send button on the pirated versions, according to Gizmodo UK. The company simply filled in the tweet box. The users themselves posted it.

And why? Well, the developers can only conjecture: “stupidity?”

Developers Tapbots definitely deserve snaps and to be the envy of every developer who until now just stewed in ennui over their pirated products. Especially when you are a developer who has to contend with Twitter’s token cap when it comes to their API. And yes, those pirates are using up Tweetbot’s tokens.

But also, never underestimate the internet’s prowess for creating new memes, as a few rather well-known names were pulled into the Tweetbot pirating nonsense through no fault of their own.

A scan of @BarackObama’s timeline shows no signs of public outings for nefarious pirating and neither does @BillGates. And yes, someone decided to slander the Pope himself.

Topics
What is Reddit?
Elon Musk just did something uncontroversial at Twitter
How to undo reposts on TikTok (and why you should)
Instagram’s new Notes feature rolls out with several others
What is Mastodon? Here’s why everyone’s talking about this Twitter alternative
Elon Musk reveals date for Twitter Blue relaunch
What is Twitter Blue and is it worth it?
Twitter closes offices as ‘work pledge’ deadline passes
What is Ambient Mode on YouTube?
What is BeReal?
How to delete a BeReal post
How to use TikTok’s voice changer
Twitter attempts to sort out verification system with new badges