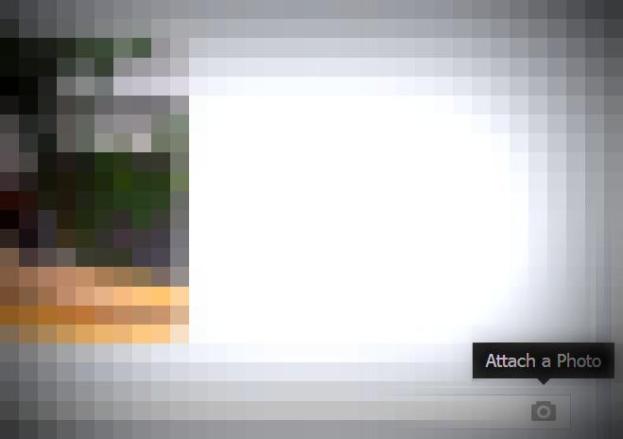 We recently reported that the ability to edit status updates on Facebook is in the works. While we’re twiddling our thumbs desperately waiting for that function to become available to everyone, Facebook has decided to keep us busy with an update that is similarly awesome: You can now post comments in the form of a photo upload.

You will now see a camera button next to the comment space of every post on Facebook – clicking on it will allow you to attach a photo and upload it as a comment. It may not be a big deal to most users, but this function will definitely be a welcome addition for those people who often experience the fact that sometimes, words just aren’t enough. A picture is worth a thousand words, after all.

While there seems to be no official Facebook announcement on their blog yet, a few users have already seen and started using the new comment feature. So we, naturally, had to give it a go:

Facebook confirmed with us that this is a global roll-out that went out only this morning, built at a hackathon by Bob Baldwin. Although you cannot upload photo comments through the mobile app yet, you can preview them the way you would on the Web. It is important to note that the feature is still a bit buggy – photo uploads may not always appear on the first try (see above). They do start appearing though once you start posting photo comments in succession.

Users have been able to see auto-generated photos accompanying links that users post as updates, but the photos users will be uploading as comments will be hosted on Facebook’s servers, much like any photo album:

With this recent update plus the ability to use hashtags, Facebook’s commenting experience may actually improve by a significant amount – all we need now is the ability to directly reply to comments inline (which you can do for Facebook Pages, seen below) and to post animated GIFs, just like in Google+.

Topics
What is BeReal?
What is Twitter Blue and is it worth it?
Elon Musk reveals date for Twitter Blue relaunch
What is Mastodon? Here’s why everyone’s talking about this Twitter alternative
Elon Musk considers bringing Vine back from the dead
Staying on Twitter? Here are two ways to make it easier
Elon Musk now Twitter CEO after firing entire board
Twitter Blue is losing Ad Free Articles and Musk’s latest tweets indicate further changes
Clear Mode on TikTok: Here’s what it is and how to use it
Twitter’s edit button could soon be free for all users
Instagram to soon let creators make NFTs and sell them to fans
Elon Musk to cut half of Twitter workforce, report says
Twitter reportedly plans to enable Edit Tweet for everyone this week