Over two thirds of all world records in athletics were set in the past 20 years. Let that sink in for a minute. Humans have been competing with each other for thousands of years — and keeping records for nearly 200 — and yet athletes from just the past two decades hold the majority of the top achievements. Why? Most likely, the answer isn’t that we humans alive today are inherently stronger, faster, or more talented than earlier generations; it’s that we have better technology at our disposal. We have better tools, better equipment, and better data — all of which allow us to train harder, go faster, and push the limits of human athletic performance. In this series, we’ll explore those technologies and illuminate how advanced science and engineering are helping today’s athletes become better, faster, and stronger than ever before. 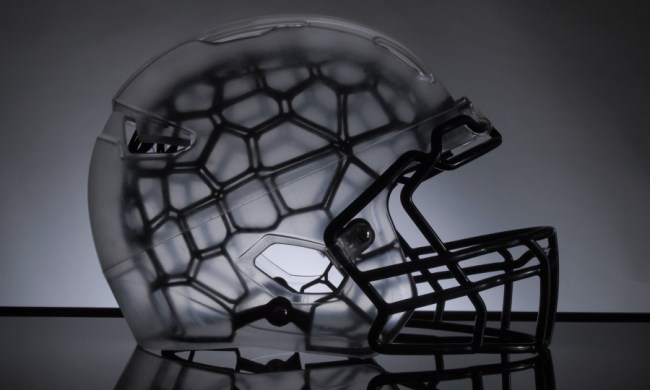 The NFL wants to predict injuries before they happen. Here’s how

Nike's 'performance-enhancing' Vaporfly running shoes are headed to the Olympic Games in Tokyo, but some running enthusiasts don't think they should be allowed
Features
Luke Dormehl
August 1, 2021

3DAT, Intel's athlete-tracking A.I., was built to boost the viewer experience at the Olympics, and it has huge potential as a training tool for elite athletes.
Features
Luke Dormehl
July 29, 2021

The incredible engineering inside an Olympic archer’s bow

The incredible engineering inside an Olympic archer’s bow

The bows used in modern archery competitions have more in common with Formula 1 race cars than they do with the simple wooden bows of centuries past.
Features
Luke Dormehl
July 25, 2021

Under the radar: How a 117-year old technology gives Olympic throwers an edge

Under the radar: How a 117-year old technology gives Olympic throwers an edge

It takes more than sheer strength to be an elite thrower, so today's top athletes often use a unique kind of radar technology to optimize their performance.
Features
Meira Gebel
July 23, 2021

The faster an athlete travels, the more resistance they meet from the forces of aerodynamic drag. Here's how engineers are helping minimize that problem.
Features
Meira Gebel
July 23, 2021

Quantum clocks and e-pistols: The ultra-precise timekeeping of the Tokyo Games

Quantum clocks and e-pistols: The ultra-precise timekeeping of the Tokyo Games

In the Olympics, a single microsecond can mean the difference between winning and losing a race, so timekeeping systems need to be outrageously accurate.
Features
Luke Dormehl
July 23, 2021

Esports on the Olympic stage? It’s only a matter of time

Esports on the Olympic stage? It’s only a matter of time

The Olympics have yet to accept esports and it will hurt them in the long run.
Gaming
Andrew Zucosky
July 23, 2021

On the mend: Inside the rapid recovery tech that keeps NFL players game-ready

On the mend: Inside the rapid recovery tech that keeps NFL players game-ready

In the past, an NFL player's recovery routine was just stretching and rest. Now they use things like cryotherapy, electrostimulation pads, and infrared saunas
Emerging Tech Features
Meira Gebel
February 7, 2021

Turf tech: The surprisingly sophisticated science of the lowest part of the game

Turf tech: The surprisingly sophisticated science of the lowest part of the game

Grass is the ideal playing surface for football, and that's not an accident. The turf that the NFL uses is the culmination of centuries of selective breeding.
Outdoors Features
Drew Prindle
February 7, 2021

Seven years ago, the NFL started tracking players with RFID tags. Now, all the data it has captured is causing some significant changes to the game.
Outdoors Features
Drew Prindle
February 6, 2021