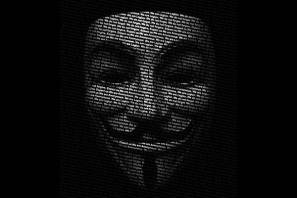 According to a Telegraph report, one of the alleged perpetrators said the hack marked the beginning of what will be a week-long series of similar attacks, with the aim of using gathered credit card data to make further Christmas donations to the tune of $1 million.

Posts on a Twitter feed linked to the group suggested it had pulled more than 200GB worth of sensitive information from Stratfor’s servers, a company that Anonymous says has the US Army, the US Air Force and the Miami Police Department among its client list.

One of the receipts bore the name Allen Barr, who up until his recent retirement had been working for the Texas Department of Banking. Barr confirmed that $700 had been transferred in a number of transactions from his bank account to several charities, without his consent.

“It was all charities, the Red Cross, CARE, Save the Children,” Barr explained. “So when the credit card company called my wife she wasn’t sure whether I was just donating. It made me feel terrible. It made my wife feel terrible. We had to close the account.”

An emailed statement to members signed by Stratfor’s chief executive, George Friedman, said the company was taking steps to deal with the incident. “We have reason to believe that the names of our corporate subscribers have been posted on other websites. We are diligently investigating the extent to which subscriber information may have been obtained,” Friedman wrote.

It’s not the first time Anonymous has hit the headlines for its hacking activities. In August, for example, it defaced the website of Syria’s Ministry of Defense in response to the government’s brutal crackdown on those protesting against its regime.