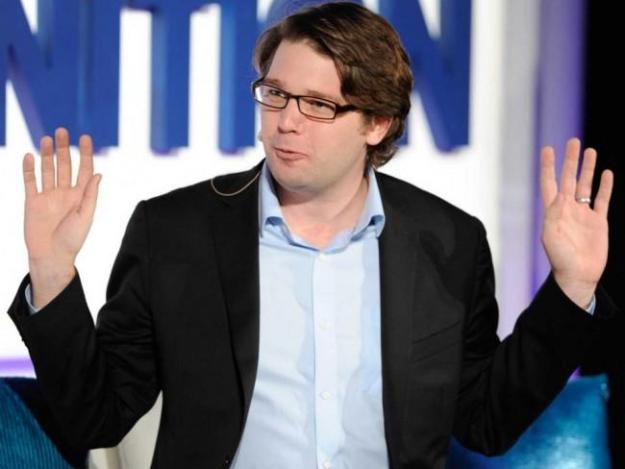 When Groupon founder Andrew Mason was ousted as the company’s CEO back in February following the posting of dismal financial results, he told employees of the daily deals website not to worry about him, reassuring them that he was “OK with having failed at this part of the journey.”

Besides the occasional tweet, Mason has kept a low profile since exiting Groupon – until Thursday, that is. The former Groupon boss resurfaced via his blog to let interested parties know what he’s been up to and what plans he has for the future.

So what does an ousted CEO do once the office no longer beckons? Why, record a bunch of motivational business-related songs, of course!

Mason explains in his post that while managing over 12,000 people at Groupon – the majority of whom were under 25 – he was constantly surprised by new employees’ lack of business acumen.

He wrote: “One thing that surprised me was that many would arrive at orientation with minimal understanding of basic business wisdom. ‘Haven’t you read any business books? Good to Great? Winning? The One Minute Manager?’ I’d ask. ‘Business books? Not really our thing,’ was the typical response. I came to realize that there was a real need to present business wisdom in a format that is more accessible to the younger generation.”

In a bid to communicate some of his ideas about business, the Groupon founder and music graduate has recorded an album called Hardly Workin’, seven songs of “motivational business music” aimed at those newly entering the workforce.

He adds, “These songs will help young people understand some of the ideas that I’ve found to be a key part of becoming a productive and effective employee. I’m really happy with the results and look forward to sharing them as soon as I figure out how to load music onto iTunes, hopefully in the next few weeks.” If Mason’s music makes the charts, it could be the start of something big. You never know, before long we might see The Zuckerberg Quartet laying down some tracks, or even Steve Ballmer and His Batty Backroom Boys. I’d like to see the video for that one.

Besides the music project, Mason said he’s also been “traveling, losing some weight, reading, and embarking on other cliched pursuits of the unemployed.”

As for the future, he intends to move from Chicago to San Francisco to launch a new company in the fall, though he declines to offer any specific information on the venture. He’ll also be spending one day a week at Mountain View startup incubator Y Combinator “to keep my brain from atrophying”.

Google acquires The Dealmap to aid in Groupon chase

Small business owners ‘fed up’ with Groupon and its clones