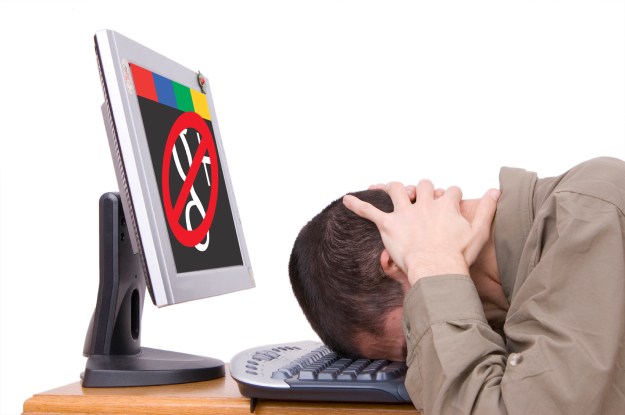 There was a small window starting last night and ending early this morning where Google was finally opening up account registration for its much-coveted Google+ profiles. Google+ engineering director Dave Besbris explained via his own account yesterday evening:

As I bet you’ve noticed, we are facing pretty incredibly demand for Google+ invites.

As Engineering Director of Google+, I wanted to take a moment to explain why we’re growing the system slowly. First, we want to make sure our infrastructure scales so the service remains fast and reliable. Second, we want to ensure that bugs are fixed while there are still a relatively few people in the field trial.

Things are going well with the systems right now so we feel comfortable enough to open up invites for a brief period. Our goal is to double the user base in the field trial. (Sorry, we’re not giving details about how many folks are in the field trial yet).

So, in a few minutes, we’ll open up invites again.

We continue to throttle invites, so please don’t mass invite folks as it won’t work. If you invite a handful of your most important friends and family you’re much more likely to get these folks into our system.

Thanks again for providing so much wonderful feedback!”

Unfortunately, invites were halted earlier this morning and those without an account are back to waiting. This self-described “throttling” is having a few effects, both negative and positive for Google.

Of course, by teasing invites only to quickly shut them down, Google is only fueling the demand for Google+ accounts. Since the day the service debuted it’s been in high demand and people have been downright desperate to get their hands on an invite. Sure, creating hype around a new application, especially one that will have to compete with the likes of Facebook, has its benefits. It also frustrates the hell out of people. PC Mag’s Lance Ulanoff made a few very good, albeit unpopular, points earlier this week. “Gmail was in beta for years, yet open to all,” he reminds us.

And while Google is no stranger to closed beta testing, Ulanoff doesn’t buy the strict conditions its enforcing on Google+: “So just because Google has done this before, we think they should do it again with Google+. Why is everyone defending Google? What is everyone so afraid of? You don’t think Google has the server power to support the influx of millions of users?”

Because it does. And the longer it keeps Google+ closed to people who desperately want a peek at it, the more they alienate them. Google+ has become the playground of industry insiders and tech journalists, sprinkled with a few consumer-level users here and there. It should be mentioned that since its initial release, more and more “average users” have made it into Google+ and that singling out the technorati for such product launches is nothing new in the industry. But it does mean that those who have given the most feedback and told us the most about Google+ are from a pretty specific demographic.

Couple this with the fact that Facebook is apparently preparing for “launch season” and Google might start considering opening the service. At yesterday’s Skype integration announcement, Mark Zuckerberg said the coming weeks and months would be filled with Facebook product launches, which inarguably steal the media spotlight. Maybe Google+ will fight some of this Facebook-focused hype with the official opening. But stealing anything – including but not limited to users – from Facebook is an uphill battle, no matter the buzz surrounding its limited beta launch, and there’s something to be said for striking while the iron is hot and the interest is there.

Just to further complicate matters, the high demand has made it extremely easy for spam artists to target Google+ hopefuls. There is no shortage of the false invites, some of which look incredibly real. But in the spirit of positive thinking, keep your eye on Google+ and Twitter today for invite openings. We have to assume Google is smart enough to know when enough is enough.

Google must be listening. Invites just opened up, although we’re hearing they are only appearing for some people. But try and grab them while you can!

Topics
Google, Microsoft, Twitter, and Facebook team up on new data transfer project
Can’t quit Facebook? You can protect yourself without deleting your account
Are you #stoked or #overit? The complete guide to hashtags on social media
Vidme shuts down due to increased competition from YouTube and Facebook
How to find archived emails in Gmail and return them to your inbox
How to sync your Outlook Calendar with your Google Calendar
How to block an email address in Gmail
How to easily log in to multiple Gmail accounts at once
How to change your Yahoo password
How to download Vimeo videos to your PC and phone
Kaspersky VPN should be your go-to for secure connections and privacy
Here are two awesome Santa trackers that kids can use today
Install these Chrome extensions on your relative’s new laptop