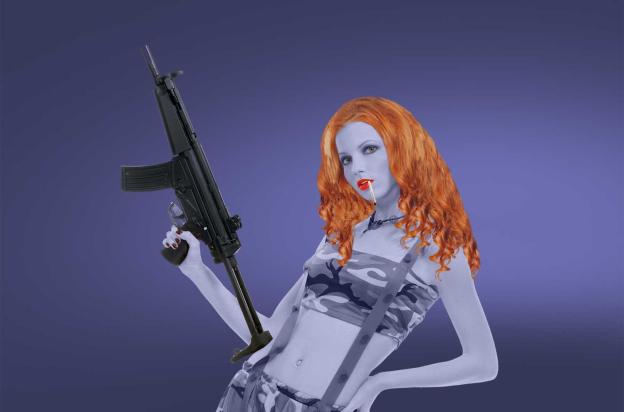 Earlier this week, PayPal came under fire for blocking the sale of a photojournalism book entitled Iranian Living Room, which depicts every-day people from Tehran, in their homes doing every-day things. The reason: the book has “Iranian” in the title, which triggered PayPal’s “blacklist” against items that may be in violation of United States sanctions against the contentious Middle Eastern country. After Dan Hill, one of the book’s creators, complained to PayPal, the online payment giant realized that, whoops, books aren’t part of any sanction. The company has since apologized, and let Iranian Living Room through. But there are a surprising number of things that PayPal won’t allow you to buy. Check out the list below.

All “sexually oriented” digital goods are prohibited, but you can buy adult DVDs, magazines, or other, uh, me-time physical goods.

Only federally approved merchants can accept PayPal as payment for any precious metals, jewels, or stones due to money laundering laws.

Sorry, but you’re going to have to get your Viagra some other way.

The “But it’s for tobacco!” excuse isn’t going to get you anywhere with the PayPal police.

This is because e-cigarettes are considered tobacco products under federal guidelines, so don’t try buying any cigars, cigarettes, or pipe tobacco either.

PayPal bans the purchase of anything that promotes or glorifies “hate, violence, or intolerance.” And we’re ok with that.

Unless you’re this guy, PayPal’s ban on land, buildings, or anything of the sort probably isn’t such a big deal.

PayPal doesn’t allow anything to do with currency exchanges, which means Bitcoin is off-limits.

Actually, the only mainstream way to donate to Wikileaks is MasterCard.

Basically, anything to do with gambling is banned by PayPal. You’ll just have to fuel your gambling addiction with cash, check, credit card, or loan shark.

PayPal will soon let you withdraw cash at Walmart, but there’s a catch
This website lets you earn cryptocurrency by picking World Cup winners
You may need to pay extra if you want to buy a home with Bitcoin
Changes at eBay are on the way as it reduces ties with PayPal
How to download music from YouTube
How to find archived emails in Gmail and return them to your inbox
How to sync your Outlook Calendar with your Google Calendar
How to block an email address in Gmail
How to easily log in to multiple Gmail accounts at once
How to change your Yahoo password
How to download Vimeo videos to your PC and phone
Kaspersky VPN should be your go-to for secure connections and privacy
Here are two awesome Santa trackers that kids can use today