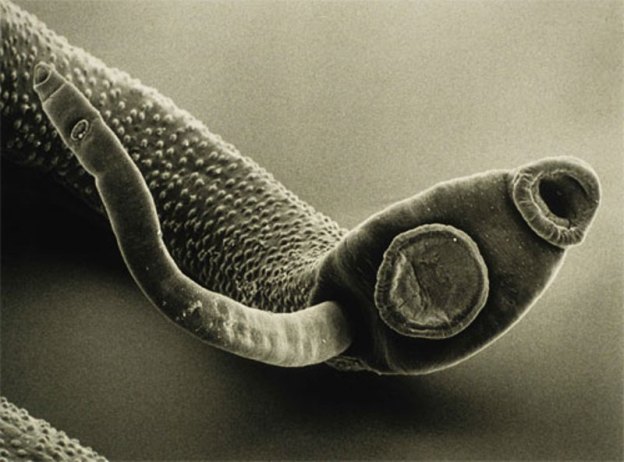 Regulating the Internet is turning out to be much more difficult than the federal government anticipated. The E-PARASITE legislation, a bill proposed by Congress that was formerly known as the Senate-backed PROTECT IP Act, has been making the rounds and will attempt to punish copyright infringement–as well as toy with its definitions to a harrowing degree. As one law blog put it, “It’s as though George Lucas came out with the director’s cut of The Phantom Menace, but added in another half-hour of Jar Jar Binks.” It’s that bad.

What is the E-PARASITE Act?

Before we tell you what’s wrong with it, we should define the bill. The House of Representatives introduces it as an act that will “promote prosperity, creativity, entrepreneurship, and innovation by combating the theft of U.S. property, and for other purposes.” Basically, it’s an attempt to stop online piracy and give a stronger voice to content that’s been infringed upon via the Internet.

On the surface, that sounds almost noble: E-PARASITE wants to give greater powers to copyright holders. But it’s the innards of this legislation that are shockingly problematic.

Attempting to apply conventional definitions to the Internet is almost always losing battle. The constantly evolving, hybrid nature of so much of what constitutes the Web makes turning to traditional terms like trying to catch water from a faucet. So of course, there are more than a few problems with how E-PARASITE attempts to define the Internet’s evil-doers.

One of the sites that would face severe consequences is YouTube. According to the bill’s definition, YouTube infringes on someone else’s copyrighted material, and it’s possible that the site could find itself virtually hidden from consumers. What’s more, lip-syncing to a song and broadcasting it on the Internet could violate E-PARASITE’s terms.

And these terms are broad and sweeping, see for yourself:

This just opens the door for Internet censorship, and if something like this passes you can expect new Web content to suffer and plenty of lawsuits to fight that. We can think of a number of recent innovations that are likely anxious about the potential passing of the bill (Singboard and Turntable.fm come to mind). And wouldn’t any site that hosts a great deal of user-generated content be in trouble? Tumblr, Twitter, and the entire sharing, re-posting, re-tweeting platform would be put on notice.

The Future Music Coalition, which is all-things-anti-piracy, has even come out against the bill. “[The definitions] are seemingly broad and enough to include sites that have perfectly legitimate uses. For example: Some of us here at FMC are musicians and producers. We regularly use services like Dropbox, etc. to send files back-and-forth to collaborators. Under this bill, such services – and those yet to be invented – could be subject to blocking or other penalties.”

Government – but in reverse

The way E-PARASITE is currently set up puts law enforcement on its head: Instead of innocent until proven guilty, Websites are guilty until proven innocent. If an Internet domain is suspected of infringing on another’s intellectual property, that Website is more or less ostracized from the Internet. Search engines are required to hide the accused sites.

Copyright holders would merely have to allege a site is infringing on their property to shut down business. Hosts and payment services would be required to, more or less, blacklist a site once receiving a notice accusing it of stealing “U.S. property.” And then that site and its ad partners would be wiped out until it goes through the court system to establish its legitimacy.

The Great Firewall of America

Perhaps the most shocking element of E-PARASITE is that in order to punish pirating sites, the government would effectively be using a firewall to block them. This heavy-handed censorship is something we’ve supposedly been lobbying against since the Web’s origins, and new light has been shed on the issue internationally within the last year. But it appears we’d be making an exception in this case, and under certain (vaguely defined) conditions, DNS blocking would be acceptable.

Which, in turn, could boost traffic for international search engines and sites. DNS blocks are notoriously easy to get around, and one incredibly simple option is just to start using overseas portals. It gives a lot of power to international markets. And not only to already-in use clients: Innovators could find themselves taking this outside America. In an age when the digital race is constantly changing and the space becomes increasingly crowded, ideas are worth more and more. The E-PARASITE act could have us literally sending them overseas.

Many pundits think that the E-PARASITE bill—or something like it—is going to pass. This Reddit thread is an interesting assessment of how Internet users would adapt. You can join online petitions or contact your congressman to oppose the legislation, but if you take a look at who is supporting the bill (it’s largely backed by big business) it seems like this sort of regulation is in our midst.

In Indonesia, Internet companies need to either pay up or get out

Senate votes to permanently ban taxing anyone for going online