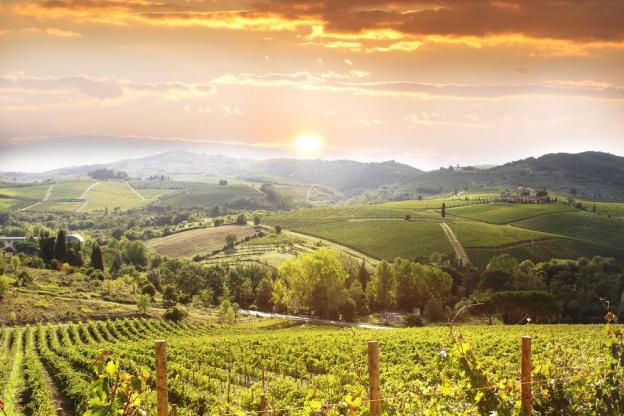 Yes, it’s true. An 800-year-old medieval hamlet in Tuscany called Pratariccia has been put up for sale on eBay for 2.5 million euros ($3.1 million).

No one has lived in Pratariccia since the 1960s, which goes some way to explaining the dilapidated condition of the village’s 25 houses – described on the eBay ad as being “in need of restoration.” Indeed, it’s not that easy to see the properties in the ad’s photos, as Mother Nature has been working hard to reclaim the land over the years. Still, nothing a lawnmower and a bit of elbow grease couldn’t sort out (plus an army of helpers and a load more money).

For someone with the financial means, it could work out as a neat investment – luxury holiday development, anyone? The village is located in a part of Italy famous for its beautiful countryside, and the historic city of Florence is only 25 miles away.

According to the Telegraph, the real estate agent taking care of the sale has received a fair bit of interest since it went up on eBay earlier this month. Rather than in the bidding section, however, the village has been placed in the classified ad pages, under the title “medieval hamlet for sale”.

“It’s a unique once in a lifetime opportunity to own your very own Tuscan hamlet – and the price is a complete bargain,” real estate agent Carlo Magni, who’s dealing with the sale, told the Telegraph. “Where else would you get all those buildings, land, panoramic view, plus all the history for 2.5 million euro?”

He continued, “I’m an estate agent so it’s my job to sell property – I put out all the usual details via the usual outlets but then thought, why not use eBay – so many people buy and sell online these days that it has to be worth it.

“I posted the advert two weeks ago and I’ve had lots of calls about it and I’m hoping to get some viewings arranged over the next few days. I think it has potential as a private hotel or luxury spa and that’s what one of the potential buyers wanted to do but it fell through.”

And the reason for the sale? Selling off derelict villages, as well as palaces and castles, is one of the ways in which the Italian government is trying to cut its growing public debt.

So if you’re able to cobble together the necessary funds and fancy bagging yourself an Italian village, eBay can help.

Amazon and eBay battle in Washington over Internet sales tax

Sigourney Weaver looks for love and hope in The Good House