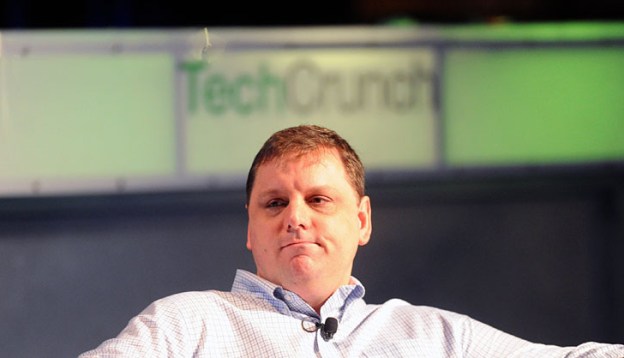 Last week we reported that TechCrunch founder Michael Arrington was leaving the site to start a venture capital fund named Crunchfund. At that time it was reported that Arrington will most likely remain as an employee of the blog, but no longer retain any editorial power. This was confirmed by Arriana Huffington who is the editor and chief for all of AOL’s blogs, when she said that Arrington will no longer report to her. Since Friday there have been a number of posts by TechCrunch writers discussing their feelings about the deal, and how it will be the end of the tech blog as we know it. Mr. Arrington has now weighed in on the matter, and done so in a way that only he could. Arrington has given AOL an ultimatum to either honor the agreement made when they purchased the blog almost a year ago, or to sell it back.

There are several very sticky issues surrounding this story, but Arrington decided to focus on just one of those and ignore the other landmines such as conflict of interests. Arrington is unhappy with the idea that AOL might stop allowing the blog he created to write independently of the rest of AOL’s blogs headed by Arriana Huffington. If AOL won’t allow the blog to write its own stories following its own rules he would like to buy the blog back, ironically he would most likely need some venture capital to do so. Even though Arrington seems to give AOL only two options there is a third he brought up in his post, “If Aol cannot accept either of these options, and no other creative solution can be found, I cannot be a part of TechCrunch going forward.”

It seems very unlikely that AOL will sell back a company it paid $25 million for in September of 2010. It also seems unlikely that AOL will allow TechCrunch operate independently now that Arrington is investing in companies his blog reports on. It seems as though the initial reports that Arrington will be leaving the blog seem to be more certain than ever before, but maybe not on the terms he originally had hoped for.

TechCrunch officially announces Arrington’s departure, names new editor
TechCrunch’s Michael Arrington leaves to start $20M venture capital fund
AOL posts double-digit display ad growth in Q2
Rumor: TechCrunch’s Arrington launching Crunchfund investment firm
How to record your computer screen
How to save a webpage as a PDF
How to download music from YouTube
How to find archived emails in Gmail and return them to your inbox
How to sync your Outlook Calendar with your Google Calendar
How to block an email address in Gmail
How to easily log in to multiple Gmail accounts at once
How to change your Yahoo password
How to download Vimeo videos to your PC and phone