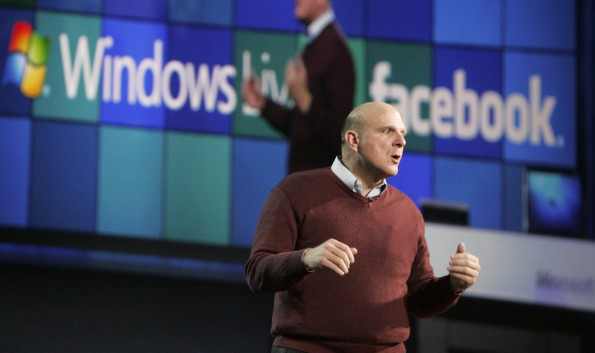 Today’s announcement that Facebook has integrated Video Calling with Skype made a lot of people at both those companies very happy – but the big winner in all this is Microsoft. Facebook CEO Mark Zuckerberg admitted today that while the site had been in talks with Skype for quite some time, news of its acquisition by Microsoft was a deal maker. “It would have been fine when you guys were an independent company,” he said. “But now that you guys are with Microsoft, there’s a sense of stability that we’re going to be with a company that we can trust.”

Facebook and Microsoft go way back. The veteran tech giant was an early investor in Facebook, and there have been plenty of partnerships up until now. But, if Microsoft’s Skype acquisition is approved – something Skype CEO Tony Bates was quick to point out hasn’t happened yet – this will easily be the most important collaboration between the two yet. Admittedly so: “It was for both of us, Steve [Ballmer] and I, the most important strategic relationship.”

And that strategy is beat Google. Both Microsoft and Facebook have had their wars with the Internet titan, which has a foot in every arena of the digital world. From Chromebooks to its Chrome browser to search to email to mobile – and now, to social. Google competes on every platform, and Microsoft wants to win by helping Facebook firmly claim its place above Google+. Battle lines are being drawn.

The Facebook vs. Google+ comparisons have already begun, and no matter the outcome, Facebook’s 750 million users give it a considerable edge for the moment. Of course, this particular alliance against a common enemy is an expensive one – an $8.5 billion one. And we wouldn’t be too surprised if Microsoft knew all along that Facebook and Skype planned on collaborating, and that $8.5 billion wasn’t solely an investment in Skype. It was an investment in Facebook, and more importantly, its users. It certainly makes the conspiracy theorist in us wonder how closely tied these multiple deals were and if there was any involvement prior to Microsoft’s bid.

Assuming the Microsoft-Skype acquisition is approved, Microsoft will be working in even closer quarters with Facebook, an enviable position to be in. And the fact that Facebook is so keen on integrating with superior technologies probably hasn’t gone unnoticed by Microsoft. Zuckerberg mentioned more than once than instead of trying to be good at everything (cough, Google, cough), he would rather integrate with outside platforms that have mastered the technology behind their applications – and we’re sure there are a few things Microsoft would be willing to lend to the cause.