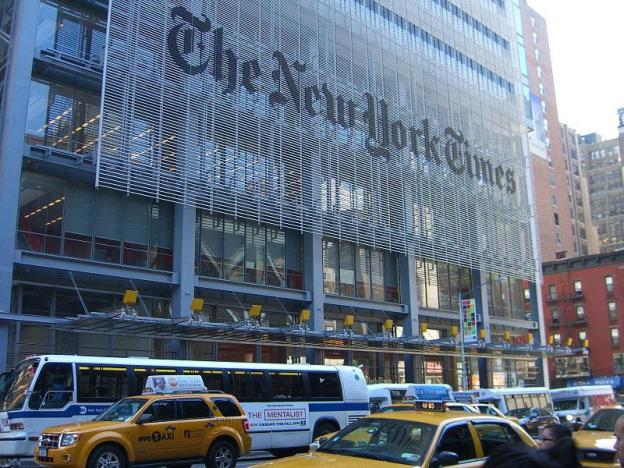 An email sent by the New York Times to readers asking them to reconsider canceling their subscriptions was only supposed to go out to 300 people, but ended up in the inbox of eight million.

The email, sent on Wednesday, should have been sent to a small number of people who had decided to stop having the newspaper delivered to their home. But an employee at the newspaper mistakenly sent it out to millions of people on an email marketing list.

Not surprisingly, the mass mailing caught the attention of many (eight million, to be precise), with hordes of people taking to Twitter and Facebook to alert others to the suspicion that hackers may have infiltrated NYT servers. Rumors of a security breach were compounded when the New York Times itself tweeted: “If you received an email today about canceling your NYT subscription, ignore it. It’s not from us.” A short time later, the publication discovered the truth about the mass mailing.

Reuters reported a spokeswoman at the newspaper as saying human error was the cause of the embarrassing incident, not an attack by hackers.

A statement issued by the paper said: “An email was sent earlier today from The New York Times in error. This email should have been sent to a very small number of subscribers, but instead was sent to a vast distribution list made up of people who had previously provided their email address to The New York Times.”

The email in question hoped to persuade customers to stick with home delivery by offering a 50 percent discount for a period of 16 weeks.

How many of the 300 will decide to stick with home delivery isn’t known, but one thing is clear—there’ll be one very red-faced employee walking around the offices of the New York Times just at the minute.

How to block an email address in Gmail