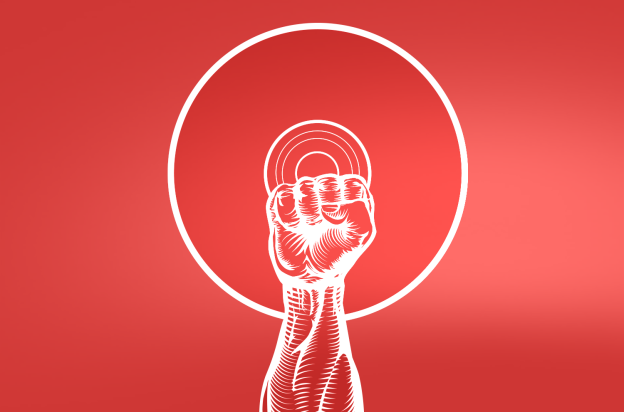 Don’t even think about trying to re-sell any of those under-played MP3s on your computer – that would likely be against the law. This is according to U.S. District Judge Richard Sullivan in Manhattan, who ruled this week against Arizona-based company ReDigi, the “world’s first” digital equivalent of a used record store, which allows people to buy and sell “used” music tracks and albums originally purchased through Apple’s iTunes.

Sullivan’s decision stems from a January 2012 lawsuit filed by Capitol Records, which asserted that ReDigi’s business was based entirely on copyright infringement. ReDigi countered the claim, saying that its service abides by copyright law because it does not make any copies of the MP3 files it re-sells – instead, it simply transfers the original file to the ReDigi servers, and permanently erases it from the seller’s hard drive. Because no copy is being made, ReDigi’s argument goes, its business should be legal. Sullivan, of course, disagreed.

The ruling against ReDigi is seen as a win for Capitol Records and the music industry in general, and a loss for ReDigi (which may have to shut down entirely) and any other company that wants to make a business dealing with pre-owned digital goods – like Apple and Amazon. But the real losers here are the consumers. It’s time we fight back the only (legal) way we can: Stop buying digital music.

The first issue here is something known as the “first sale” doctrine, which says you are allowed to “sell or otherwise dispose” of a copyright work that you’ve purchased without first obtaining permission from the copyright holder. “First sale” is what allows any secondary marketplace, like eBay, Craigslist, Amazon, or your local used book store, to operate legally.

When you pay for something, you should own it. You should be able to resell it, delete it, or play it on whatever device you wish. At least, that’s the theory.

ReDigi claims that its business should be legal based on “first sale,” a provision of copyright law that the Supreme Court reaffirmed just this month (PDF). Sullivan dismissed this argument based on the interpretation of the Digital Millennium Copyright Act (DMCA), which prohibits the unlicensed reproduction of protected works. What ReDigi was doing, says Sullivan, clearly violated the DMCA because copies were being made (even though ReDigi refutes that claim). As an alternative, Sullivan suggested that users could simply sell the hard drive on which the copyrighted file is stored. Yes, really.

The bigger issue at hand is the DMCA itself, which even the U.S. Register of Copyrights Maria A. Pallante believes is outdated and confusing. It is the DMCA that sits behind most of the copyright issues we have in the U.S. It’s the law that killed Megaupload, and the one that makes it a federal crime to unlock your new smartphone. According to Pallante, Congress would do well to revamp U.S. copyright law to clear up the issue of “first sale” as it applies to digital goods.

Here’s how Pallante explained the issue during a recent lecture at Columbia Law School:

“On the one hand, Congress may believe that in a digital marketplace, the copyright owner should control all copies of his work, particularly because digital copies are perfect copies (not dog-eared copies of lesser value) or because in online commerce the migration from the sale of copies to the proffering of licenses has negated the issue. On the other hand, Congress may find that the general principle of first sale has ongoing merit in the digital age and can be adequately policed through technology . . . Or more simply, congress may not want a copyright law where everything is licensed and nothing is owned.“

Let me repeat that last bit: “everything is licensed and nothing is owned.” This line perfectly explains the nut of the problem; when it comes to digital goods, we don’t actually “own” anything. That album you just purchased off of iTunes isn’t really yours – you’ve simply paid for a license to play the songs in the privacy of your home or car. The same rules apply to “your” ebooks, downloaded video games, apps, and any other software-based product.

Look at it this way

From copyright owners’ perspective, this setup is completely understandable. While a physical book and an ebook might have the same content, it is virtually impossible for your average Web user to provide an infinite number of copies of the physical book to anyone who wishes to have it. The “licensed not owned” technicality is there to stave off piracy. Were that setup to disappear, say experts, it could “wreak havoc” on content publishers.

For consumers, licensing-only make much less sense. When you pay for something, you should own it. You should be able to resell it, delete it, or play it on whatever device you wish. At least, that’s the theory. Unfortunately for us consumers, it’s no longer the reality.

So, what are we to do? The first step is to contact your representatives in Congress and tell them to firmly establish the re-selling of digital goods as a legal practice. (Not a very satisfying option, I know.) As we wait for Congress to take action on this issue – it will be a very long wait – the only real way to fight back against the current system is to go analog-only. Only buy used books, used CDs or vinyl – not because you want to be a hipster, but because it’s the only legal way to subvert a system that is designed specifically to make your life more difficult.

What other choice do we have?

Are VPNs legal? Can you get in trouble for using them?
The best free VPN for 2022
Install these Chrome extensions on your relative’s new laptop
Kaspersky VPN should be your go-to for secure connections and privacy
How to record your computer screen
How to save a webpage as a PDF
How to download music from YouTube
How to find archived emails in Gmail and return them to your inbox
How to sync your Outlook Calendar with your Google Calendar
How to block an email address in Gmail
How to easily log in to multiple Gmail accounts at once
How to change your Yahoo password
How to download Vimeo videos to your PC and phone