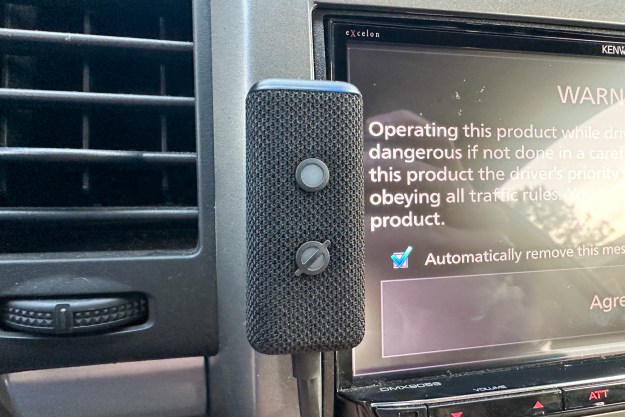 The Amazon Echo Auto is a car accessory only die-hard Alexa users should get
MSRP $54.99
Score Details

“I can't figure out exactly why you should get the Amazon Echo Auto.”

Alexa has become easily one of the smartest and most helpful digital assistants out there, helping you find information on the web, control smart home devices, and more. But while the likes of Google Assistant and Siri are easily accessible outside the home thanks to their native smartphone support, Alexa struggles to be helpful once you step out your front door. Amazon, however, is trying to change that — by targeting the car.

The Amazon Echo Auto was first launched in 2019, and this year received a refresh, with an all-new design. Since 2019, Alexa has gotten better than it was in 2019, too.

But the Echo Auto faces challenges of its own. In fact, despite having used it for a while now, I can’t figure out exactly why you should get one.

What is the Amazon Echo Auto?

Before trying to figure out why you might want an Echo Auto, it’s probably worth knowing what it actually is. The Echo Auto is basically a tiny Alexa speaker, designed to fit into your car and connect via Bluetooth or a 3.5mm cable, then connect to your phone through Bluetooth. It’s powered through USB — and comes with a cigarette lighter adapter for that purpose. It has an array of microphones (eight in total) that pick up your voice from across the cabin, so it can hear your voice relatively easily.

The way it can access data is through your phone, and as such, the Alexa app needs to be open and running in the background on your phone in order to use the Echo Auto. If it’s not, the Echo Auto is rendered pretty much useless.

At its very core, the Echo Auto could be useful in older cars that don’t have Bluetooth. That’s because it can connect to a car’s 3.5mm audio jack, then act as a Bluetooth dongle, bridging the gap between your phone and your car.

But that’s not why you would buy the Echo Auto. After all, there are tons of great, and cheap, Bluetooth dongles out there for older cars.

Alexa is smart … but I wish it were smarter

The real reason to buy the Echo Auto is if you love Alexa so much that you want to be able to use it in your car, instead of the Google Assistant and Siri that are already on your phone. If that’s you, and you’re really plugged in to the Amazon ecosystem, you’ll probably quite like the Echo Auto. But everyone else will be a little disappointed.

Let’s start with the positives. In the car, Alexa is pretty good at helping you find nearby locations, like gas stations, along with finding out some information from the web, and, of course, controlling your Alexa-based smart home devices. The Echo Auto is also great at accessing other Amazon services, like Amazon Music.

But if you don’t regularly use Amazon services, you’re going to run into some issues. Sure, you can change defaults — and you’ll likely remember to change your default music service when you set up the device. But as you start to use it more, you’ll run into more and more services that it doesn’t work with. Who uses Alexa Calendar?

That’s not to mention the fact that while there was once a time when Alexa was one of the leaders in the voice assistant space, these days, it just kind of skates along. It’s not breaking any records, and most of the time, Google Assistant is smarter and more helpful. Often, Siri even beats Alexa these days.

If you really are plugged into the Alexa ecosystem, and simply want a way to access it more, then the Echo Auto is probably worth buying. But everyone else should continue using Google Assistant or Siri in their car for now — especially if they’re already plugged into all the services they know and love.