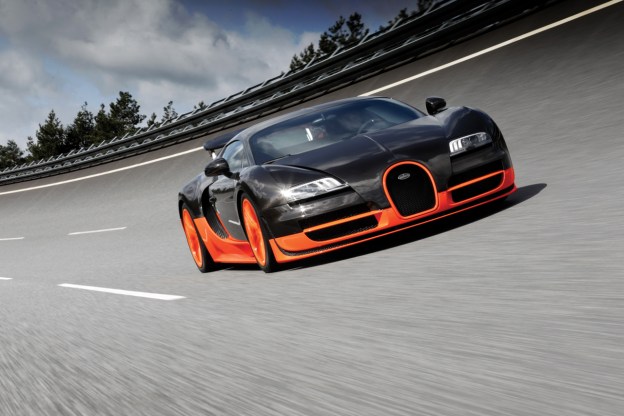 The Bugatti Veyron Super Sport is officially the fastest production car in the world – again. It hasn’t gotten any faster, and neither has its competition, but the Guinness Book of World Records has changed its ruling on a technicality that temporarily disqualified the 1,200 horsepower legend.

Last week, Guinness ruled that Bugatti had made an illegal modification to the Veyron SS for its 267.8 mph record run at Volkswagen’s Ehra-Lessien test track in Germany in 2010. Bugatti disengaged the car’s electronic speed limiter, which normally restricts it to 258 mph.

“Having evaluated all the necessary information, Guinness World Records is now satisfied that a change to the speed limiter does not alter the fundamental design of the car or its engine,” Guinness said.

All in all, it’s been a pretty good week for Bugatti. In addition to getting the production car speed record back, Volkswagen’s crown jewel is claiming the world record for an open-topped car.

Both the Super Sport and Vitesse use a reinforced version of Bugatti’s quad-turbocharged W16 engine, producing 1,200 hp and 1,106 pound-feet of torque. They also feature aerodynamic modifications over their “base” siblings that allow them to reach record-setting speeds.