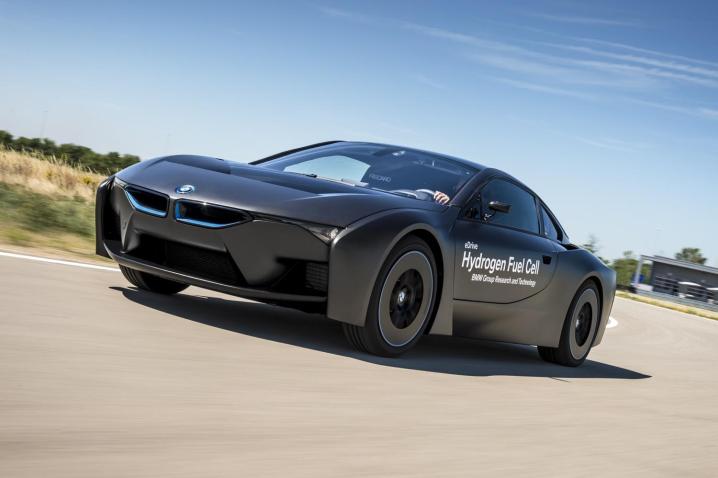 BMW has been experimenting with hydrogen fuel cell cars for years, but unlike Honda, Hyundai, and Toyota, the German automaker hasn’t put hydrogen cars into production. Forbes reports that BMW will launch a test fleet of fuel-cell X5 SUVs in the early 2020s, followed by a volume-production model, co-developed with Toyota, in 2025.

The hydrogen fuel-cell X5 will likely function as a sort of beta test vehicle, giving BMW real world data on fuel cell technology — and customers’ reactions to it. BMW did a similar thing with battery-electric cars, leasing the Active E and Mini E models to handpicked customers before the full-scale rollout of its first mass-produced electric car, the i3. It also makes sense for BMW to partner with Toyota on a series production model. Toyota has lots of experience with fuel cells, and the two automakers have an existing relationship. They previously partnered on the Toyota Supra and BMW Z4 sports car twins.

Like all automakers, BMW needs to reduce emissions in order to meet stricter global standards. But BMW’s emissions-reduction efforts have primarily focused on battery-electric cars and plug-in hybrids. Fuel cells offer some advantages over batteries. Refueling is much quicker than recharging, and fuel cell cars generally have longer ranges than their battery-powered counterparts. However, producing enough hydrogen and building a network of fueling stations has proven difficult. In the United States, fuel cell cars are currently sold only in certain regions of California, because those are the only areas with a dense enough network of fueling stations.

BMW has worked with hydrogen before, even developing a car that burned hydrogen in a standard internal combustion engine. In 2015, the German automaker unveiled prototype hydrogen fuel cell versions of the i8 (picture above) and 5 Series Gran Turismo. Those cars were never destined for production, but served as test beds for the technology.

Even if BMW does launch a production hydrogen fuel cell car during the next decade, it’s unclear how big of an impact that will have. Toyota, Honda, and Hyundai currently sell fuel cell cars, but their numbers are tiny. BMW’s current plans also call for a much larger volume of battery-electric cars. The automaker just unveiled a 720-horsepower prototype, and will use components from it in an electric version of the X3. BMW is also planning an electric Mini Cooper and new electric models in the form of the i4 and iNext. Even with these projects in development, the automaker still sees a future for internal-combustion engines as well.