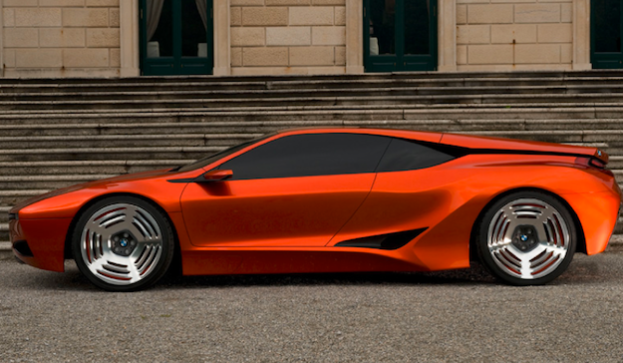 Word has come from Car Magazine that BMW is moving forward with a supercar of its own: the M8 – formerly known as the M1.

Nowadays it seems like virtually every automaker is getting into the supercar game. Porsche is bringing out the 918, Lexus has the LFA (although it’s been discontinued) Audi has the gorgeous R8 in its arsenal, and Acura keeps teasing the NSX, And while we won’t get into lingering economic questions that arise when looking out upon a sea of $200,000 + supercars, we will happily drool over these masterpieces of might and  metal by leaving the financial viability of such track-going, road-taming supercars alone.

Aimed to debut on BMW’s 100th birthday in 2016, the M8 will reportedly be based on the high-end i8 plug-in hybrid slated for unveiling in 2014. As strange as it might sound, this sharing of bits between an eco car and a supercar is quite smart.

The i8 will be mid-engined, powered by 1.5-liter three-cylinder gasoline engine, which will propel the rear wheels. Sending power to the front wheels of the i8 will be an electric motor. All said and done this luxury plug-in hybrid will reportedly produce 349 horsepower and 405 pound-feet of torque and reach 62 MPH from a dead standstill in 4.6 seconds.

Building on that platform, BMW will replace the 1.5-liter three-cylinder with a twin-turbocharged V8 pumping out 600 horsepower. Not surprisingly, the V8 replacement would take the 0-62 time down to the three-second mark and a top speed around 200 MPH.

Here’s where the i8-based M8 gets really clever. BMW most likely won’t see big profits from the plug-in hybrid model. So sharing a lot of components with a relative supercar just might lessen the sting of a low-selling luxury eco car. This in itself is a bit of a chuckle.

We’re at this strange point in history where automakers have to build plug-in hybrids to meet federal emissions standards but also feel compelled to produce supercars to embolden the brand, neither of which is particularly profitable.

As the 2016 debut date nears, more information on the latest BMW supercar will surely be available. Until then, however, we”ll have to channel some zen-like patience.