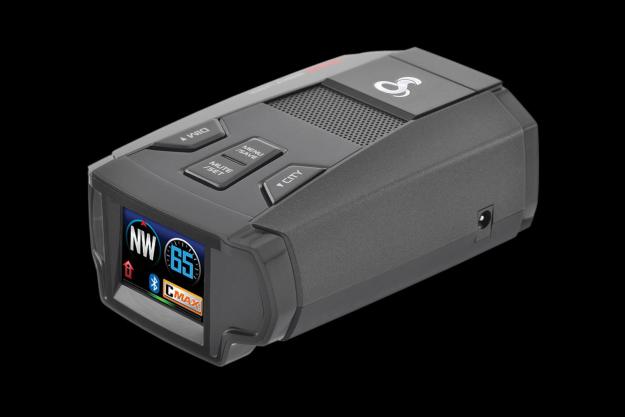 “Cobra’s SPX 7800BT will definitely pick up that pesky speed trap, but with its connection to the iRadar community, you can avoid it altogether.”

If you’ve never experienced a cheap radar detector before, I envy you.

My high school days were filled with the endless beeps and chirps of low-quality, chintzy detectors, so much so that I almost wrote off the technology completely. Maybe I just had a lot of paranoid friends.

Radar detectors today are still inherently imperfect, but they’ve made drastic improvements over the years. Cobra’s SPX 7800BT, the Chicago-based brand’s top-end model, is a great representative of those dividends.

Sure, it has flaws, but its intuitive operation, smartphone connectivity, and high sensitivity mean its one of the best options on the market today.

Setting up and operating the 7800BT is very simple, but it can be tailored for individual preferences.

For most motorists, switching between the ‘highway’ and ‘city’ modes will be enough. In layman’s terms, city mode dials down the sensitivity to filter out false signals, while highway mode broadens the device’s range to survey the interstate at length.

Flipping through the different options is as easy as using the top-mounted buttons, which feel as secure and well made as the rest of the casing.

The device can be mounted in two ways: a suction cup for the windshield or a hook and loop fastener for the dash. Power is supplied via the included 12V car charger.

If our eyes could perceive radio waves, our world would be bathed in an electromagnetic, hallucinatory haze. Security systems, cop cars, automatic doors, cell towers, and other radar detectors are constantly spewing signals all around us, so it’s no surprise that there are still some false alerts with the 7800BT.

City mode cuts down on this somewhat, but driving through developed areas may still have you reaching for the mute button often. It will definitely pick up the cops at range, though, so I suppose a few beeps here and there is preferred to red and blue flashes in your rearview. And compared to the offerings of old, driving with the SPX 7800BT is like commuting through a quiet library.

The alerts themselves, however prevalent they may be, are dealt with well. Depending on the alarm, the detector will project chimes or clearly spoken notifications of varied volume and frequency.

Cobra’s ‘IntelliMute’ takes it one step further. The system allows users to silence audible alerts at low speeds by sensing engine RPMs and calculating velocity. You probably aren’t going to get caught for speeding in the Denny’s parking lot, so this feature can cut down on loud interruptions when you’re off the thoroughfare. Drivers can adjust mute points as desired.

Furthermore, the 1.25-inch color screen is crisp and clear even in bright sunlight, and it displays detected signal strength, vehicle battery voltage, and the chosen filtering mode.

When the device is paired with your iPhone or Android, the display changes.

Cobra’s iRadar app uses your smartphone’s GPS system to present a compass heading, vehicle speed, and Bluetooth connection. But because the 7800BT doesn’t have GPS capability of its own, the speed function is delayed and therefore relatively useless.

Its defining feature, however, is the simple map overlay where users can highlight speed trap areas, photo-enforced intersections, and threat zones of varying magnitude in their respective areas. The information is sent to Cobra’s own servers, which make the information available to the whole community.

The best part, though, is that the app is free and doesn’t require the radar detector to work. So if you don’t feel like shelling out the $279.95 MSRP for the unit itself (it can be found for under $200 online), iRadar is the next best thing … besides Waze.

Despite the app’s novelty, you must use caution when driving alone. Can you imagine trying to map out a speed trap only to be ticketed for distracted driving? Oh, the irony.

Cobra’s top-of-the-line radar detector is good, especially when compared to its peers. However, it still suffers from the same issues that have plagued radar detectors from the beginning, the most prominent of which being false alerts.

And yet, it handles them with more sophistication than most of its competition, and its smartphone integration sets it apart from the herd.

Take all the extras away and you’re still left with a capable device that exceeds the industry standard by a long shot. I wish I had this back in high school.