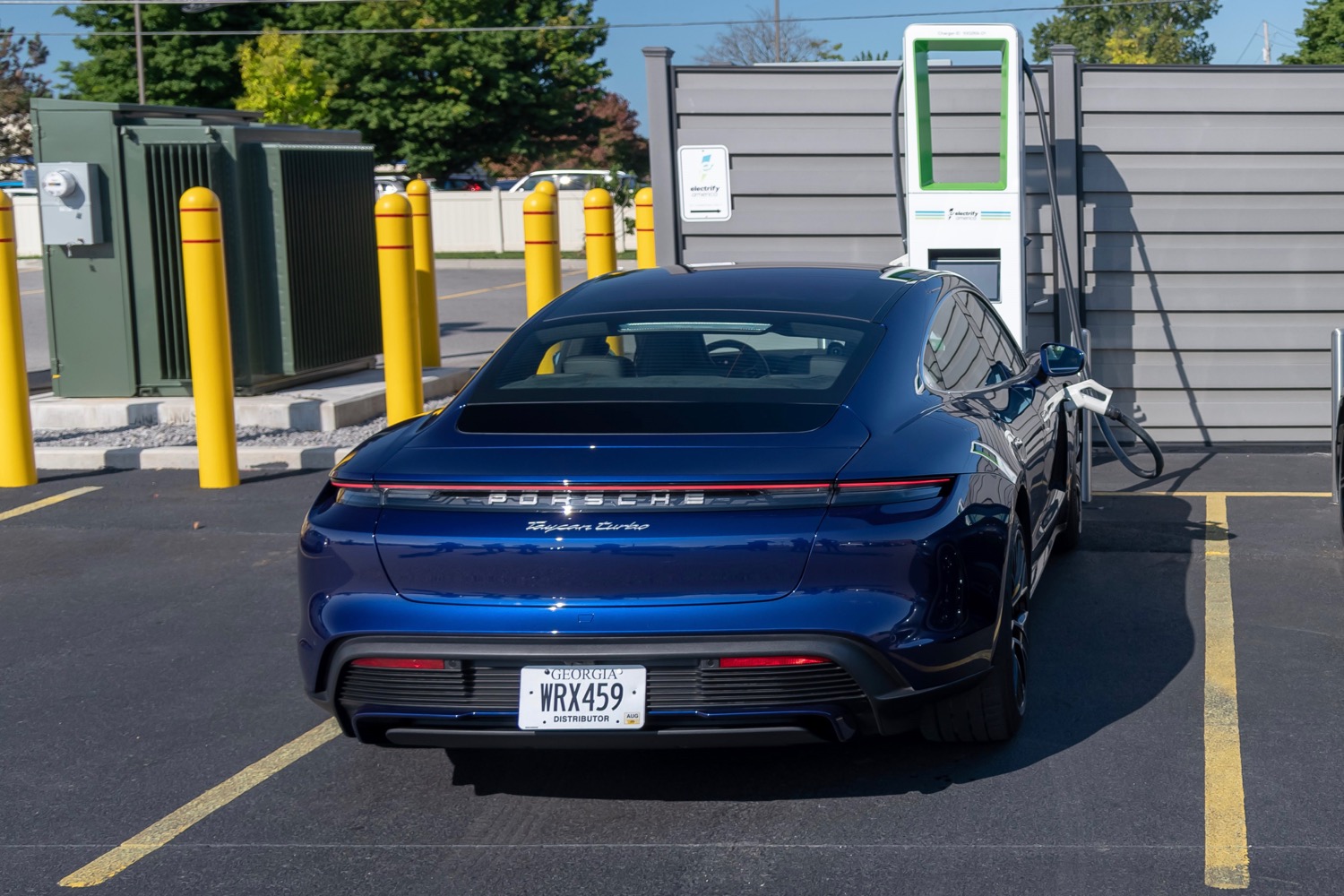 One of the headline features of the Porsche Taycan (pronounced “tie-con”) electric car is its 800-volt charging system. Porsche claims this high-power system should allow an 80% charge in just 22.5 minutes — much quicker than current systems. But that won’t matter if Taycan drivers can’t find a compatible charging station. In the United States, Electrify America is working to get those stations ready ahead of the Taycan’s launch.

It makes sense for Porsche to turn to Electrify America for charging stations. The latter was created to spend $2 billion of Porsche parent Volkswagen Group’s money over 10 years on zero-emission vehicle infrastructure, as part of the settlement for VW’s diesel-emissions cheating. Electrify America has already opened a handful of 150-kW charging stations for the Audi E-Tron, another electric car from the VW Group stable.

Charging isn’t the only thing about the Porsche Taycan that’s quick. The most powerful version will do zero to 60 mph in 2.6 seconds, according to Porsche. The Taycan was also torture tested to ensure it could deliver the same breadth of performance as Porsche’s internal-combustion cars. Porsche also crowded the dashboard with screens, including displays for both the driver and passenger. The Taycan will launch in Turbo and Turbo S guises, but Porsche plans to follow that up with less expensive variants, as well as a production version of the Mission E Cross Turismo wagon concept.