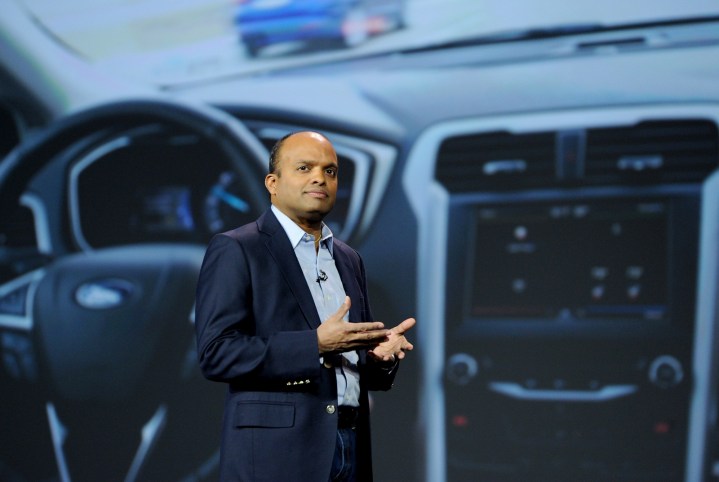 A big corporate shakeup just occurred in one of the Detroit’s “Big Three” yesterday when Ford Motor Company officially announced the breaking and sudden departure of longtime executive and Ford veteran Raj Nair, who held the position of Ford’s president of North America.

On the afternoon of February 21, Ford officially announced Nair’s departure. Details aren’t yet widely available, but the announcement said the company’s decision stems from “a recent internal investigation into reports of inappropriate behavior,” and said behavior is “inconsistent with the company’s code of conduct.”

“We made this decision after a thorough review and careful consideration,” Ford President and CEO Jim Hackett said in the statement. “Ford is deeply committed to providing and nurturing a safe and respectful culture and we expect our leaders to fully uphold these values.”

“I sincerely regret that there have been instances where I have not exhibited leadership behaviors consistent with the principles that the Company and I have always espoused,” Nair said in his official statement. “I continue to have the utmost faith in the people of Ford Motor Company and wish them continued success in the future.”

Nair joined the Ford Motor Company in 1987, and took the seat as Ford’s president of North America on June 1, 2017, serving as Ford’s head of global product development and chief technical officer. He took over for former president Mark Fields after Fields’ departure last May. When Nair was in this position, he was in charge of leading nearly all business aspects of Ford’s North American sector.

Given Nair’s long tenure and history at Ford, his departure came as big news and as a huge corporate shakeup for one of America’s largest automakers.

Update: We changed the featured photograph of Raj Nair.