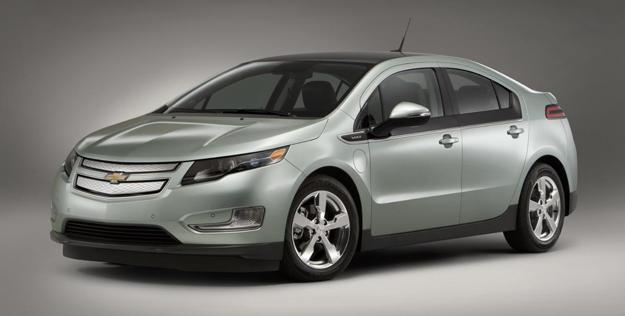 When it comes to green technology, General Motors is picking winners and losers. The winners are plug-in hybrids like the Chevrolet Volt, and fully electric vehicles like the upcoming Spark EV. The losers are conventional hybrids. GM says it is skipping the latter and concentrating its efforts on plug-ins and EVs.

“We need to make educated bets on which technologies hold the most potential for creating values for our customers and our company,” GM product chief Mary Barra told Automotive News.

Speaking at a GM press gathering Barra, said the company’s previous strategy of covering all bases with regards to green technology was becoming too costly and inefficient.

With this new strategy, GM is also playing to its strengths. The General does not have a conventional full hybrid system, like Toyota’s Hybrid Synergy Drive. Instead, the American carmaker has focused on “mild hybrids,” which use an electric motor to boost efficiency but cannot operate on electric power alone.

According to Barra, GM’s eAssist mild hybrid system improves fuel economy by 25 percent. The system is offered in the Buick LaCrosse, Buick Regal, and Chevy Malibu. It will also be available on the 2014 Chevy Impala.

In comparison, GM was the first carmaker to offer a plug-in hybrid, and the Chevy Volt continues to rack up sales. Through October, 19,309 Volts were sold, compared to just 5,003 a year earlier.

Rather than play catch up with conventional hybrids, it does make sense for GM to continue to propagate its plug-in technology. As Toyota has discovered with the plethora of vehicles that use Hybrid Synergy Drive, offering different packages can attract a wider range of customers.

GM is already working on a Cadillac, the ELR, that uses the Volt’s plug-in powertrain. A more premium vehicle might negate complaints over a high base price, which has been the biggest criticism of the Volt.

At the other end of the spectrum, GM will launch the Spark EV at the Los Angeles Auto Show. We’ll have to wait to see how it stacks up against the EV competition, including the Nissan Leaf and Mitusbishi i-MiEV.

GM’s emphasis on the greenest technologies is admirable, but it may not be as narrowly focused as the company says. By 2017, the company hopes to sell 500,000 vehicles a year with some form of electrification. That includes mild hybrids, plug-ins, and EVs; the only thing missing is a conventional full hybrid. What GM really has here isn’t a silver bullet, it’s a trident.