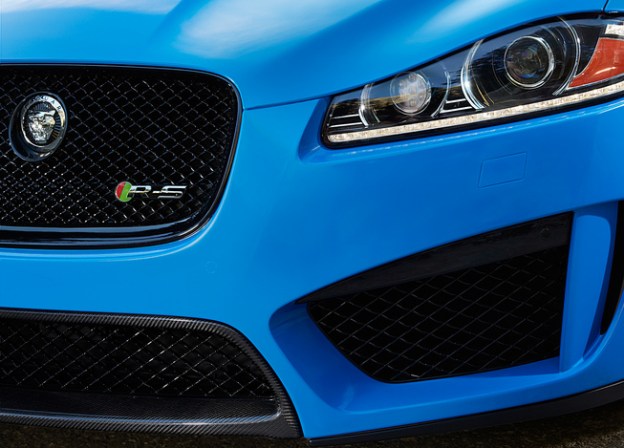 Jaguar is preparing a souped-up version of its XFR sport sedan for the upcoming Los Angeles Auto Show. Called the XFR-S, it promises to take the fight to Jaguar’s German rivals with a powerful V8 engine. It will also be more exclusive than any German sport sedan, since Jaguar is only building 100 cars for the U.S. market.

Jaguar wouldn’t confirm anything else, but we can get an idea of what the XFR-S will be like by looking at the other “R-S” model, the XKR-S. That two-door cat is powered by a supercharged 5.0-liter V8 with 550 horsepower and 502 pound-feet of torque. It also features Nürburgring-tuned suspension, massive Pirelli P Zero Tires, and an aggressive body kit.

The XKR-S is essentially an XKR on steroids, and the XFR-S will probably be just as anabolic. The 5.0-liter V8 seems like a shoo-in, meaning the XFR-S will have significantly more power; the regular XFR has 510 hp and 470 lb-ft.

Judging from Jag’s teaser image, it seems like the XFR-S will also have looks to match its power. A more aggressive front air intake is visible, as is a bit of carbon fiber on the lower grille. The car is also wearing the same shade of the blue the XKR-S wore at its launch. Interestingly, the hue this British carmaker chose for its high performance models is actually France’s national racing color.

The XFR-S will need all of that help it can get because, as a midsize luxury sport sedan, it’s positioned to take on some of the toughest rivals in the business. Likely competition includes the Audi S6, Mercedes-Benz E63 AMG, and BMW M5.

The XFR-S may walk all over the Audi and Mercedes, and come close to the BMW, but it needs to be more than a big engine. The XFR-S needs to be a complete package that can match the precision and refinement of the benchmarks. One of the main criticisms of the XKR-S was its lack of composure during fast driving; some testers said that it was essentially a cushy GT car like the basic XKR with more power, and not a genuine sports car.

We’ll get a better idea of how the XFR-S measures up when it makes its Los Angeles debut, but either way, Jaguar has made its own job a little easier. Only 100 XFR-S sedans will make it to the U.S., all as 2014 models. Pricing has not been announced, but expect this rare beast to command a significant premium over the XFR’s $83,200 base price.

The best BMWs of all time