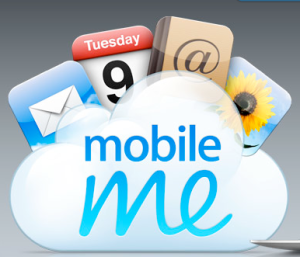 With Apple’s launch of a new line of MacBook Pros today, it’s easy to forget that the Cupertino company has another event planned for March 2, less than a week away. We already know that event will include the launch of a second-generation iPad. But rumor has it that Apple will also announce a free version of its MobileMe cloud computing service.

According to MacRumors, Apple has discontinued sales of both the retail box versions of MobileMe, as well as removed the software from its online store — all of which signals an update to the service. The 60-day free trial of MobileMe is still available.

In addition, Apple Insider conclusively reported on Wednesday that Apple’s massive North Carolina data center is set to open this spring. The facility, which cost a reported $1 billion to build, is five times larger than Apple’s current primary data facility in Newark, California. Most importantly, however, the data center will “support iTunes and MobileMe services,” an Apple spokesperson said during the company’s annual meeting with shareholders earlier this week.

The admission that the data center will be used for iTunes and MobileMe has only further fueled speculation that the two could soon become integrated, bringing into existence a cloud-based iTunes, a rumor that has been stewing in the tech-spec cauldron for ages.

Earlier this month, the Wall Street Journal reported that an updated version of MobileMe would become the “focal point” of a new “online music service that Apple has been developing for more than a year.” The new MobileMe would enable users to access their iTunes library from their iPhone, iPad or iPod Touch.

The WSJ report also indicated that MobileMe, which currently carries a $99-149 annual subscription fee, could serve as a digital online “locker” where users could store personal files, like music, pictures and video.

All of these rumors remain impossible to confirm. But between the opening of the new Apple data center and the discontinuation of MobileMe sales, it’s clear that something is happening with the service. Whether or not that something will be unveiled to us during the March 2 event is still unclear. We’ll just have to wait and see.

How to cancel a Twitch subscription on desktop or mobile