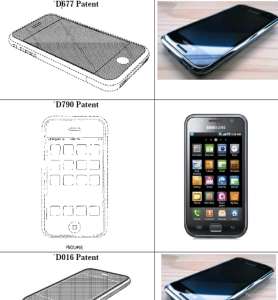 If any of Apple’s competitors were hoping the computer giant might in the future take things a bit slower in the litigation department, they’d better think again.

According to a report from Apple Insider, Steve Jobs and his team are hoping to hire more legal experts in an effort to increase its chances of winning both current and future challenges in the courts.

Apple’s jobs board had two vacancies up for grabs, spotted on Friday – a Sr. Patent Litigation Counsel and Legal Counsel, Litigation.

The Sr. Patent Litigation Counsel position involves, for example, “managing and advising the company on significant, complex patent litigation matters.” Between 7 and 12 years of experience are required, together with a “strong technology interest”, with preference being given to “candidates who have significant trial experience.”

According to the posting for the other role, the successful applicant “will be directly and heavily engaged in driving case strategies and ensuring that the work product of outside counsel on Apple’s behalf is of the highest quality and furthers Apple’s strategic goals.”

Those hired will be based in Cupertino, working with a “fun, friendly and outgoing team of lawyers….who work closely together to resolve disputes as quickly and efficiently as possible.”

The postings come a few days after it was reported that Richard “Chip” Lutton Jr., the company’s patent expert, is leaving Apple.

The Cupertino company is involved in a growing number of legal disputes and consequently needs all the expertise it can get. Earlier on Friday an International Trade Commission ruling went in its favor regarding possible patent infringement by Taiwan-based smartphone maker HTC. HTC plans to fight the decision.

It is also in the middle of a legal battle with Samsung related to the design of the iPhone and iPad. Last week Apple asked the ITC to block imports of Android devices made by the Korean company, claiming they infringe on Apple patents.

Apple has also been on the end of patent infringement suits, though one was recently dropped by Samsung.

Whoever fills the positions posted by the company, one thing looks certain – they’ll hit the ground running.

The best Intel processors for 2022
All the products that Apple didn’t announce in 2022
This 15-inch Dell laptop is just $250 today, but it’s selling fast
Best Dell XPS deals: Save on XPS 13, XPS 15 and XPS 17
Almost a week after Black Friday, the Dell XPS 13 laptop is still $250 off
Warhammer 40,000: Darktide will bring your PC to its knees (and you’ll love every minute)
Apple’s M2 Max chip may bring next-level performance to the MacBook Pro
The best laptops you can buy in 2022
This free service just hit a huge website security milestone
Best VPN services 2022: today’s top picks
This stunning DIY gaming PC dream machine is made of glass
Apple will pay $50M to settle the butterfly keyboard fiasco
This 15-inch Windows laptop is a great buy while it’s just $139