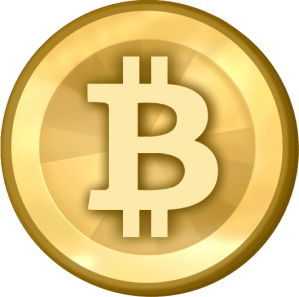 Bitcoin, the anonymous, peer-to-peer e-currency, is among the new spin our virtual world has put on money. And there are a variety of ways it benefits digital transactions: It keeps a detailed log of your online transactions and creates a user-regulated marketplace. Bitcoin has prompted varying responses, being at once heralded as a solution to the current state of the struggling stock market as well as a very dangerous threat to a stable economy. And if US government has taken notice of the emerging global currency, you probably should too.

Bitcoin wants to change currency the way the Internet changed publishing, and essentially addresses a few specific issues. It wants to making online transactions anonymous, do away with transfer fees, and attempt to take some power away from government-centralized banking, as well as disable government ability to simply create and issue money. Anyone with an Internet connection can use Bitcoins and you use various sites to exchange your cash for the digital currency (or sell something for them). You can trade them for merchandise or services, you can exchange them for hard currencies, or you can mine for Bitcoins. Mining isn’t terribly common, but those who are dedicated to it are an extremely important part of the entire scheme. It’s a complicated process not advised to the average user, but it basically means you need a seriously capable computer to run software that generates new Bitcoins.

While Bitcoins are very different than the dollar or other currency, they are still subject to economic woes. There was a significant crash in Bitcoin value this weekend: They went from worth roughly $17 a piece to a handful of pennies on the most-used exchange site, Mt. Gox. It’s being reported a hacked account is to blame and all trading operations have been halted for the time being. Worse than suspended use is the fact that a copy of Mt. Gox’s database has been leaked, meaning user data and passwords are making their way across the Internet.

It appears the security breach is due to Mt. Gox’s vulnerable site and that this alone has caused Bitcoins’ worth to plummet as its value has been maintained on other exchange sites. But the Bitcoin market has been inconsistent to say the least: Their worth has risen to remarkable levels and deflated just as quickly prior to the Mt. Gox hack, which is just an added concern to the entire thing. Symantec also reportedly found a Trojan malware program earlier in the weekend. “The Trojan is Infostealer.Coinbit and it has one motive: to locate your Bitcoin wallet.dat file and email it to the attacker,” the security firm explained in a blog post.

Is there a future for Bitcoin?

While the security breach at Mt. Gox and inflation-prone worth of Bitcoin have likely made non-believers even more disinterested, there is still a strong contingent of Bitcoin users. The more serious users encrypt all their information and loyally defend the organization. The P2P element of Bitcoin is what sets it apart from other e-commerce platforms in general, but this type of networking is what can isolate Bitcoin from finding a wider user base. Without any centralized regulation, security worries and unstable market value could continue and hurt Bitcoin’s long term ambitions. Transforming the way we think about online transactions is difficult enough without these types of setbacks. Which isn’t to say it’s a doomed project, just one that might have a longer evolution then its proponents would like. Despite any roadblocks, the concept is revolutionary and the fact that it’s been able to find its following this quickly is something to consider.

Topics
Microsoft Word vs. Google Docs
The 6 biggest problems with ChatGPT right now
The best web browsers for 2023
If you use PayPal, your personal data may have been compromised
New AMD laptop CPU destroys its predecessor, winning by 90%
Lenovo is practically giving away this 2-in-1 Chromebook today
This micro-LED advancement is exactly what AR and VR needs
An AI-generated TV channel is mimicking ’90s sitcoms to nightmarish effect
LastPass vs. 1Password: should you switch?
How to overclock Intel’s Arc GPUs for better performance
I asked AI to recreate the best Super Bowl commercials — to hilarious and horrifying effect
Samsung’s crazy rotating 4K gaming monitor is $700 off today
Best Lenovo Laptop Deals: Save up to $2,287 today